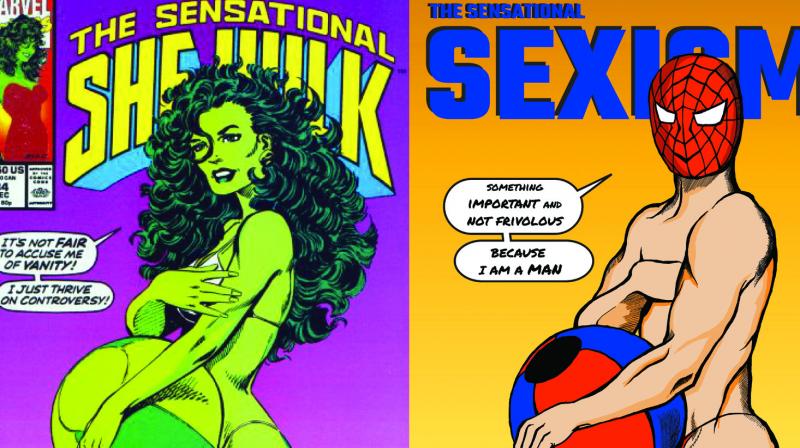 An image from Shreya’s ‘Sexism In Comic Books’ series

If the platitude 'books are better than movies' is anything to go by, comic books should have been at the prime of a cultural boom and creative renaissance. Unfortunately, in the fantasy realm of comics, this is a far-fetched idea. Warfare and saving the world still remains a male prerogative, leaving big-bottomed superheroines to choose between striking a seductive pose and wielding a jagged sword, all for the male gaze.

Knackered by these unnatural depictions, 21-year-old Shreya Arora decided to redraw these hyper-sexualised female heroines on comic book covers and replace them with men posing as women to highlight the absurdity, “I've been reading comic books for a while, but I didn't notice how deeply sexist some of the portrayals were until I came across a cover of Spiderwoman drawn with impossible body proportions, her butt sticking up into the air,” says Shreya, who is a student at the National Institute of Design in Ahmedabad.

Her path-breaking series titled 'Sexism in Comics' blatantly cuts through these scathing stereotypes while making a strong commentary on the deep-seated sexism in the billion-dollar Marvel and DC comic industry. While initially, Shreya contemplated on the two major arguments—the objectification of women, and second, sexual liberation—the realisation that a man would never be portrayed in that way, struck her right between the eyes. Therefore, through these depictions Shreya wanted to point out the fact that, “Our model of sexual liberation is hypocritical and that the world expects women to either not have a sexuality, or to have one at the convenience of men,” she explains.

Arguably, the male gaze dictates many of these standards and the two have become impossible to separate. “Sexism extends way beyond sexualization, and the identity of women in Indian comics (and media in general) is much more strongly tied to the men in their lives,” she says.

These books, however, are largely targeted at children and teenagers and their interaction with these books can greatly influence their idea of women. “A child has had much less conditioning of any kind than an adult, so there's less sexism to unlearn,” says Shreya, emphasising on the need for more gender inclusivity in the comic book space. 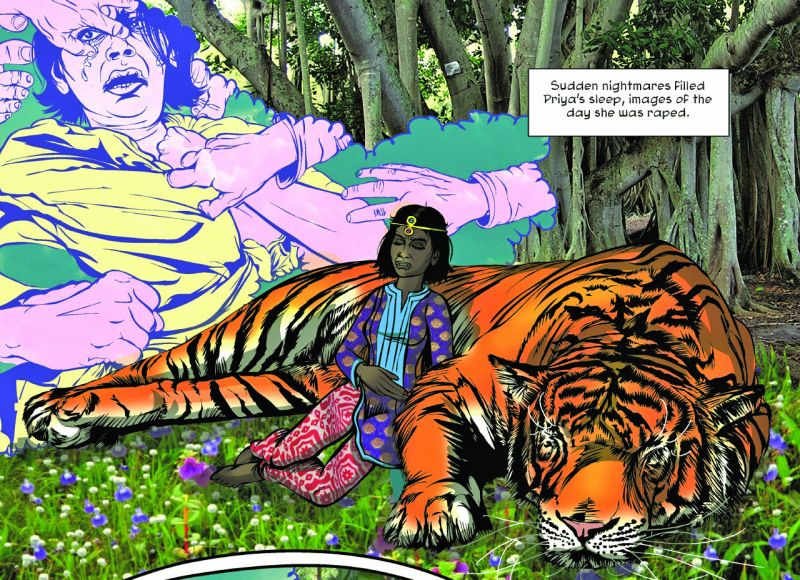 A page from the graphic novel Priya’s Shakti

On the other hand, most of us might callously indulge in the catchphrases, ‘Man up’ or ‘Stop acting like a girl’, without understanding its connotations. This is precisely the reason author Aparna Jain chose to title her latest book, Like A Girl: Real stories for tough kids, “I think the idea was to showcase women who are strong and amazing and are doing amazing things and it is equally so for every gender as it is for girls,” she clears.

The book features 56 women whose biographies touch upon topics such as sexism, cast, mental health, rape, people with disabilities and sexuality. Inspired by Goodnight Stories For Rebel Girls written by Elena Favilli and Francesca Cavallo, Aparna wanted to expose children to these topics at an early age and offer them real role models, “I find a large part of our thinking and the way people speak comes from your childhood, it comes from what you've been exposed to. I find a lot of parents don't have the language or the skills to talk to their children about these topics. Children read and there's no better way to explain to them than a story or a book or through a concept which is in a story,” suggests the author who is also a leadership coach. 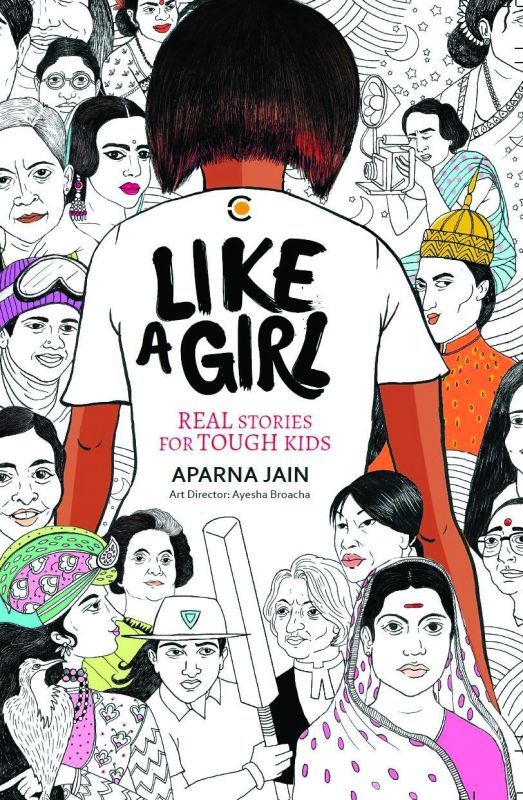 The author also feels that these stories could become early gateway points for parents to initiate such conversation with their kids, “I think firstly parents need to start talking to their children about these concepts in a much more open, debate kind of a fashion. Parents need to get involved and they also need to open their minds. So stories are a great way to talk to kids and gather their opinions,” she says. In the same breath, India's first feminist superhero novel Priya's Shakti, which was published in 2014, chooses a rape victim from a village in India to be its protagonist. “Priya is not your typical ‘superhero’ and her strength is her power of persuasion and the power of an idea.

Although she rides a tiger, she has no powers. An idea is much more powerful than Superman's strength or Wonder-woman's magic lasso" says Ram Devineni, the co-author of the novel. The idea of the book shaped up after the Nirbahaya rape incident in 2012. "It was clear to me from the massive protests that happened all over India after the horrible rape on the bus is that we want things to change in our country," says Ram.

While the book was launched at various Comic Cons in India and elsewhere to effectively reach teenagers, the makers wanted to particularly target teenage boys in India as they are at an age where they are discovering themselves and their gender roles. "They are still impressionable and open to new ideas -- especially from their friends, he says. Incorporating difficult topics such as gang rape and acid attacks in a comic book, Ram says it becomes approachable and empathetic. "Readers can relate to the characters and story, and especially the main character - Priya, and understand these problems without being turned off by them."

After thoroughly researching a lot of American comic book female superheroes, especially Wonder Woman, Ram immediately realized that they were portrayed as hypersexual with popular female superheroes being drawn to fulfil teenage boys' sexual fantasies, which is precisely what the author decided against for his book. Ram hopes Priya becomes a cultural icon in India and someone that teenagers can look up to, "The power of the series is that it goes deeper into the complexities of the issues. It is not enough to blame the rapist, rather we need to look at society's faults in creating a culture where this can happen," he signs off.