Mohit Savargaonkar’s meal boxes are a rage with B-town stars, with him not only keeping meals fun but also taking care of dietary needs. 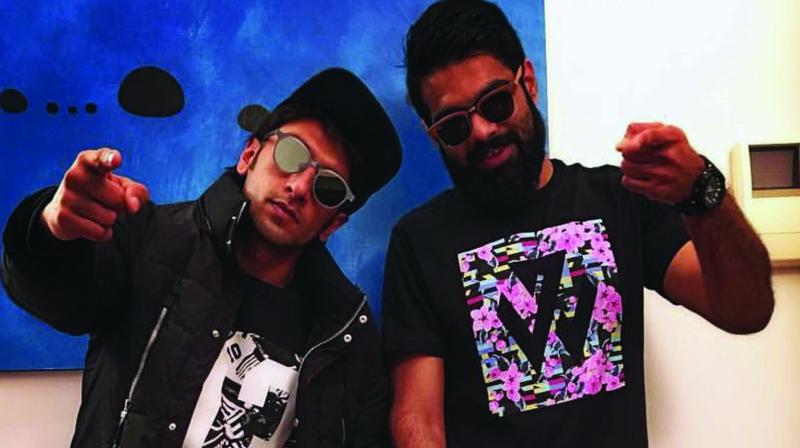 With few more celebrities in pipeline, Mohit now wants to tap into the sports industry.

During the filming of Befikre in Paris, actor Ranveer Singh would often snack on a chocolate berry tart, which had a protein bar base and berries doused in sugar-free chocolate syrup. The bespoke treat was just one of chef Mohit Savargaonkar’s creations, the go-to guy for our calorie-conscious Bollywood stars. “Ranveer has a massive sweet tooth and out of his six meals, two are sweet dishes,” says Mohit, who after finishing his bachelors from IHM Goa, moved to New Zealand to complete his Masters. After spending couple of years working as a chef in an organic farm abroad, he wanted to get back home and start something of his own.

In 2013, while still racking his brain over ‘what to do?’, the culinary school grad combined his skills and expertise to churn out a nutritious healthy meal box and offered it to his friend who was training Hrithik Roshan at that time. His first meal box, he recalls, comprised potato chips, tandoori chicken, vegetables and some chutney on the side. The friend then spread the word and within six months, he had the whole Bollywood eating out of his hand.

Mohit’s POD Supply (Personal optimised diet) fuses science, nutrition and the art of cooking in a box that has the required amount of carbohydrates, proteins and nutrients. “One of the major setbacks I noticed was the eating habit of the stars. The clients weren’t looking for organic or fresh food, but food that is micro managed. Their boxes had to be filled with certain amount of macro and micronutrients for them to go through their whole day,” he says. And soon Mohit became the go-to chef. Be it Ranveer Singh, Arjun Kapoor, Shahid Kapoor, Alia Bhatt or Jacqueline Fernandes, all relish his meal boxes.

The 28-year-old reveals that while Ranveer can’t stand the sight of broccoli, olives and curd; Alia prefers variations to her simple dal khichdi. “Raveer is someone who loves experimenting with his meals. Majorly, all his meals are protein driven,” says Mohit.

Arjun Kapoor, who was a regular client two years ago, will be starting again in next couple of weeks for his new film. Shahid Kapoor’s meals are fuss-free vegetarian meals. Talking about Alia, who was prepping with him for Bhramastra for the last four weeks, he says, “She is so tiny that one might think she eats only diet food. But dal khichdi and achar is her staple food for lunch and dinner. So I mainly play around dal khichdi, making it in different flavours like dried tomato or pesto, just to keep it interesting.”

The newest client to join their bandwagon is Manisha Koirala who made a comeback with Sanju. “She has a specific diet that goes well with her medication. And currently she is on a keto diet trying to lose some weight,” he informs. While he caters to a goal-oriented crowd, there are also those just want to eat healthy. “Someone or the other from the Raheja family is eating my meals. The family is scattered between Juhu to Bandra and I send around four-five boxes,” says Mohit.

But with Gautam Singhania, he has to be all the more cautious. Apart from being a businessman, Gautam is also a racer for Ferrari. Working on the brief given by his trainer, anything the industrialist eats should make him feel good. “He is a vegetarian and food has to be low on spices. We give him the basic Indian cuisine but with variety,” he says.

Ask him about that one client who is the most fun working with, and pat comes the reply, “Hands down Ranveer Singh.”

Still in its beta stage, Mohit is also planning on building a vanity kitchen that would accompany actors to shoot locations in and around Mumbai. The first one is being built for Ranveer. Though work consumes most of his time, Mohit never misses his once a year vacation. After a month-long vacation in Amsterdam, he plans to visit Croatia. With more celebrities, he now wants to tap into the sports industry. “We want to get in the Indian cricket team. We are also looking at how we can help India with the 20-20 Olympics,” he concludes.