The Fisheries Agency investigation will use an underwater camera to check the condition of the coral off Kyushu. 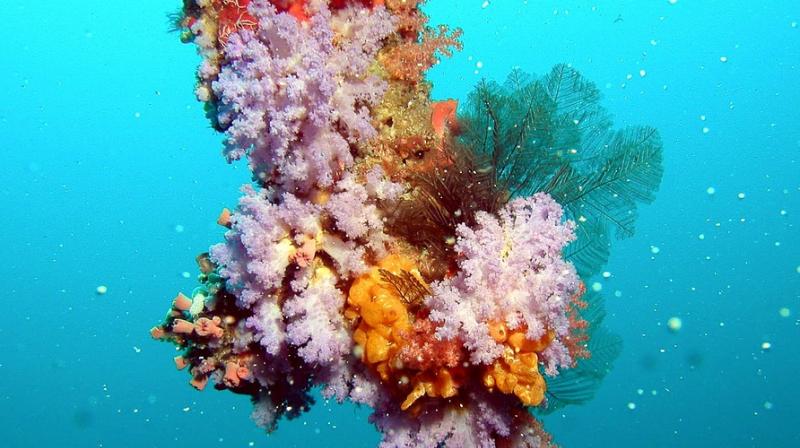 Tokyo:  Japan on Wednesday launched a study into whether precious coral was being illegally poached by Chinese fishermen off its shores to be sold for use in jewellery.

The Fisheries Agency investigation will use an underwater camera to check the condition of the coral off the southern island of Kyushu. It also aims to find evidence such as traces of fishing nets possibly used for poaching precious coral, an official said.

Precious coral, a species of coral which is usually red, pink or white in colour, and takes years to grow, is popular in parts of Asia for use in ornaments and for jewellery. In 2014, the Japan Coast Guard reported a surge in the number of Chinese boats fishing for coral in Japanese territorial waters, prompting a similar study the following year near the southern Ogasawara islands and Okinawa.

Authorities now fear the alleged poachers may have shifted to the Kyushu coast. "We no longer see many Chinese poachers like we used to near the Ogasawara islands, but we're carrying out the study as we have still spotted some ships" near Kyushu, the official told AFP.

The study will take place off the western coast of the southern island of Kyushu until September 4. To counter coral poaching, the government in 2014 revised laws on illegal fishing in the country's exclusive economic zone (EEZ) and tripled the maximum fines to 30 million yen ($270,000).

In July, Japan arrested a Chinese skipper off Nagasaki prefecture for allegedly violating the fisheries law after precious coral was found his ship, according to the agency.