Apart from gender sensitisation cells, there exist university clubs and societies for students who identify as queer. 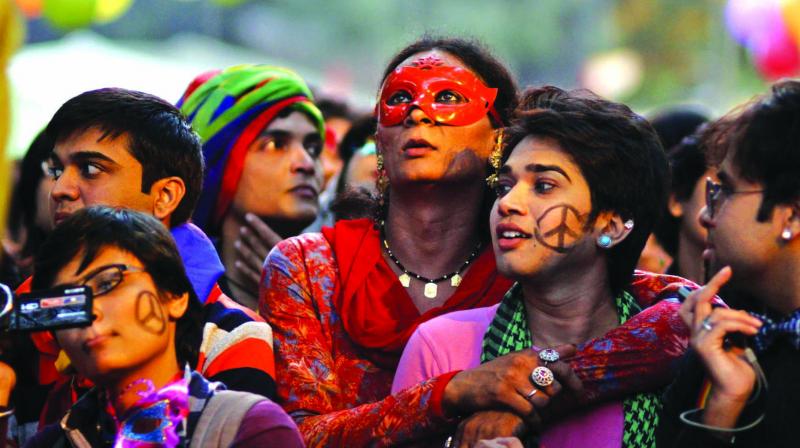 For representational purposes only

As Delhi colleges are about to welcome the first batch of new students since the historical Section 377 verdict, we wonder how much of a safe space have institutes created for queer students.

It has been almost a year since a historical judgement was unanimously passed by a panel comprising of five judges at the Supreme Court. Yes, we speak of the judgement that decriminalised homosexuality. But even though Section 377 has only been partially struck down, one wonder how  successful educational institutions, especially colleges, have been in creating a safe space for people who identify as queer.

Delhi University’s admission season has been underway in full swing. It is, however, about to come to an end and a new batch of students will be witnessing the college culture for the first time. Therefore, it becomes crucial that everyone is able to express their identities.

Last year, in January, the Delhi University Students Union created a gender sensitisation cell that aimed to promote a healthy and safe environment for students, irrespective of where they stood in the gender spectrum. Unfortunately, despite  the formation of such cells, there is still a dearth of administratively-sanctioned mechanisms and policies to bring about a change at the grassroots level.

Apart from gender sensitisation cells, there exist university clubs and societies for students who identify as queer. These clubs provide spaces for individuals to connect with like-minded individuals and attain a feeling of commonality.

Ruth Chawngthu, founder, Nazariya LGBT, comments on the current scenario of queer-friendly societies in universities across Delhi and more specifically DU, “As of now there are no official queer societies in Delhi University. All the support groups and alliances function independently because the administration does not support them.” She then goes on to add, “So the scenario is still very bleak for support groups in terms of official recognition. However, in terms of membership they have grown tremendously over the years.”

When asked about whether the increase in the number of openly queer students nowadays has improved the situation or not, she responds, “The situation has improved post the partial scrapping of Section 377 and I'm hoping it'll improve more as we progress with future amendments and changes in the law. There have been many informal support groups sprouting in and around Delhi University and we're hoping to see much more.”

And just in case you thought that college life in general is going to be tough for a queer student, take the example of Devansh Ahuja, a Noida-based college student. He says,“I was in the closet when I was in  school, and things were terrible. I was bullied for being too femme, but my college life on the contrary, couldn't be better.”

He further adds, “I have the most supportive friends and they love me for being the unapologetic me. When it comes to participation and co-curriculars, everyone is treated the same, and my sexuality has never been taken into account.My college life has helped me express and accept my queer side, and I couldn't be more happy.”

Just as school was, college life can definitely get daunting. However, remember to wear a smile and be yourself. Many others have done that, and it has paid off immensely.