Some radio channels prefer to not step on the line as their policy. 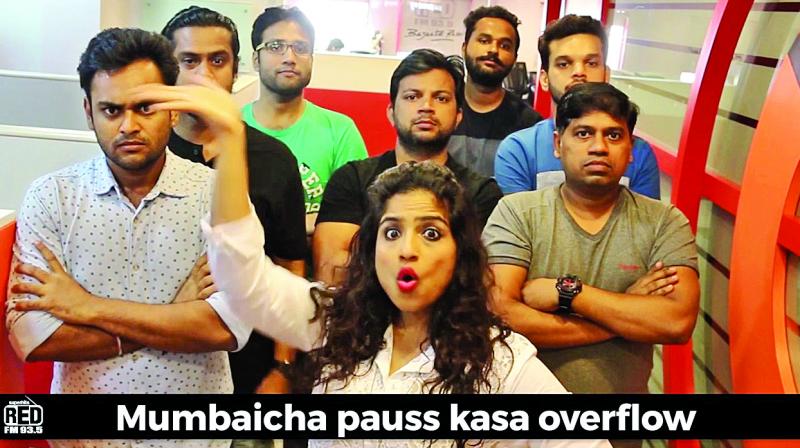 A screengrab from the video.

Mumbai, tula BMC war bharosa nai ka (Mumbai, don’t you trust BMC?) echoed a familiar voice over airwaves. That Mumbai rains bring along with it a plethora of other problems is no news — traffic, potholes, train delays and water logging are issues that only escalate every year with the onset of monsoon in the city. And when RJ Malishka brought these problems to the fore with an innocuous parody it only rattled BMC’s cage.  The musical criticism did not go down too well with Shiv Sena and the party workers slammed the FM channel and its RJ — with their own bizarre version of her song demanding to know why they were trying to defame Mumbai. This comes right after stand-up group AIB were hauled over the coals for their Narendra Modi post.

Former RJ and singer Mihir Joshi feels that the RJ was just doing her job, “It is a radio jockey’s responsibility and job to tell people of all the problems plaguing their city and Malishka has been doing it for so many years. It was an interesting satire and instead of replying with their lame version of the song, the BMC should have focussed on the message behind it and taken cognisance of all the problems. People in power need to be constantly reminded of their duties,” he rues.

Some radio channels prefer to not step on the line as their policy. “We usually prefer keeping politics and religion out of our shows. India is a sensitive country and everyone has their own icons — while they consider it to be easy to lampoon certain role models, they get offended at the other,” says RJ Anirudh Chawla. So should creativity be culled while highlighting important issues due to the fear of getting embroiled in a controversy? “Content creators don’t create content to be controversial, it just gets unintentionally controversial, she wasn’t trying to incite violence, hurt sentiments, abuse someone or abuse/insult them. The irony is the potholes are still here,” Mihir says.