Today, on Father’s Day, we tip our hats to those who have personified fatherhood by their actions, and have been there as a friend, mentor and guide. 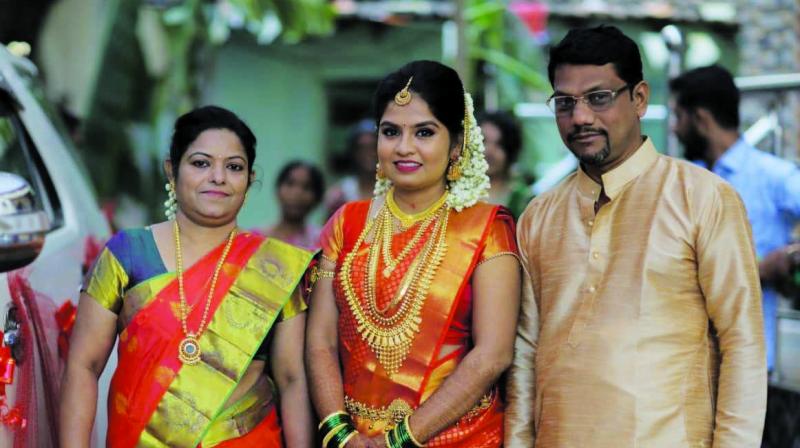 Anita with her parents on her wedding day

While it is common knowledge that Father’s Day is celebrated on the third Sunday of June every year, not many of us know that it was championed by a woman called Sonora Louise Smart Dodd, who wanted to honour her father, William Jackson Smart, a civil war veteran and widower for dedicatedly raising her and her five younger brothers after their mother passed away. Dodd spent half her life trying to get Father’s Day nationally recognised in the United States, and today, individuals around the world mark the day by celebrating the father figures in their lives. And it’s good that we do because, very often, the chaotic currents of life keep us too occupied to sufficiently acknowledge the contribution of these men, who toil away, steadfastly and selflessly to better us and our lives. Today, on Father’s Day, we tip our hats to the men who have personified fatherhood by their actions, and have been there, as a friend, mentor, guide and protector for their children, despite the curveballs life has thrown their way. 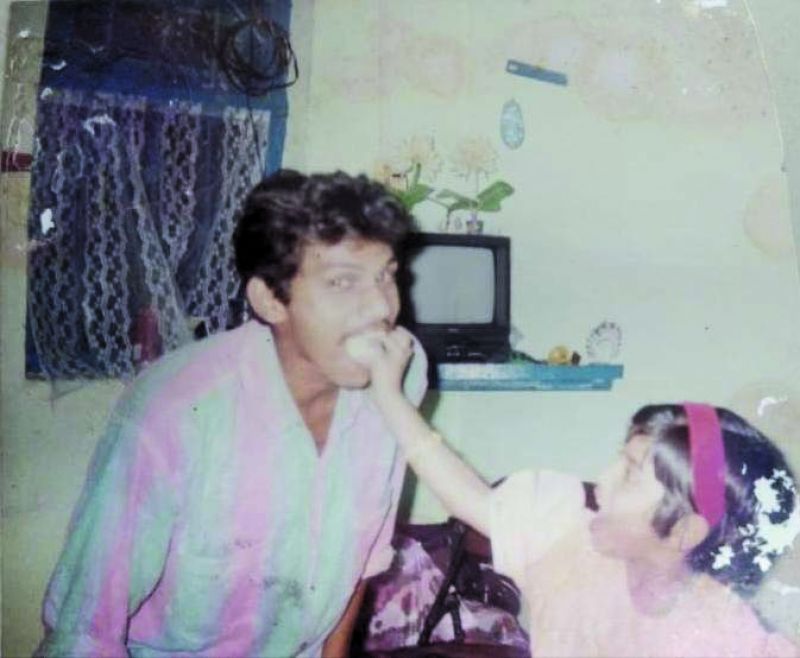 Anita with her stepfather

Twenty-eight-year-old Anita Joshi, grew up knowing just one man as her father, the man she had played with as a child and called ‘papa’. “However, it was in the eighth standard that I found out that he was not my biological father,” shares Anita, whose mother had left her first husband to escape an abusive marriage. Her mother took the first train out of Kerala and found herself in Mumbai, where she earned a living as a nurse. There, she would often leave her toddler daughter in her brother’s care, who lived with his colleague, Unni Achari. “Unni would play with me, and I developed a close bond with him and would call him papa. He too got so attached to me that he decided to marry my mother and build a home with us,” says Anita. Although her stepfather and mother never officially married, because of annulment issues with the first marriage, Anita says that her parents have been living together for 26 years now and that there has never been a shortage of love, affection and care at home. Despite the unconventional set up, Anita says that it never impacted her future and that she owes her success to her stepfather. “I am a mechanical engineer today, and that’s all because of him. He motivated me to pursue whatever I wanted to and become whatever I desired too. In fact, he chose to not have a second child, so that I never felt less loved. Sharing this story is my way of thanking him,” she says. 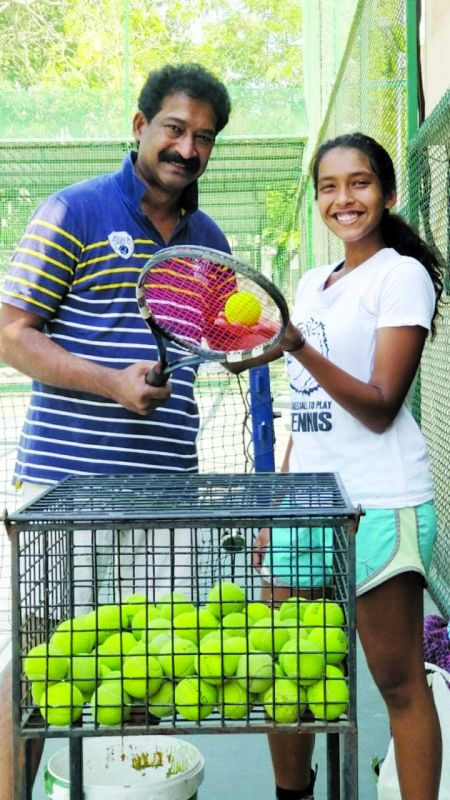 I am a national level tennis player and it all began with an evening walk with my superdad Henry Menezes, at Kalidas Sports Complex, Mulund at the age of nine. I enjoyed watching a tennis match being played and insisted that I wanted to play the sport. In two days, my dad enrolled me in the academy.

Knowing that tennis is an expensive sport, he did not think twice before supporting me both emotionally and financially the day I decided to go professional.

I used to have my tennis sessions as early as 6:00 am at Shivaji Park and every single day he would wake up with me and accompany me. My dad is a former international football player and has been the captain of the Indian football team for eight years. His stories always energised and motivated me to go out there and give my all on the court. He would always tell me, “Serah, the world is yours, go and conquer it. I'll stand as a pillar behind you.”

In spite of being a busy man and the sports icon that he is, he has never refused to accompany me specifically when I wanted someone to tag along for tournaments anywhere in the country. I had days when I didn't want to train at all and felt really low about my failures, but my dad would not go to work and be by my side at home and talk me out of it. He never gave up on me. I look up to my dad. He is my role model and hero. 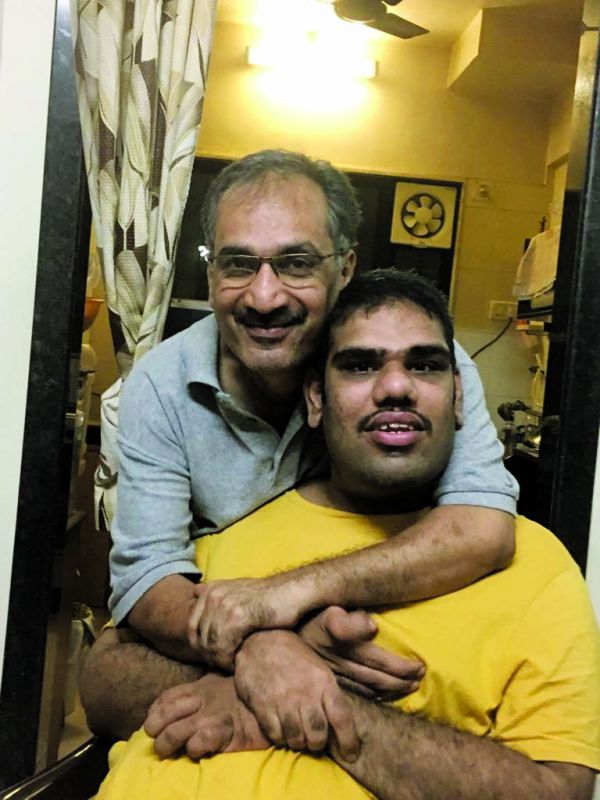 Raising a child is challenging, but it gets all the more so if you have a child with special needs. Samantha D’lima tells us how her dad, Lancelot, left a well-paying job in Dubai in 2003 to be with his family and 8-year-old son in Mumbai. Having been diagnosed with congenital hyperinsulinism and Autism spectrum disorder in his childhood, his son Joshua needed special attention and care, which the mother was finding it hard to provide alone. “Dad coming back made a huge difference, from disciplining my brother to helping him become more receptive and interactive. We needed dad around, even for his physical strength, as Joshua was growing older. But after dad came back, we stopped looking at Joshua as only a child with special needs but as being a part of the family,” shares Samantha, adding, “Dad really didn’t have to come back from Dubai. He had his independence there and his friends. But he left all that and came here, with no job prospects or heavy savings, just for his son, and for us.” 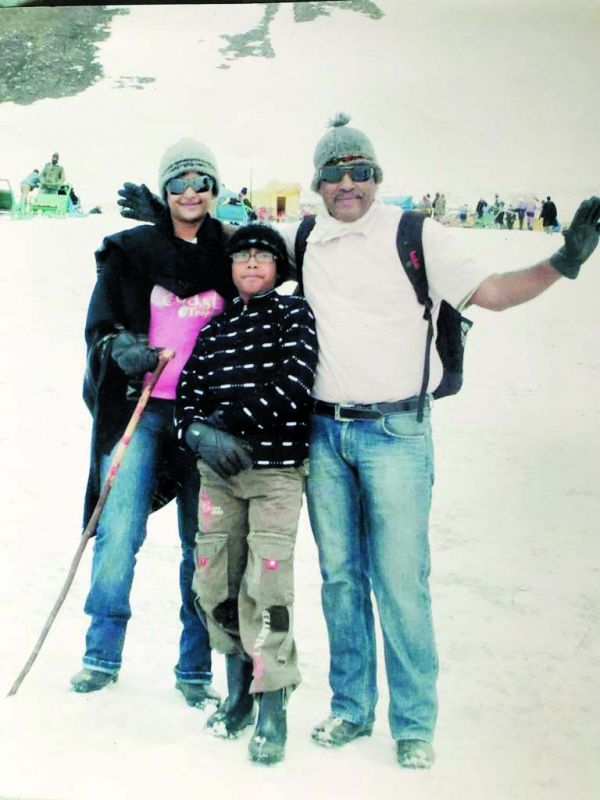 Retired photojournalist Kevin D’Souza remembers things changing overnight after his wife passed away in 2013. He found himself having to fulfil the roles of mother and father to his eight-year-old son and 15-year-old daughter. “It’s very difficult, especially if you have a child in school. You have to juggle parenting responsibilities and professional obligations single-handedly. You have to make changes in your social life, because your kids take priority over everything else,” he shares. Kevin is grateful to his colleagues, who would accommodate his request of being assigned assignments post 3 pm, so that he could be there for his children in the day. Initially, it was difficult for my children too, my son still recollects moments with his mother and my daughter would cry sometimes. But I would tell them to be strong because that’s what their mother would have wanted,” he adds. But the adversity has left him stronger as Kevin says, “I’ve had to learn patience, and I’ve also learnt to cook so many dishes. You have to multi-task when you’re all alone at home.”