From octopus to starfish, it rained seafood in this Chinese city

It is believed creatures were brought inland by waterspouts which sucked them out of Yellow Sea. 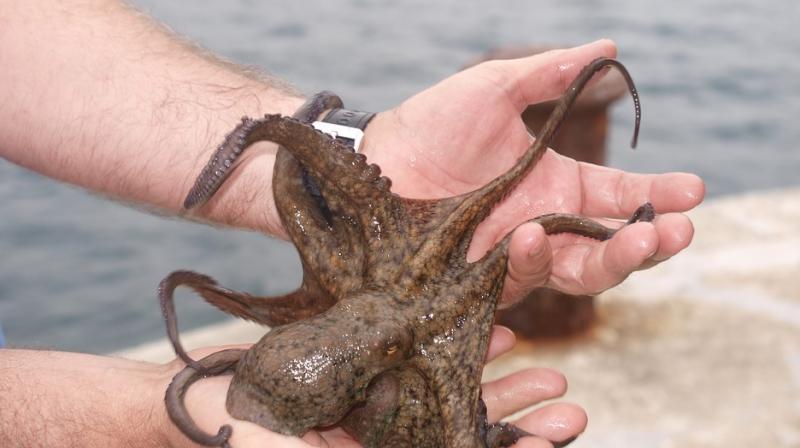 Meteorologists say it is not uncommon for tornadoes to transport marine life hundreds of miles from their habitats. (Photo: Pixabay)

It a bizarre incident, it turns out that recently China saw octopus and other sea creatures raining from the sky after being sucked out of the ocean by a violent storm.

The incident happened in the coastal city of Qingdao in eastern China's Shandong Province.

While the incident may seem too fantastical, fish can actually be sucked up from the sea by tornado strength winds which form a waterspout. The animals can then be deposited hundreds of yards or even miles away after being released by the wind.

Something similar happened in 2017 in Mexico when fish rained from the sky in the town of Tampico, and a downpour of fish in the town of Kerala, India in 2008.

The Chinese Meteorological Administration, China's national weather agency, confirmed there had been a number of sea creatures blown onto the land by a waterspout.

According to the city's meteorological service, the hurricane-force wind speeds generated during the storm set a new all-time record for June and the wind and hail caused widespread destruction throughout the city .

It is believed the creatures were brought inland by waterspouts which sucked them out of the Yellow Sea.

Meteorologists say it is not uncommon for tornadoes to transport marine life hundreds of miles from their habitats.