Taking giant steps towards a cause

Poorva Patil was at the annual STI forum at UN headquarters in New York, mingling with like-minded youngsters motivated for a cause. 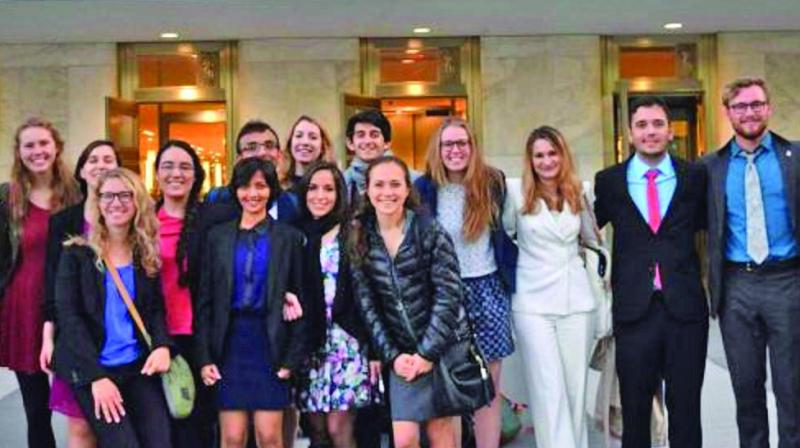 It was one fine evening when Poorva was walking with her family when she saw over five hundred starfish washed ashore.

As a kid aged six, Poorva Patil loved beaches and would often take a stroll with her mum and brother on the beaches of Ratnagiri. It was one fine evening when Poorva was walking with her family when she saw over five hundred starfish washed ashore.

This was the first occurrence of its kind that left a deep impact on her young mind, she reminisces. “I remember spending three hours on the beach that day, throwing all the star fishes back in the water as they were struggling to breathe. I asked all the adults in the family a lot of questions and finally understood that it was the increasing pollution and filth that was destroying nature,” Poorva shares.

Today, as an 18-year-old young teenager, Poorva was the only student member to be selected from the Asia-Pacific contingent in the medical healthcare sector from the IFMSA delegation. The feisty youngster was a part of the second Multi-Stakeholder Forum on Science, Technology and Innovation (STI) for Sustainable Development Goals (SDGs) at the UN headquarters in New York.  She participated under MGCY which is the General Assembly mandated space for the meaningful engagement of children and youth in intergovernmental and allied processes within the UN related to sustainable development. It is entirely youth-led and facilitate by peer-selected volunteers across 16 intergovernmental framework. It launched Vision for Youth in Science Tech and Innovation at the UN and Beyond at the UN forum to enhance spaces for youth in science-policy architecture of the UN. 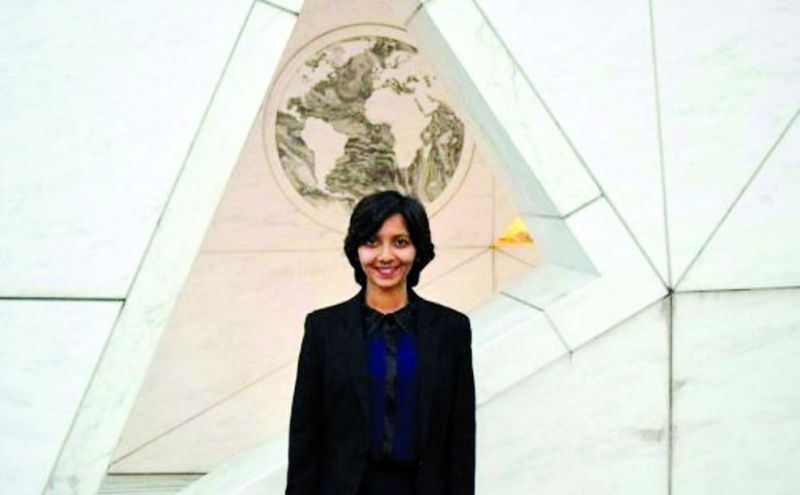 After the incident, Poorva made sure to associate herself with a variety of causes. Her mother who is an ophthalmologist would often treat patients free of cost in spite of the fact that they were not financially sound back then, “I wish to follow my mothers footsteps too, because then it’ll give me the time for other activities and volunteering for the causes which I support,” says Poorva who is currently pursuing her MBBS at Kasturba Medical College.

The experience at the UN headquarters was an enriching one, “The youth abroad is very involved and active in spreading awareness about the sustainable goals of the UN, whereas in India in spite of the fact that the majority of our population comprises youths, we are still not able to actively participate as much as we should. Some of us are not even aware of the Sustainable Development goals,” she rues.

She is currently is associated with a number of NGOs working in sectors like wildlife, women empowerment, healthcare and mental health. A cause, which she actively supports, is education. Studying medicine is not a cakewalk and Poorva admits that she often has to do with only three hours of sleep to follow her passion, “I co-ordinate with most of the organisations that I’m associated with over skype calls or mails. It is difficult to manage but I do it somehow and maintain a balance.

For students and youth who wish to volunteer for the causes they support but don’t know how, Poorva has a piece of advice to offer, “Carefully choose the organisations which align with your goals and write to them. Build communities and start at a ground level, be a part of your college group, find a village close by and help the villagers or simply campaign for a cause,” she concludes.