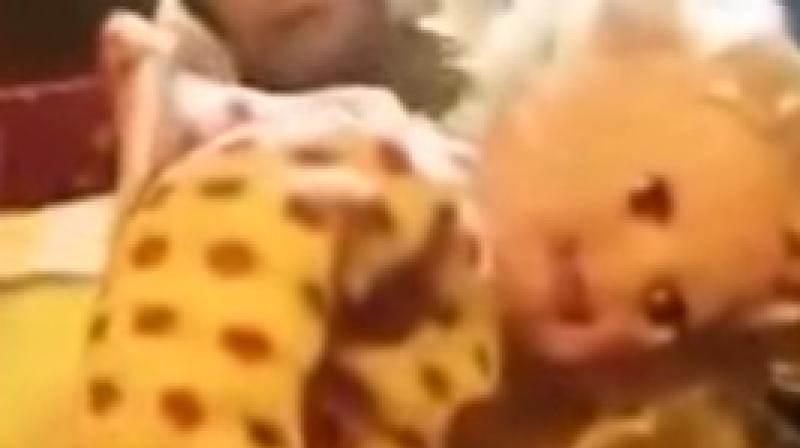 Doll filmed talking and moving despite having batteries removed has taken Internet by storm (Photo: Youtube)

A child’s doll that was filmed talking and moving despite having its batteries removed has taken the Internet by storm.

The Chucky-style doll who some are claiming to be possessed by a spooky spirit has been scaring occult believers around the world after its video emerged online.

The strange phenomenon has happened in Cusco, in south-eastern Peru.

The clip shows the blonde doll responding and talking to a man before she turns up and winks at him. A second clip shows a local pick up the doll to whuch it says thank you.

Strangely enough, when a man opens the battery pack (while the blonde doll moves its head to one side), they realise that it is empty.

The doll keeps up a constant chatter of phrases like, "I'll bring you your happiness", and "Where am I?"

Many watchers believe the doll is possessed by a spirit .

However, not everyone is convinced, with some believing that it must be nothing but an elaborate prank.

Noticeably, the doll brings back memories of the cult classic horror film Child’s Play with its ghostly doll antagonist Chucky. Chucky was the main character that was a serial killer’s spirit inhabiting a creepy-looking doll.

Video footage of the encounters has been seen by more than 61,000 YouTube viewers and tens of thousands more on social media.