Antarctica’s ice is melting faster than ever before 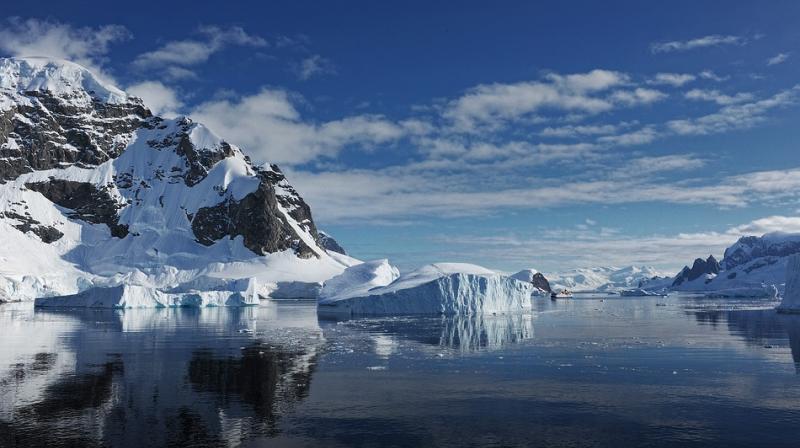 The West Antarctic ice sheet was stable in 1992 but now, a quarter of the sheet is thinning. Should this ice sheet completely melt, global sea levels will rise by over five metres. (Photo: Representational/Pixabay)

Antarctica has been one of the worst-affected continents by global warming and climate change. Now, new research shows that the landmass is losing ice five times faster than it did in the 1990s. Some areas have already lost over 100m thickness of ice already.

With global temperatures rising as we speak, it is no surprise that ice loss is now happening in the interiors of Antarctica too. The Southern Ocean is warming and the glaciers are sliding into the sea. The West Antarctic ice sheet was stable in 1992 but now, a quarter of the sheet is thinning. Should this ice sheet completely melt, global sea levels will rise by over five metres. This would drown all major coastal cities in the world, reported The Guardian.

The Geophysical Research Letters journal published a research showed that thinning ice has progressively spread to the inlands over the past 25 years. “The speed of drawing down ice from an ice sheet used to be spoken of in geological timescales, but that has now been replaced by people’s lifetimes,” said Andy Shepherd, professor at Leeds University, UK.

Thinning of the ice has extended 300 miles inland and more than 50% of certain glaciers have been affected. “We are past the halfway mark and that is a worry,” said Shephard.

While it was known that ice is being lost from West Antarctica, this research shows exactly how much, and how fast. It gives an idea to make projections about the rising sea level and to make necessary preparations for the worst-case scenarios.

“Along a 3,000km stretch of West Antarctica, the water in front of the glaciers is too hot,” he said. This causes melting of the underside of the glaciers where they grind against the seabed. The melting lessens the friction and allows the glaciers then to slide more quickly into the ocean and therefore become thinner,” explained Shephard.

A separate research revealed shocking statistics. Ice loss in the Antarctic region has increased six fold since the 1980s. It showed that ice melted from Antarctica has caused 5mm rise in sea level since 1992. The East Antarctic ice sheet contains enough ice to raise global sea levels by 60m. It has been so far declared stable, but a research conducted in December revealed that it showed signs of melting too.

Other than Antarctica, vast ice melting has been observed in Greenland as well and is the current reason for rising ocean levels. If carbon emissions are not cut down drastically, sea levels could rise faster than anyone anticipated.

“Before we had useful satellite measurements from space, most glaciologists thought the polar ice sheets were pretty isolated from climate change and didn’t change rapidly at all,” Shepherd said. “Now we know that is not true.”