Exciting fight between a crocodile and lion is going viral

It does not end how you think it will 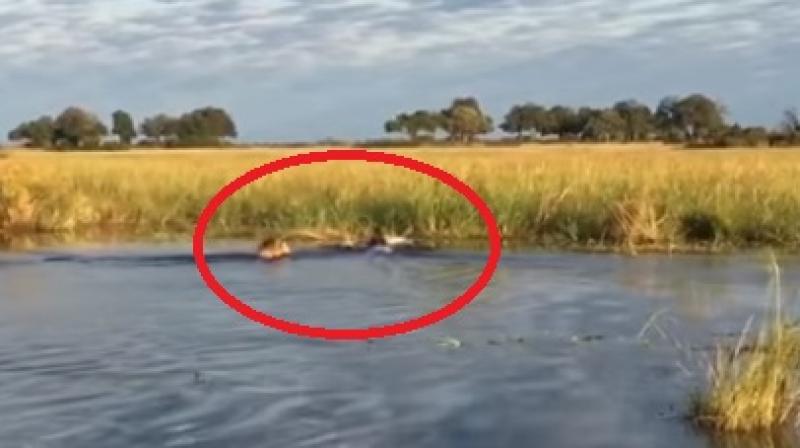 The crocodile gets a strong hold on one of them but as luck would have it, the other lion helps his brother get free from the crocodile before returning back. (Photo: Youtube)

Wild animals have daily encounters and they are some of the most ferocious you can ever see. A lion was recently involved in the most breathtaking fight with a crocodile and he survived only with a little help from his brother.

According to a media report, the footage posted on Youtube is from the Wilderness Safaris’ King’s Pool camp in Botswana where two young lions are seeing crossing a stream cautiously because of a crocodile. However, they go ahead fearlessly but are attacked by the crocodile just before they reach the other side. The crocodile gets a strong hold on one of them but as luck would have it, the other lion helps his brother get free from the crocodile before returning back.

The fascinating video has over 42,000 views with people gasping while hoping that the lion is safe and has crossed without getting hurt too much.