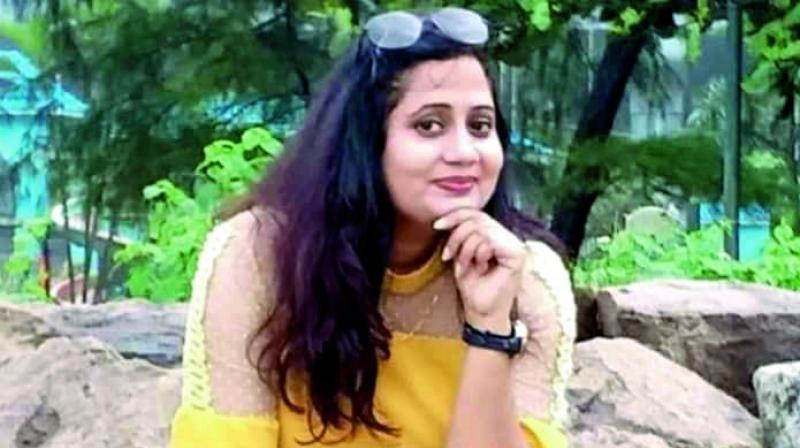 On 20th March this year, a few days before news of the lockdown dominated the airwaves, the entire country woke up to the news that four adult convicts of the six involved in the 2012 Nirbhaya Case  Mukesh, Akshay, Pawan and Vinay were hanged to death in Delhi’s Tihar Jail.

(Readers may remember that the juvenile perpetrator among the six, Mohammad Afroz, was released on 20 December 2015. Ram Singh, the fifth accused, was found hanging from the ventilator shaft in his cell.)

Quite like millions of people across the world who had followed the case in horrified disbelief, the hanging of the four adult convicts was a moment Seema Samridhi Kushwaha, counsel for Nirbhaya’s parents, was also waiting for.

Undeterred and on course

When the ghastly crime happened, Seema was staying in a PG accommodation in Delhi, preparing for her Civil Services exams.

“I remember many parents called their daughters back home after hearing about this incident,” Seema tells us. “While preparing for my exams, I had begun organising women empowerment campaigns and once invited Nirbhaya’s parents as guests for one of the campaigns in September 2013. I got the chance to speak to them personally. It left me very emotional and I decided I had to take up the case.”

But Seema had not known then that the case would take around seven years of emotional endurance  the delay in the Indian judicial systems only made her more determined to win. “With every delay, I decided to follow up on the case more aggressively. I ensured the case came to the bench for hearing and constantly followed it up,” says Seema.

But the gritty and empathetic Seema was unwilling to give up at any point. “The moment I took up the case, I decided I won’t let go till justice was done. I could feel the pain Nirbhaya had gone through. Her will power to survive for 12 days pushed me to succeed,” she explains.

Choosing the fight of her life

For Seema, who hails from Ugarpur hamlet in Uttar Pradesh, arguing a sensational case was a mounting task. While the judicial system and the indifference of the Public Prosecutor were all huge deterrents, what baffled the law graduate the most was when people discouraged her saying the convicts will never be hanged. Indeed, despite the convicts being “sentenced to death”, the process of “hanging” had been delayed a few times something that frustrated Seema.

“I know about the legal loopholes and knew that the more the case dragged on, the better my chances to win are,” she felt.

Added to it all, however, was the endurance she had to exhibit during the trials as the convicts on trial mocked her and laughed at her in the court. Seema soon realised more than once during the trial that her crusade was against not only the convicts, but also the traditional system in which women are subjected to harassment and abuse.

“Every girl is subjected to harassment in some form or the other at some stage. But I strongly feel it a violation of women’s rights because if women are constantly subjected to this discrimination, how can they ever evolve?” she questions.

Seema argued the Nirbhaya Case, her first one, pro bono, burning her pockets and at times walking 3 kms for getting information on the case.

“I practised in the Allahabad High Court around 2006, but this case is of a different magnitude altogether. Arguing in the court, discussing about the case with my fellow advocates and other friends who helped me to win the case was incredible,” she exults.

Post the judgement, though, Seema has over 100 harassment cases in hand. “This may be my first case but not the last. I want to continue my campaigns on gender crimes not only against women, but also men,” she says.

Taking up on a rather heatedly debated topic as we end our interaction, we ask Seema if she believes that death sentences will indeed bring down rape cases.

“Yes, provided the verdict comes within two years. Moreover, several laws are being amended in favour of women, but they are not being implemented because of the hypocritical mindset of the traditional system. So that needs to be fixed too,” signs off  Seema.