The hip-hop revolution in Nalasopara began over a decade ago, when Rohan and team traveled to the US. 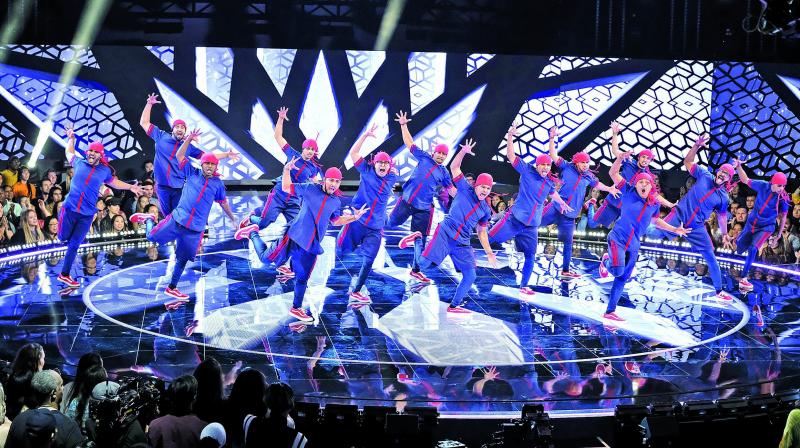 From the narrow bylanes of far-flung suburbs in Mumbai to international dancing platforms, meet the boys who have placed the country on the world map of hip-hop.

Last month, when a Mumbai hip-hop dance group representing India in the third season of the World of Dance left the judges and the audience awe-struck with their dynamic performance, a small suburb in Mumbai came into limelight. Defying multiple odds and embracing daily struggles, the boys of Nalasopara placed India on the world map of hip-hop, carving a niche not only for themselves but also for those who look up to them.

But the hip-hop revolution in Nalasopara began over a decade ago when Bollywood dancer Rohan Rokade got an opportunity to travel to the United States with his dance troop in 2004. Mesmerised by people breaking into a dance on the roads with ease in the US, the Nalasopra resident brought with him DVDs on hip-hop.  “I got to go to the US twice which led to my collection of DVDs on hip-hop. The 1985 movie Breakin' inspired me a lot,” recalls the 39-year-old who spent days watching the DVDs until he came up with his own choreography meticulously put on Bollywood numbers. Little did he know that he would bring back a wave of dance revolution to the suburb. Soon, the dancer formed Rohan and Group, taking hip-hop to dance reality show Boogie Woogie, thereby acquainting Indian audience to hip-hop. “When I did hip-hop, it was new for people here. On top of that, the group performance with all the synchronization made it even more famous,” he adds.

Instantly, the group was a rage and within three years, every child in his area was hopping and thereby changing the face of Nalasopara from merely a nondescript suburb to the hip-hop hub of India. From the ghettos came another group, Suresh Mukurand's Kings United (initially called Fictitious Dance Group) whose journey into the world of hip-hop began in 2005.  “Rohan and Group use to do flips and after they appeared on television, people took an interest. Mainly after the fact that someone from Nalasopara made it to a national platform,” reminisces Mukund.

Twenty-five-year old Akshay, who has been with Mukund since he was 15 recalls how the park next to his house was always crowded with kids doing flips and tricks. “There was a time when you would find 100 children in one place, all doing stunts and flips. At that time, anyone doing flips was called a dancer but slowly the narrative changed and people got more aware of the hip-hop as a dance form,” he says.

While they too appeared on Boogie Woogie to kick-start their career, followed by winning the season 3 of India's Got Talent (2011), it was the World Hip-Hop Championship that encouraged them to do more and embark on international waters. Making their dream come true against all odds, the crew from the lanes of Nalasopara made it to the stage of World Hip-Hop Championship in 2012. They finished at eighth position, defeating Philippine All-Stars from whom they had drawn their inspiration. “We got famous as we introduced certain flips and tricks that were not very popular in India. After that, we got recognition in the dancing community,” says the 31-year-old spearheading a team of around 60 dancers.

It was this journey of the crew that choreographer-director Remo D’souza aesthetically essayed on the silver screen in ABCD2. But the team didn't want rest on their laurels. In their second attempt at the championship with just 20 days of preparation, they brought back a bronze medal, making the nation proud. As their videos went viral, inquiries and offers from abroad started to pour in. “We got offers from America's Got Talent and World of Dance. WOD approached us after watching some of our videos,” he says.

Now at the international stage of dance, Kings United is making the nation proud once again with their thrilling choreography at WOD. So much so that judge Jennifer Lopez threw her million-dollar shoe at them. “The first round was beyond our expectation. Her (JLo) throwing the shoe is a way of showing appreciation to other dancers when the performance is extraordinary. There are five more rounds and so far, we are on top of the scoreboard,” he smiles.

For Akshay, who rocked the stage at WOD, it meant a great deal. “We have closely observed the dance done on that stage so it was surreal to be performing there. We never learnt the basics of the dance as such but emulated what we saw and just knew to give our best and nothing else. I did get nervous and felt that finally, my hard work is coming to life. Suresh has a great way of teaching which really helps,” he says.

Rising from the outskirts of Mumbai is yet another crew V.Unbeatable - comprising 40 dancers- that is making headlines after emerging as the winners of Dance Plus last year. The group was formed by 27-year-old Omprakash who hails from Uttar Pradesh and had come to Mumbai in 2004 to earn a livelihood but got fascinated with the young kids b-boying on the streets. "I met a lot of boys doing stunts and flips. I would spend days at work and evenings practising with them in the park," shares Om who prefixed V to the name of the crew after his friend Vikas who died performing a stunt. Over the years, he honed his skills by watching gymnastics videos on Youtube and reality shows. Thereafter,  he began teaching others and embarking on Vikas' dream to take the crew globally.

Desi tadka
Bollywood is our veins, thus b-boying on desi beats came naturally to these self-taught dancers. "I have never done the authentic hip-hop that is there. We give a Bollywood touch to whatever we do. For us, Bollywood dance is common but it is fresh and new on the international stage. Even when we won the bronze, I used a lot of Bollywood songs," beams Mukund.

V.Unbeatable, on the other hand, has given it a name of their own, called Jhama. "There are stunts that fall under b-boying and hip-hop where we almost fly in the air and land on the ground. We call it Jhama. So now if someone asks us where we are headed, we say 'we are going for Jhama'," laughs Omprakash.