Life   More Features  16 Mar 2018  Chinese man surprised to find out that puppy adopted by him is actually a bear
Life, More Features

The owner was surprised when his pet grew 1.7 metres tall weighing 80 kg in a matter of months. 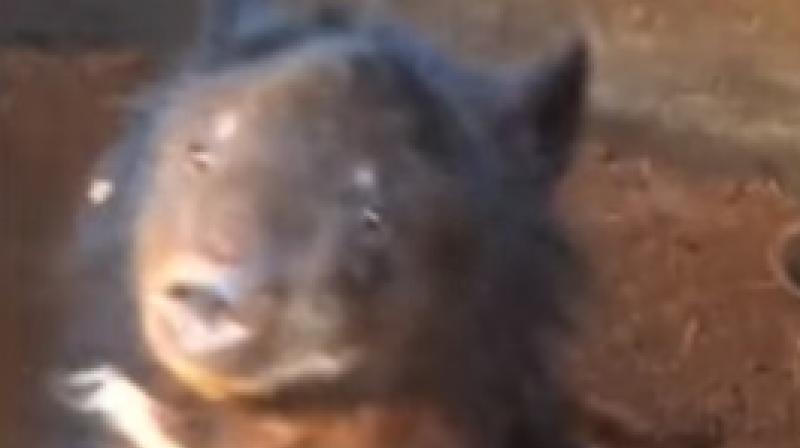 The bear lived with the man for three years until forest department officials found it (Photo: YouTube)

Adopting an adorable furry puppy may seem like a great idea but doing a little background check is also advisable. While a bear may not be common as pets, sometimes fate may have different plans.

When a Chinese man saw a helpless puppy abandoned in a mountain trench, he immediately brought it home. He fed the puppy milk and sausages as it can be seen wearing a leash and playing with another dog in a video.

While it may seem incredible how a dog can stand on two feet, it was soon revealed that the puppy was actually a black bear. The owner was surprised when his pet grew 1.7 metres tall weighing 80 kg in a matter of months.

Upon realising that his furry canine was actually a bear, the man kept it in a cage for safety of other people. The bear lived with the man for three years until forest department officials found it and informed the man that it was illegal to keep an endangered species before moving it to a animal rescue facility.