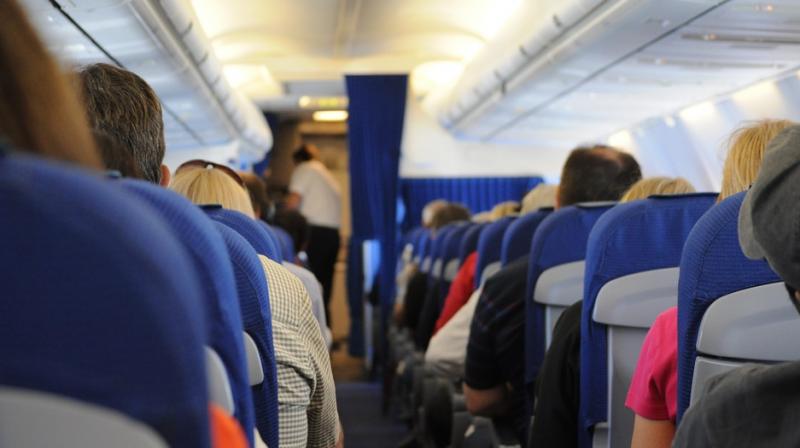 New Delhi: A passenger has documented a 'nightmare'-ish eight-hour flight, where a 'demonic' child screamed and rampaged through the entire trip.

The video shows the child climbing on top of the seats and screaming before the flight from Germany to New York in August 2017 had even taken off.

The clip was uploaded on YouTube by Shane Townley on August 28, 2017, who wrote, "Watch as this kid runs and screams throughout the entire flight while the mother does little to nothing to stop him. 3 years old on a 8 hour flight from Germany to Newark NJ. He never quits!"

In the video, the attendant and the kid's mom can be heard trying to calm down the boy, but all in vain.

As the hours passed by, he can be seen running up and down the aisle and screaming at the top of his lungs, making it all the more difficult for the passengers to experience a comfortable flight.

Child screams like a demon and runs through an 8 hour flight from Germany to ... https://t.co/VK28YGNIKq via @YouTube Mom does nothing. Yeah I’m judging! IDGAF! #badparenting If your child acts like that, don’t put it on a plane for 8 hours.

"That was a nightmare - eight hours of screaming," a person can be heard saying at the end of the video.

On Twitter, while some viewers sympathized with the mother, others blame her parenting skills.

"Child screams like a demon and runs through an 8 hour flight from Germany to ... https://youtu.be/hv1aczlrMsk via @YouTube Mom does nothing. Yeah I'm judging! #bad parenting If your child acts like that, don't put it on a plane for 8 hours," wrote one user.

"I have one of these at home. He drives me nuts. Nothing mom can do and I feel for her. Demonic child torments passengers on 8-hour transatlantic flight," wrote another Twitter user.