Riley, a Weimaraner puppy, has been hired by the museum to sniff out insects and other pests 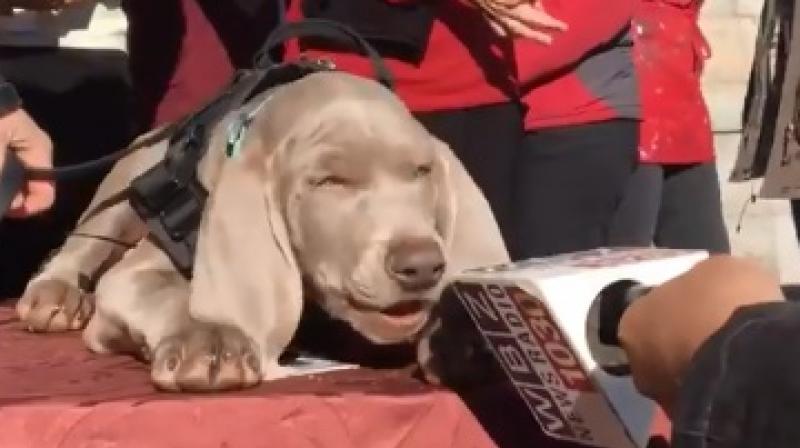 Riley will be trained to detect these pests to add another layer of protection to the already-existing protocols to handle infestations. (Instagram Screengrab/ Museum of Fine Arts)

The Boston Museum of Fine Arts in USA has a new employee.

By far, one of the most adorable hire ever, Riley, a Weimaraner puppy, has been hired by the museum to sniff out insects and other pests that could potentially damage valuable artwork housed at the museum.

The news was first reported by the Boston Globe.

Nicki Luongo, Director of Protective Services and Riley’s owner and handler, presents the pup with an official volunteer badge. He’s ready to report for duty! 🐶 pic.twitter.com/225o5cv33G

According to the museum, Riley will be specially trained to sniff out certain bugs that could damage certain types of artwork like wood, textiles or organic material.

Riley will be trained to detect these pests to add another layer of protection to the already-existing protocols to handle infestations.

Riley made his first public appearance on January 10 where he enjoyed treats at a press conference.

The 12-week-old pup will begin his new job after he has been trained by Nicki Luongo, the museum's director of protective services, reports WCVB.