The exhibition can be viewed at the Special Exhibition Gallery till 7th January 2019. 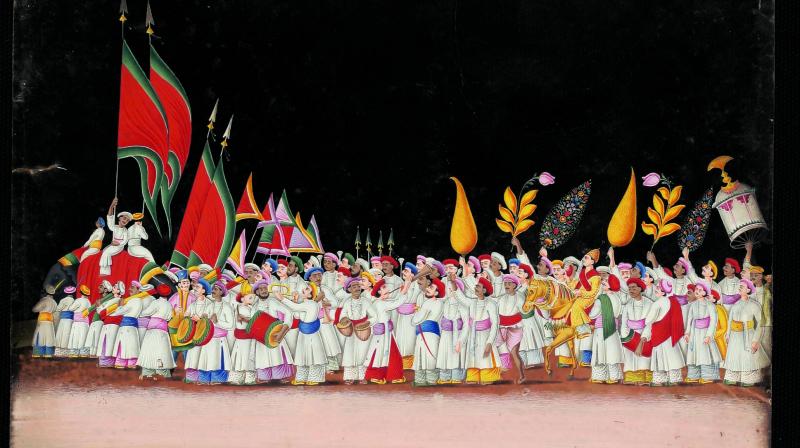 A painting from the exhibition

‘Company paintings’ isn’t a term we hear often, and with good reason, because the last exhibition of this genre of paintings was showcased in New York in 1978. This year, however, Mumbaikars will get to see several of these paintings first hand at the Chhatrapati Shivaji Maharaj Vastu Sangrahalaya (CSMVS) in an exhibition titled Indian Life and People in the 19th Century: Company Paintings from the Tapi and CSMVS Collections. The exhibition, which is the first of its kind in the country, features 120 company paintings made by some of the finest Indian painters of the 18th and 19th centuries.

Stating that this year has seen a spurt in company painting exhibitions all over the world, noted historian and author, William Dalrymple, who inaugurated the CSMVS exhibition says that the reason company paintings have not received the attention they deserve for so many years is because of the name itself. The term ‘company painting’ refers to paintings that display a distinct Indo-European style because they were made by Indian artists, but were commissioned by officials in the British East India Company. It was coined by English art historian, Mildred Archer, who was inspired by the term ‘company qalam’, used by erstwhile artists.

“Throughout art history, there are terms that seem unsatisfactory, but continue to be used because of a dearth of better alternatives. ‘Company paintings’ is one such term, because it seems to honour the patron while overlooking the agency of the artist. It tarnishes the work by foregrounding its colonialism. But, this body of work, commissioned over a 100 years by different East India Companies, holds some of the greatest paintings in Indian art history,” says William Dalrymple.

And the exhibition at CSMVS displays several of these vintage wonders made decades ago in Kolkata, Delhi, Tanjore, Murshidabad, Kutch, Patna, and the Andhra coast.  It also includes paintings from the celebrated Fraser Album (a collection of paintings commissioned by British Indian civil servant, William Fraser) as well as paintings done by influential artists like Shaykh Muhammad Amir of Karraya and Munna Lal. To infuse the exhibition with another layer of reference, some of the first clay figures made in Poona (Maharashtra) and Krishnanager (Bengal), which were popular with mid-18th-century European tourists, have also been included. 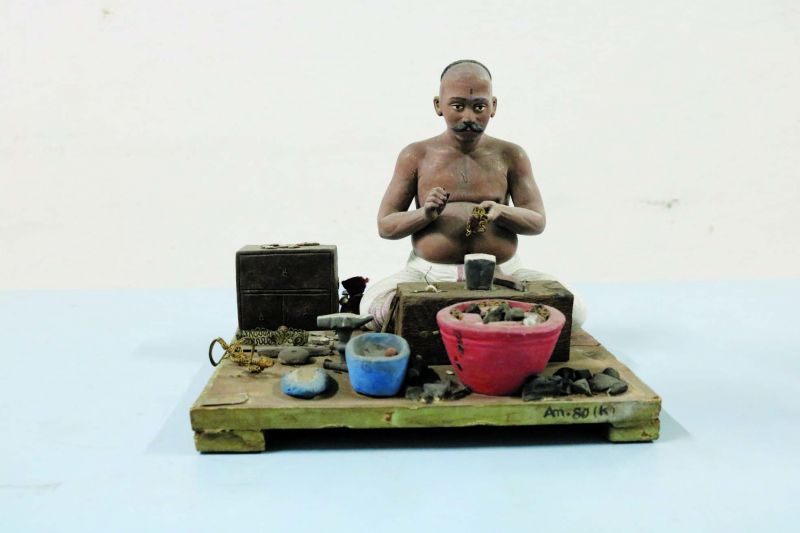 A terracotta figure at the exhibition

The origins of the company school style of painting can be traced back to botanical illustrations made in the years following the Battle of Plassey. Indian painters were asked to document local flora and fauna, but in a manner that appealed to European aesthetic sensibilities. Eager to document all that they saw in their conquered home, these commissions continued and over the years, extended to include local trades, appliances, attires, crafts, casts, bazaars and festivities. Unlike earlier paintings, which had emperors and royalty as their subjects, company paintings offer an accurate representation of common people and their lives, prior to the advent of photography. Some of these paintings even include portraits of European officers dressed in Indian garb, or paintings of them with their Indian wives, highlighting the merging and mingling of cultures.

However, apart from the canvas, this marriage of styles and sensibilities is also reflected in the artwork of these Indian painters, who often used European painting tools along with Indian ones and fused Europeans aesthetic traditions with indigenous ones. “Indian art has always been open to external influences and some of the high points in Indian art and culture have been marked by varying degrees of influence from outside cultures,” concludes William.