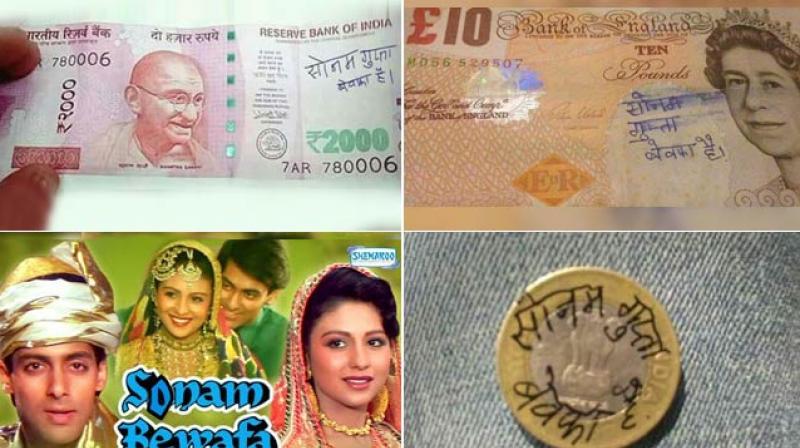 Photos of a certain Sonam Gupta's name being scribbled across currency notes has left the Twitterati chuckling.

A woman named Sonam Gupta has suddenly become infamous on the internet after claims regarding her alleged infidelity were found scribbled across currency notes. People on Twitter can't get enough of sharing and laughing at images of currency notes with the words ‘Sonam Gupta bewafa hai’ written on them.

Some time ago, a picture of a worn out Rs.10 note with the written words ‘Sonam Gupta bewafa hai’ had surfaced on the internet. The same words have come back to haunt this ‘cheater’ but this time on the brand new and much-coveted Rs.2000 notes.

Check out some of the most hilarious reactions to this trend on social media:

Government of India should declare Sonam Gupta as National Bewafa of India! 😂 pic.twitter.com/sJNJvF5JMs

Exclusive photo of the person who wrote 'Sonam Gupta bewafa hai' even on the new note. pic.twitter.com/OcPVaYnqWE