The boy's family in flood hit Vietnam have kept the enormous snake as a pet for the past four years. 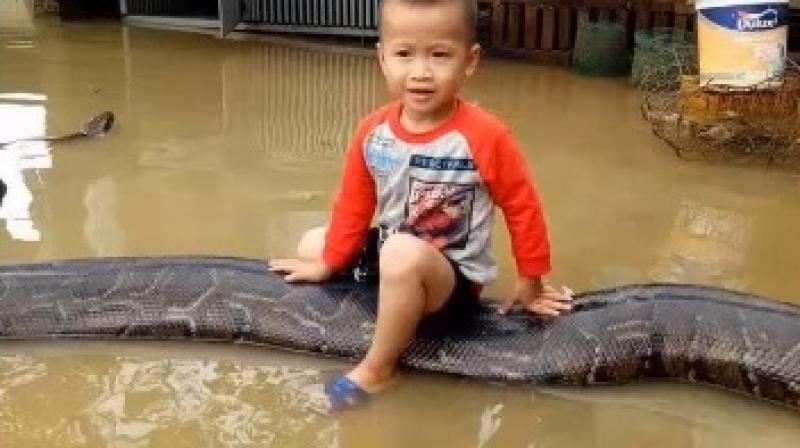 The clip from flood hit Vietnam baffled everyone (Photo: YouTube)

Terrifying stories of enormous pythons attacking people or regurgitating other animals are often reported from across the globe. This is why the idea of these giant serpents being in the company of a child is the last thing that will ever cross anyone’s mind.

The bizarre footage of a three-year-old child riding a 20-feet-long python in flood hit Vietnam has shocked everyone on the internet. While many are puzzled by the unusual scene, the python is actually kept as a pet by the family.

The family have had the 80 kg python for four years and the boy couldn’t contain his excitement when it was playing in ankle deep water. He mounted the snake and even kicked it like a horse.