Here's why sunscreen is harmful to seawater. 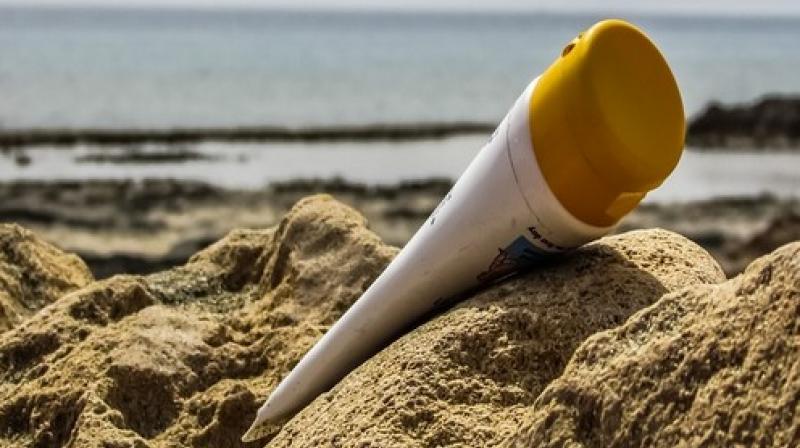 More research is needed to determine how these metals and nutrients, which are normally present at very low amounts in seawater, could be affecting marine ecosystems. (Photo: ANI)

Washington: Researchers studied how sunscreens release different compounds, such as trace metals and inorganic nutrients into Mediterranean seawater, with unknown effects on marine ecology. According to the study published in the journal 'Environmental Science & Technology,' beachgoers are becoming increasingly aware of the potentially harmful effects UV filters from sunscreens can have on coral and other marine organisms when the protective lotions wash off their bodies into the ocean.

Some might choose "coral-safe" sunscreens that lack oxybenzone and octinoxate, the two substances most widely linked to coral reef damage. However, scientists don't yet know what effects other trace compounds in sunscreens might have on marine ecosystems. As a first step, researcher Araceli Rodriguez-Romero and colleagues wanted to determine how quickly sunscreen releases trace metals and nutrients into seawater, and how sunscreen from beachgoers' bodies could impact the overall levels of the compounds in coastal waters.

The researchers added a commercial, titanium-dioxide-containing sunscreen to samples of Mediterranean seawater and observed how droplets of the lotions released various metals and nutrients into the water.

Some compounds entered the seawater more quickly after UV treatment, which simulated sun exposure. Aluminum, silica, and phosphorus had the highest release rates under both light and dark conditions.

The team used these data to develop a model that predicts the release of compounds from sunscreen under different conditions. Then, they used the model to estimate that, on a typical summer day at the beach, beachgoers could increase the concentration of aluminum in coastal waters by 4 per cent and of titanium by almost 20 per cent.

More research is needed to determine how these metals and nutrients, which are normally present at very low amounts in seawater, could be affecting marine ecosystems, the researchers said.