Notes on the nation’s past

Readings in the Shed presents diverse British opinions on India’s colonisation and independence. 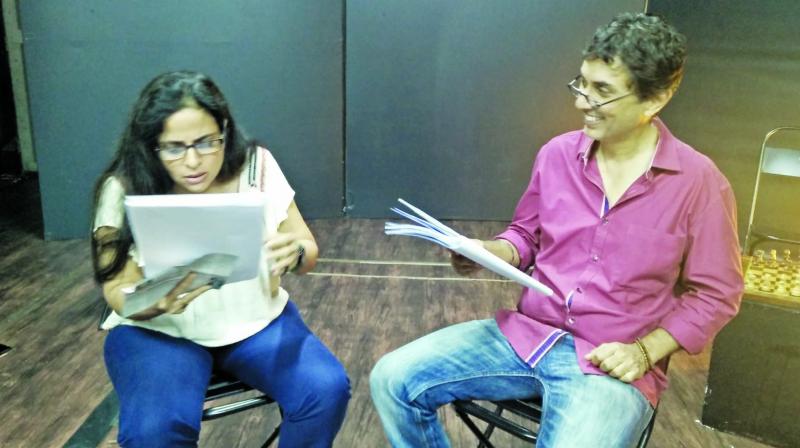 Perhaps Readings in the Shed will spark more informed debates about an important chapter in India’s past, so that history doesn’t repeat itself.

The end of the British era has left us Indians a lot to mull over - did colonisation do our country good, or are we still owed reparations? What does contemporary Britain's think of India’s colonisation? In an attempt to answer these and other questions about our nation’s past, Nikhil Katara and Himali Kothari have organised a dramatic reading of texts written by British authors as part of the Readings in the Shed series, in collaboration with the London-based Director’s Cut Theatre Company.

The event is scheduled to take place this Independence Day at Si Bambai, Kala Ghoda. “It is a curious kind of project. It’s an answer to the question - Why do we always see things from our point of view, and never theirs? We are presenting diverse views in our stories,” Nikhil says. He talks about how he began to collaborate with theatre companies in London while studying in Berlin, and how he’s always wondered about the British perspective on colonisation. “I asked British people what they thought of India’s colonisation and subsequent independence and gathered quite a few responses. We’ve chosen four unique ones to present four different ideas - an apology and if one is even acceptable, embracing the past, the ignorance in Britain, and the confusion in the minds of British nationals of Indian origin,” Nikhil adds. The team will be reading four stories — Independence Day by Julia Warren, Leaving India by Phil, We Are Where We Are by Grace Maxted, and Beyond Boundaries by Robert Connors.

Gavin Methalaka, one of the actors who will be performing the dramatic readings, says, “The British perspective is drastically different from ours. We know about the crux of colonisation, but we don’t know everything. Their perspective is also quite restricted due to the lack of exposure to the entire event.” Gavin and the rest of the actors have been spending quite a lot of time with their texts to ensure that they are able to convey them convincingly. Interestingly, they’ve even developed a fondness for certain lines of text. Jaimini Pathak is especially attached to the letters exchanged between the Indian and British soldiers in the British Army. “Readings in the Shed has brought to the fore small stories through these scripts, that generally disappear into the larger picture. It’s usually difficult to document small personal memoirs,” Himali says.

Ask them if they think the fault lay with India for letting the British rule us for so long, and Padma, another one of the actors, responds, “I think the question is, did the country deserve to be colonised? The experience of all the colonised nations is similar. Young British people are trying to come to terms with the atrocities that their forefathers committed, and I think our scripts reflect that.”

Talking about our apparent hatred for all things reminiscent of the British era, Jaimini says, “Today, the authorities are relentlessly renaming places and roads but Britishers haven’t done that. What times are we living in? It’s alarming. If you create something new, you can name it whatever you want. But you can’t rename the things you already have."

Perhaps Readings in the Shed will spark more informed debates about an important chapter in India’s past, so that history doesn’t repeat itself.