Tales of parting from the midnight hour

Seventy years from Indian Independence, we speak to those who experienced the first taste of freedom and upheavals of Partition. 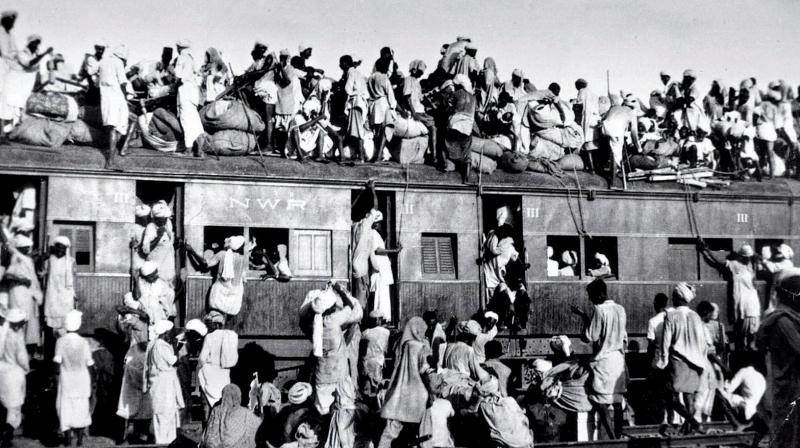 where the Lahore lunatic Bishan Singh stands in no man’s land between India and Pakistan, confused as to what to call home, is not so far from the truth.

When one thinks of the year 1947, one remembers Nehru’s midnight speech and India’s liberation — the elation that came with it, the joy and jubiliation of a 200-year-old struggle come to fruition. However, with the joy of Independence also came the upheaval of Partition. Communal riots and border conflicts were common and people from both sides of the border were uprooted from their homes. Before the Indians could truly celebrate their victory, they were being shipped off from their homes and made refugees, just because of the religion that the belong to.

Saadat Hasan Manto’s Toba Tek Singh where the Lahore lunatic Bishan Singh stands in no man’s land between India and Pakistan, confused as to what to call home, is not so far from the truth. Many faced confusion and turmoil during the early years of Independence.

Purabi Dasgupta was 18 and a student in Kolkata when the Partition took place. Though she had intended to make her stay in the city a temporary one, fate dealt her a different hand. Because of terrorist activities in her hometown of Barashat, her entire family had to move to Kolkata. It is not the stories of moving homes that she remembers but the riots that tore the city apart.

“I remember staying up to listen to Nehru’s speech the night that India attained Independence. It was a night of immense joy. However, at the same time, it was as though the floodgates of communalism opened. There was such rioting and massacres in Kolkata as was never seen before and has not been seen since. Muslims killed Hindus and Hindus ended the lives of Muslims. The city was divided into Hindu neighbourhoods and Muslim neighbourhoods, and we could not wander into the Muslim neighbourhoods lest we be killed.

A few men would go out on patrol each night so that the boundaries of the neighbourhood wouldn’t be breached. They risked their lives every night to do so.

My family scattered all over Bengal and Tripura because there were so many of us that we could not have asked only one person to take us in. Those were dark times.

Then, the Communist Party of those days stepped in. They worked a miracle and there was a huge enclave in Nakhoda Masjid in Kolkata where people from both religions gathered in large numbers to celebrate an end to the rioting, and Hindu-Muslim unity.

I believe that after that day, the relations between the two communities became even better than what they were before the rioting. Neighbourhoods became more mixed and slowly but surely, peace was restored.”

Dharam Pal Bakshi,  a former employee in the Indian Air force who was five years old when his family migrated to India from Pakistan at the time of Partition, recalls bits and pieces from his memories of 1947.

“My father, Bakshi Ramchand, who had served in the British Army for five years, had his own shop selling dry fruits in Rawalpindi district where we were residing. In fact Rawalpindi, Lahore, Sialkot and such cities in the north of Punjab province had many Hindus and Mohyal Brahmin residents.

One night we saw people with torches in their hands nearing our house. So we ran with our father to hide in the mountains. They burnt our houses. Some Muslims consoled us saying that we need not leave our house and that they would provide us security. However, my sisters were growing older and my father did not want to take any risk so he left anyway.

So we had to leave everything behind and took the fourth train to Amritsar; we reached safely. We were living in refugee camps; that’s how all of us who migrated began to be addressed — as refugees. We shifted from Amritsar to Ambala as most  of the people from our community had shifted there. When my father returned to Rawalpindi around six months after Partition to check on our home, everything was in shambles. Life was a struggle for my father specifically after migration.”

Shanta Gandhi was 17 years of age, when the Partition happened. The memories of the hard journey to Mumbai are still vivid in her mind. “When I was a child, we lived in Mumbai. But later we shifted to Karachi to live there. When Partition took place, we had no option but to shift to Mumbai. We came by ship to India from Karachi. We left before the riots. We didn’t have a lot of things on us. We got all our clothes. We stitched all our nice clothes into a quilt to save them. There was a chance that they would get taken away otherwise. On the ship, we did not have bunks or cabins. We had to travel in general class, so the six of us (my mother, father and three siblings) all huddled together in a corner. We lit a stove to keep us warm and to cook our meals on.

When we arrived in Mumbai, we stayed at a dharamshala in Kalbadevi. My mama was here but we did not want to impose on him. He had a small home and couldn’t have put up six people.

At the dharamshala, there were common toilets and bathrooms and I really found it trying to share quarters like that. Slowly, we started getting back on our feet and managed to get our own house. Things got better after that.”

—With inputs from Pragya Bakshi