Aditi Verma hasn’t let Down Syndrome stand in the way of her dreams. Having opened a bakery in Navi Mumbai, she aspires to own a five-star hotel. 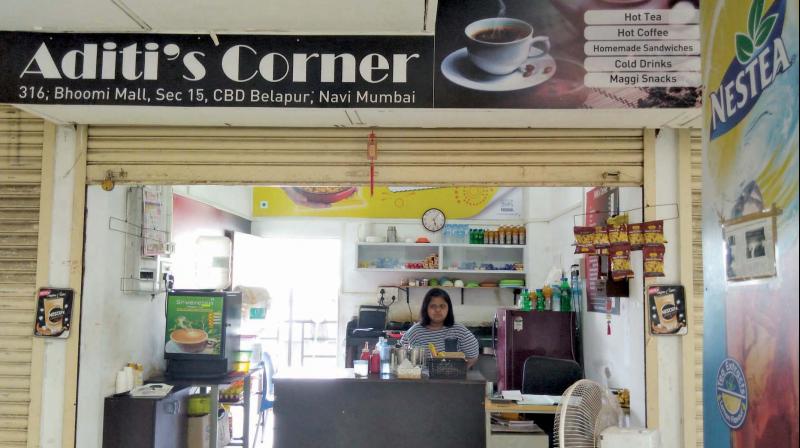 On her days off, Aditi loves to cook and watch Taarak Mehta Ka Ooltah Chashmah and harbours a dream of meeting Sonu and Madhavi, which her parents suspect is because of Madhavi’s entrepreneurial traits.

At 10 in the morning, Aditi Verma opens her Navi Mumbai bakery, called Aditi’s Corner. She sets up her goodies and waits for her regulars to drop in for breakfast or lunch. Around 20-odd people come by, Aditi and her two employees serve them lunch. At around 4 pm, the young entrepreneur goes through her accounts and few hours later, shuts shop.

At 23, it may seem like a daunting task to open your own business, but Aditi did not let any trepidation stop her. After all, being a woman with Down syndrome means that she is used to facing challenges and coming out on top.

The support of her parents, who have never let her disability stop her from her goals, has gone a long way towards helping Aditi. At the beginning of last year, they gifted her the space she now calls her own, setting aside their apprehensions, much like they had done all these years.

Aditi’s mother, Reena Verma, says, “We have never treated her any different from her brother. It was slightly difficult given how we were being subjected to all sorts of talks, but we were adamant about making her self-sufficient and independent.”

“Our only goal has been to ensure that she is confident enough to face the world, probably like any other parent,” her father, Amit Verma adds. And despite being scared for her daughter’s well-being, considering her special needs, they have raised her the way they always wanted — self-dependent.

After completing her education at the Swami Brahmanand Pratishthan, a school for special children in Belapur, Aditi started accompanying her parents to their office in Bhoomi Mall, helping them in her own little ways or staying home to watch TV. Once she got her own place, though, there was no looking back.

With two employees under her and a phone that rings off the hook, a day her life can get quite hectic. However, Aditi is more than up to the task. Indeed, she enjoys the challenge and the respect that comes with her position. “Everyone in the mall treats me really well and respects my work. The people who order food and tea regularly are almost like friends,” says Aditi.

However, Aditi is quick to remind you that her biggest dream remains to open a 5-star hotel. Amit adds that the cause is indeed noble since Aditi wants to employ people with disabilities. “We are extremely proud of her for coming up with a thought like that. She has the realisation of how tough things can be and wants to make it easier for others,” said Amit.

On her days off, Aditi loves to cook and watch Taarak Mehta Ka Ooltah Chashmah and harbours a dream of meeting Sonu and Madhavi, which her parents suspect is because of Madhavi’s entrepreneurial traits. Girlboss, through and through!