20 dogs have their day at Red Fort 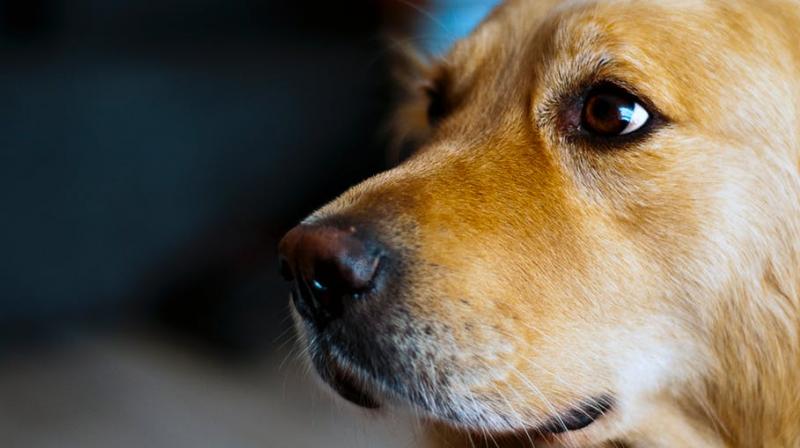 Three-year-old Maru had a tiring day at the Red Fort on Tuesday but that did not stop him from dutifully springing up when the National Anthem played.

The fawn-coloured Labrador was on its four feet -- or paws -- the moment his trainer stood at attention as the anthem played to mark the 70th anniversary of India's independence. He kept an eye on his trainer, relaxing only when the policeman by his side did so.  Maru was among the 20-odd dogs put into service by the Delhi Police to ensure security at the 17-century iconic monument, from where Prime Minister Narendra Modi addressed the nation.

"He has been here at the Red Fort since 1 AM, so has got tired," said Maru's trainer, who accompanied him to the Mughal-era fort.  During the course of the celebrations, which began at around 7:30 AM, Maru and two other Labradors were seen slouching below the chairs kept on the front lawns in the audience section, clearly tired after hours of hard work, sniffing around for danger.

Maru's canine colleague, Mahan, also three in dog years, was at one point seen frolicking with his trainer.  "They are fed vegetarian and non-vegetarian food. They eat fruits, vegetable and rice in the morning and meat in the evening. Diet is very important to keep them fit," the trainer told PTI.

A senior police official said the Delhi Police has 60-70 dogs in service at present.  "About 40-43 are sniffer dogs and 15 of them trackers. About 20 canines were deployed at the Red Fort today, while the rest were stationed at public places such as stations and markets," he said.

Besides the Delhi Police, paramilitary forces too had put their dogs into service.  Rex, a 10-year-old dog attached to the Indo-Tibetan Border Police (ITBP), was among those guarding the venue.

"We either take in dogs when they are six-to-nine months old and then train them or we get them from the Army Veterinary Corps in Meerut, where dogs undergo a training for 15 months or so," the police official said.  During the 2010 Commonwealth Games, 110 dogs were on duty, he said.  Besides Labradors, the Delhi Police also has German Shepherds and other breeds.