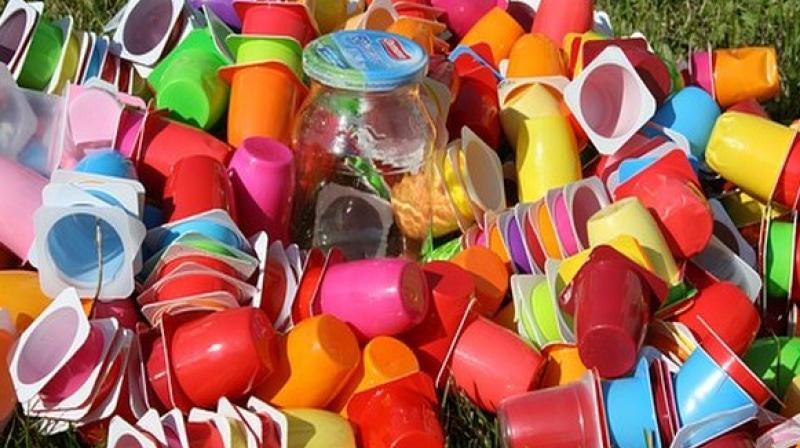 According to Winterich, the definition of a recyclable is an object with future use, and yet many of us still view recyclable material as trash. (Photo: ANI)

"Recycling rates in the United States are too low. For example, in 2015, only 25 per cent of waste was recycled," said Karen Winterich, one of the lead researchers of the project.

As part of the study, researchers suggest that recycling rates can improve if consumers are exposed to signage and messaging that shows recyclables are transformed into new products.

"We hope to change the conversation from 'Where does this go?' as consumers question whether an item is recyclable to 'What can this make?' with consumers automatically thinking about products made from the material they recycle," Winterich suggested.

According to Winterich, the definition of a recyclable is an object with future use, and yet many of us still view recyclable material as trash.

"We may put it in the recycling bin, but in essence, we think of it as garbage. We don't think about it as something of value that has a future use," said Winterich.

Winterich and her colleagues conducted a series of studies in which they examined how product transformation salience -- thinking about recyclables turning into new products -- influences recycling.

The results of these studies appear in the Journal of Marketing. During the study, the team of researchers gave participants half-sheets of scrap paper on which to doodle so they could "clear their minds." Next, the researchers showed the participants a series of advertisements.

Some of the advertisements merely encouraged recycling. Others featured products being recycled into the same types of products -- for example, a plastic bottle being transformed into a new plastic bottle.

Still, others featured products being recycled into entirely new products -- for example, a plastic bottle transformed into a jacket.

At the end of the session, the researchers recorded whether or not the participants placed their scrap sheets of paper into the recycling bin or the trash can before leaving the room.