The Bretharian Couple who barely eat

Akiha and Camila who have eaten only thrice per week since 2008 believe they lead healtier lifestyle. 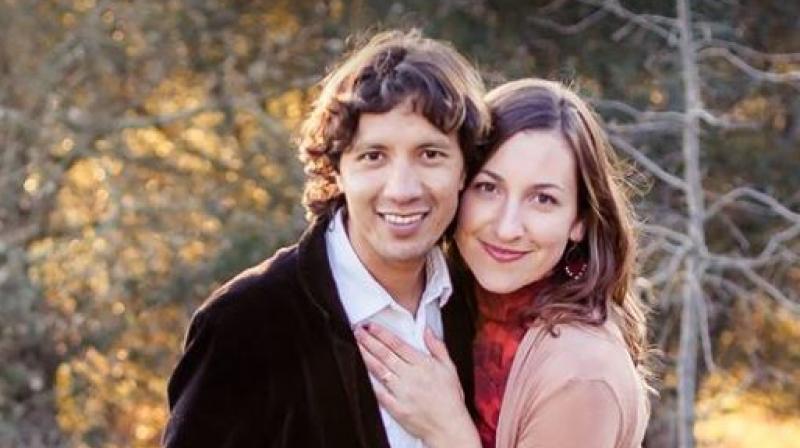 A married couple of nine years, Akahi Ricardo and Camila Castello  have a strange philosophy. They believe that food and water are unnecessary and humans can survive merely by the energy of the universe.

The couple who have a five-year-old son and a two-year-old daughter have survived on little else besides a piece of fruit or vegetable broth just 3 times per week since 2008.

Camila even practiced a Bretharian pregnancy, having nothing during her entire gestation period.

They even claim that their “food-free lifestyle”has improved their health and emotional wlel being and has allowed them to spend money on travel and sightseeing.

Camila, 34 who lives between California, USA and Ecuador with her husband, explained: “Humans can easily be without food – as long as they are the connected to the energy that exists in all things and through breathing.”

Camila who lives between California, USA and Ecuador with her husband also added that her Bretharian pregnancy did not affect her first born at all.

The couple met in 2005 and got married three years later in 2008, later the same year they discovered Breatharianism through a friend. They had to slowly work their way from vegetarianism to a vegan diet and then to just eating fruit before initiating the “21 Day Breatharian Process”

For the next three years, the couple did not eat solid food at all – even through Camila’s first pregnancy in 2011.

These days they have relaxed the rules slightly, occasionally eating so that they can share the experience with their two children.

They, however, do not want to impose their beliefs on their children.