No ‘skirting’ the dress issue

Only he wasn’t wearing his regular pair of jeans but a skirt. 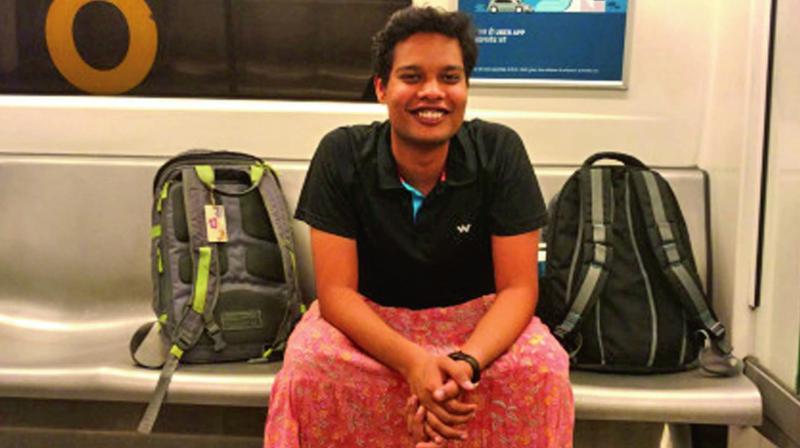 After he saw a cross-dresser being mocked in public, he didn’t just want to feel sorry for him but rather understand his mental state.

“Why don’t you wear a bra and a panty” was one of the many suggestions 23-year-old Atul Khera received when he decided to roam around Delhi wearing a skirt. After he saw a cross-dresser being mocked in public, he didn’t just want to feel sorry for him but rather understand his mental state. So, as a social experiment recently, he boarded the Metro from Nehru Place and went up till Connaught Place and roamed in and around the market there. Only he wasn’t wearing his regular pair of jeans but a skirt.

“I wanted to understand how it  hurts when your gender is questioned,” he says, adding, “People were gazing at me. A female friend was with me and she was wearing shorts. After about six hours when I took off the skirt and was back in my shorts, people’s gaze suddenly switched from me to her. She told me now you can feel what we go through everyday.”

What was his takeaway? The youngster, who is an employee of an organisation that works on youth issues, says, “By the end of the experiment, I began questioning myself if I’m wearing the right clothes. I felt how it was like to be constantly stared at and how it feels when your gender is questioned. The experiment made me much more empathetic.”

When his mother learnt about his act, it created quite a conflict between the two. “Now, I understand what people from LGBTQ members face when they have to come out of the closet,” concludes the heterosexual man who calls himself a feminist.