How an age old misconception about the Chambal saved it from pollution. 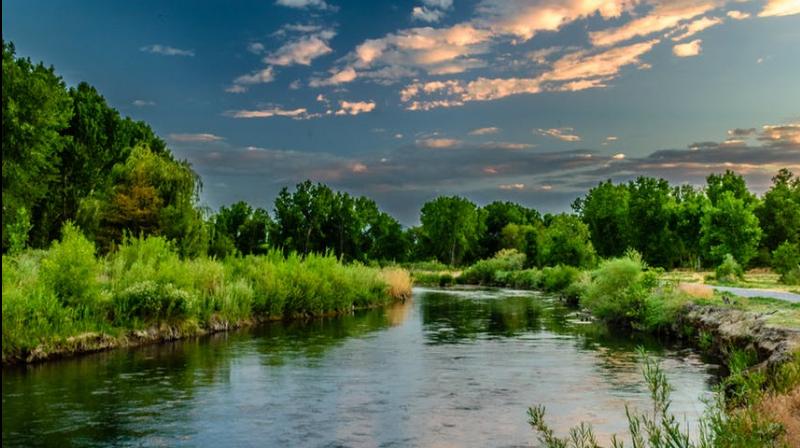 Thanks to its not-so-favoured legacy, the Chambal river today has not faced pollution from factories and has been a suitable place for wheat farming. (Photo: Representational/Pixabay)

The Chambal, India’s supposed ‘cursed’ river, winds over 800 km through central and northern India. In spite of being a river as big as the Ganga and Yamuna, it boasts of no pollution, unlike the catastrophically polluted ‘holy’ rivers.

Cold-blooded gharials, a jackal, a few jungle cats can be spotted on the banks of the river. Orange-beaked Indian skimmer birds glide over during sunset. People are often seen taking walks by the river. A local priest, Kailash Narayan Sharma, too regularly visits the Chambal, but never to pray. The locals, including Sharma, prefer to travel several hours to the bank of revered Ganga, Yamuna or any of its tributaries. “The Ganga and Yamuna are holy. But there’s a lot of pollution. The Chambal is unholy, but the water is healthy,” he said.

The reason for the stark between these two seemingly similar rivers is due to thousands of years of stigma, reported The Guardian. Unlike the sacred Ganga, the Chambal and its bank were regarded as dangerous badlands. The epic Mahabharata speaks of a river that flowed with the blood of slaughtered cows. The inhospitable terrain around the Chambal made it an ideal gathering place for bandits and criminals.

But thanks to its not-so-favoured legacy, the Chambal river today has not faced pollution from factories and has been a suitable place for wheat farming.

In 1979, the government declared the 400 km river bank as a national sanctuary, which helped revive the critically endangered gharial population from a couple of hundred to an estimated thousand-plus.

Sharma’s 20-year-old niece, Namrita Sharma, said that they used to live in fear of the river but now beams with pride. “We’ve heard the stories from our parents and grandparents,” she said. “When we were young, there were very few animals. Now we see more and more.”

The Ganga on the other hand, is more polluted than ever. Majority of the sewage that floats into the river even today is untreated. Its pollution count remains several levels above safe limits. The only saving grace to the filthy Ganga and Yamuna is the part where it meets the Chambal. The Chambal reduces the contamination in the Yamuna and it then goes on to join the Ganga.

Chhoti Lal, a farmer comes to the Chambal’s bank to soak wild grass. He then weaves it ropes for carrying crops and firewood from his field into town. “When I was young, I was afraid to come,” he said. “Now we’re not afraid. There are no bandits. We can graze our cattle, we can collect firewood. It wasn’t safe before.”

Rajkumari Rathore, a local is one among the growing number of people who go to the Chambal for Ganpati visarjan during Ganesh Chaturthi. These steps being taken by the local people prove that the fear of the curse is waning.

The health of the river has also been a boost to local communities. Udayveer Singh, Nadgawan’s Village Head said that access to roads, electricity and toilets has bettered. “From here on, the government needs to be pro-active and provide loans and other support to make sure that communities living along the banks of the Chambal thrive along with it,” he added.