She gives society a lesson in plastic upcycling by painting on discarded plastic bottles and selling them. 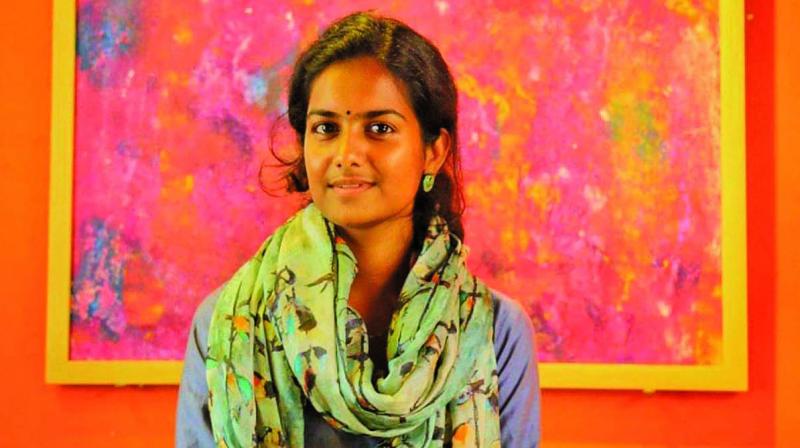 Pollution is one of the biggest problems faced by earth, which even threatens its existence. Every day, social media is flooded with news of plastic pollution and how it’s affecting our flora and fauna. Our oceans are filled with plastic waste leading to the death of several whales and other creatures. The amount of waste extracted from their carcass is quite alarming. Though protests are lodged on social media platforms, are we really doing anything to stop these hazards? The answer will be a big blatant ‘No’.

Posts on social media can be only good for getting likes and shares. For the world to change, the change should begin from us. A small initiative can lead to greater results. This is where Aparna S., a first year B.Ed student from Kollam, is setting an example for the world. Aparna collects bottles and other waste materials dumped in Ashtamudi Lake and other places, does her artistry on them, and sells it on her Facebook page called ‘Quppi’. Her works have already created humongous response among the customers and well-wishers. 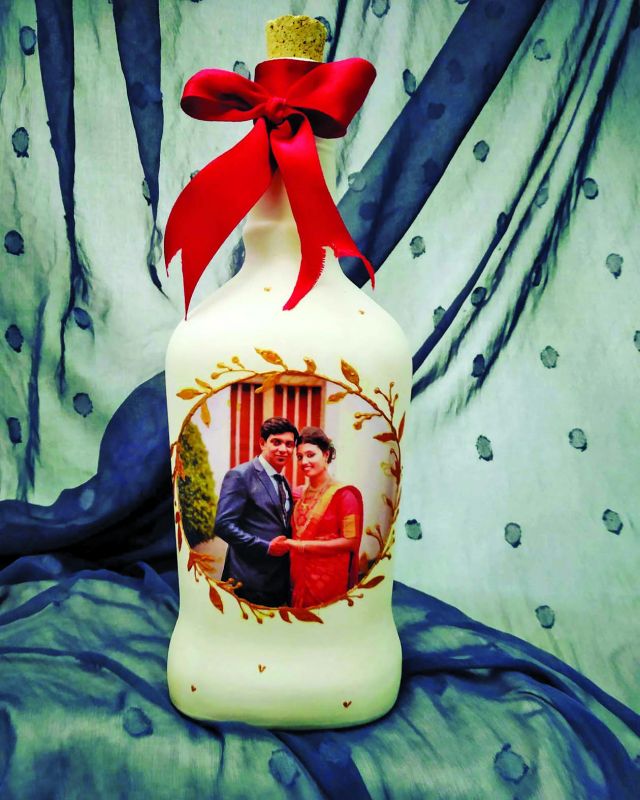 She has been inclined to craft making and painting since childhood. It’s surprising that she hasn’t taken any formal training in these fields and affirms work experience is her sole strength. For someone who was into craft and fabric painting, a shift to terracotta jewellery designing during graduation days was actually a boon. “Terracotta jewellery was a trend those days. My friends started supporting me once I started making them. They were my initial customers. Then my teachers became customers, then their friends, and fortunately they became popular,” says Aparna.

After graduation, she turned into Quppi. “I noticed that Ashtamudi Lake and other public places were filled with plastic waste. We used to collect materials like feathers, lucky red seeds etc. during our childhood. Same way, I started collecting these waste bottles. Then I had this thought of doing something with those bottles. I posted pictures of the painted bottles on Facebook and Instagram and got really good response. Many messaged saying that I’m doing a good thing to society by upcycling the discarded bottles,” she says.

Many find Quppi as a very interesting name. “I used to sell terracotta jewellery under the brand name Rudrah. When my focus turned to collecting bottles (kuppi), my friends started calling me akri (scrap collector),” she quips. “My bag used to be full of bottles rather than books. This even made my books dirty at times. Even the people who met me for the first time called me ‘kuppi’. Since I give a stylish look to these bottles, I trendily named by brand as Quppi.” 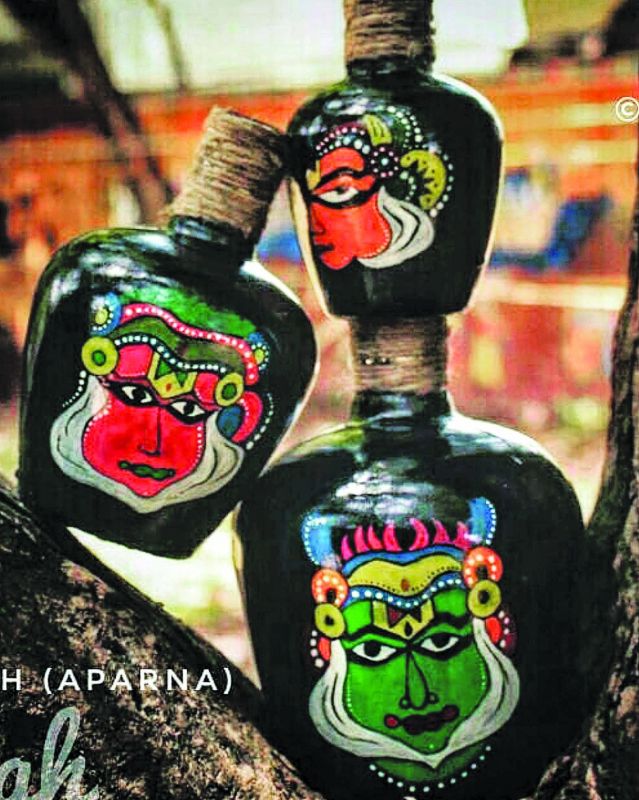 Recently, she had conducted a cleanup drive with the assistance of her friends and the residents near Ashtamudi Lake. The drive had a decent turnaround and it helped her in bringing her initiative to more people. “I had put a poster informing about the drive, urging the interested people to join our initiative. We collected waste materials for five days and met later at the Kollam Adventure Park. I asked them to work on them as they wish after providing paint and other materials. We put those products on sale in the evening.”

Aparna received a call from Suchitwa Mission after this programme and she was told that her works were noticed by Assistant Collector. She earns a reasonably good amount from Quppi. However, for her, what matters is that her efforts are being recognised by more people. “I’m associated with Nirbhaya Shelter Home as I used to interact with the children there. I wish to teach them craft making and painting, and slowly bring them into my initiative. My ambition is to become a teacher, while continuing what I am doing now.”

Future plans? “Nothing planned as of now. I like to conduct more drives, but time also matters. Currently, I’m not taking orders as my exams are nearing. Hopefully, we will be back with another programme in May.”

She has a message for people and administrative offices. “In Kozhikode, what people fear is that they won’t get plastic materials for various needs. They have implemented a definite system to collects plastic and upcycle. I wish it is implemented in Kollam as it will provide livelihood to many people, and plastic usage will be reduced significantly at the same time. Be active and do good things for society, people and yourselves, rather than wasting time on electronic gadgets. The change should come from us, then only society and government will notice it,” she signs off.