Representing the Odissi tradition was the iconic Sujata Mohapatra, at 50 one of the youngest recipients of the Sangeet Natak Akademi award. 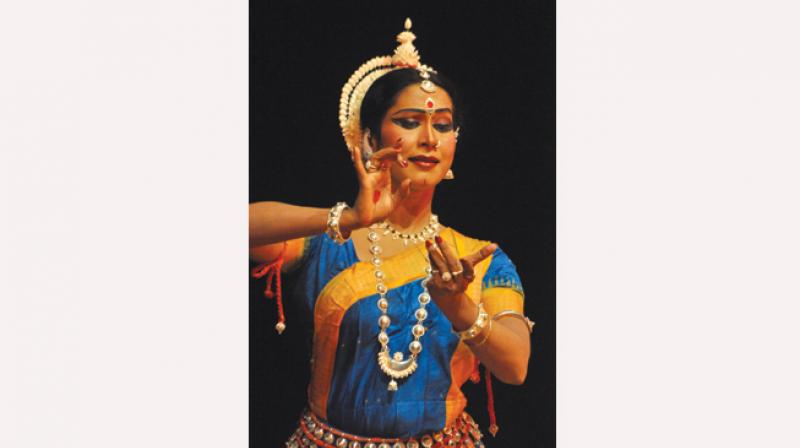 Sujata shared several personal anecdotes which kept the audience riveted — at the famous Sankat Mochan Annual Festival in Banaras; her Guru insisted she dance when her baby was only 21 days old.

The department of language, art and culture, Himachal Pradesh government had organised an interaction of classical dancers who had performed at the annual Shimla Classical Dance festival with school children and students of music and dance at Shimla and Bilaspur.

Representing the Odissi tradition was the iconic Sujata Mohapatra, at 50 one of the youngest recipients of the Sangeet Natak Akademi award. A torchbearer of the Kelucharan Mohapatra tradition, Sujata quickly assimilated the level of comprehension of the eager Himachali students in front of her (ranging from the ages 10-15) and smoothly modified the interaction she had intended. (She had been asked to demonstrate Odissi dance techniques to dance students.)

In simple terms, she explained the origins of Odissi dance, absorbed from the devotional temple tradition of “Mahari” and the entertaining tradition of “Gotipura”, codified in 1949. She touched a chord with the children of largely rustic origin when she eloquently spoke of her own village origins from Balasur, three hours away from Bhubaneswar. Demonstrating the main “mudras” (hand movements) she moved on to explaining “abhinaya” (facial emoting). Her mastery was instantly comprehended by the youngsters, thus demystifying the common perception that one needs in-depth knowledge to understand dance. Switching to rhythm, Sujata made the children keep a simple four-beat “taal”, then moving to double, then half speed. It was truly an interesting experience to watch with what fluidity the artist kept the kids enthralled.

Sujata shared several personal anecdotes which kept the audience riveted — at the famous Sankat Mochan Annual Festival in Banaras; her Guru insisted she dance when her baby was only 21 days old. Unable to refuse, Sujata was on stage enacting the role of Sita in Lanka captured by Ravan, when she hears Hanuman enter, loudly chanting “Ram Ram”. At that exact moment on stage, Sujata heard her baby cry — her involuntary start and wonder was applauded by the audience and also by her Guru Kelucharan Mohapatra who praised her later saying it was very genuine. Sujata laughed along with the children that it was totally real! One of the students shared that she wanted to learn Odissi after seeing how graceful Sujata was. Sujata said she was open to conducting a workshop for dance in Himachal Pradesh. The mood of the next day’s interaction with a fresh set of children, and four singers who were in training changed totally. Chennai-based Bharatanatyam dancer, Jai Quehaeni, disciple of Padmashri Chitra Visweswaran, and vocalist Vijayshri Vittal, disciple of Vidushi Bombay Jayashri, despite their youth (both are in their early 20s) totally connected with their audience through their reminiscences of the travails they had experienced during their training of 15-20 years under their Gurus — the lifestyle changes they had to adopt, from “pranayama” to food and drink restrictions and how their concept of leisure time was dominated by their pursuit of art. Jai Quehaeni, who had acted in a Tamil art film shared how the satisfaction she got from dance exceeded that of making the film, despite the subsequent recognition and the fan following she received. She said, “Dancing and learning how to emote through ‘abhinaya’ is very important I feel as many of us through adolescence struggle to express ourselves”.

Both artists were able to convey the complete awe and respect they had for their Gurus — Jai Quehaeni said, “My Guru is like my mother — she knows everything about me, and I trust her judgment totally”. Vijayshri on her Guru said, “Though I had learnt how to sing since my babyhood it is only when I am under training with my Guru that I really want to sing, to excel and to emulate my Guru. I really admire everything she does, even how she lives”. Jai Quehaeni’s interaction with the children in Bilaspur was somewhat marred by their lack of English and her lack of Hindi; however the barriers of verbal communication were broken by the eager Himachali girls who asked Jai Quehaeni to teach them some hand movements that they could incorporate in their folk dancing “nati”. To her surprise they then insisted she join them in an impromptu “nati” which she readily agreed to, despite her elaborate Bharatanatyam costume and jewellery. Indeed that was true cultural integration; where hearts met spontaneously. She said, “I found the kids very unexposed to dance, but there was a genuine interest. I was in awe that even college students came up to me and did pranam. I think this showed they were really moved”. 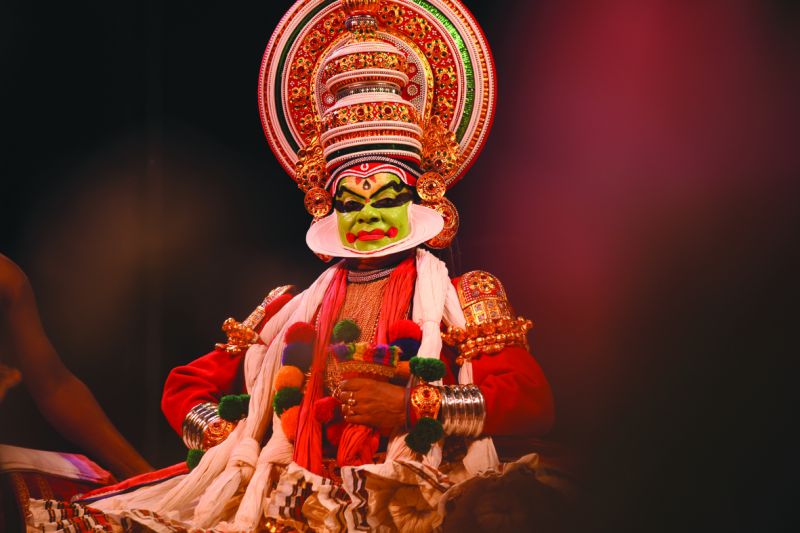 Guru Ramachandran Unnithan from the famous school of Kathakali, Kalamandalam, Kerala had his young audience riveted and interactive despite not speaking English or Hindi. His wonderful facial expressions, such an intrinsic part of the communicative process of Kathakali drew repeated applause from the children; who begged him to mime an ostrich and a hen! Again, the physical training required to remain graceful were dealt upon. The Guru then explained the origin of the art of Kathakali, the difficulties of a performance, how the eye expressions were so vital because of the elaborate makeup and they had to apply “ghee” in the eyes to keep them fluid. His depiction of the nine “rasas” (emotions) was truly awesome. Great artists by their mere presence are inspirational.

The four different interactions showed how truly dedicated and communicative artists transcend the barriers of knowledge-language and cultural differences. One hopes for more such interactive informal interactions between artistes and youngsters from different regions, as truly this aids national integration.