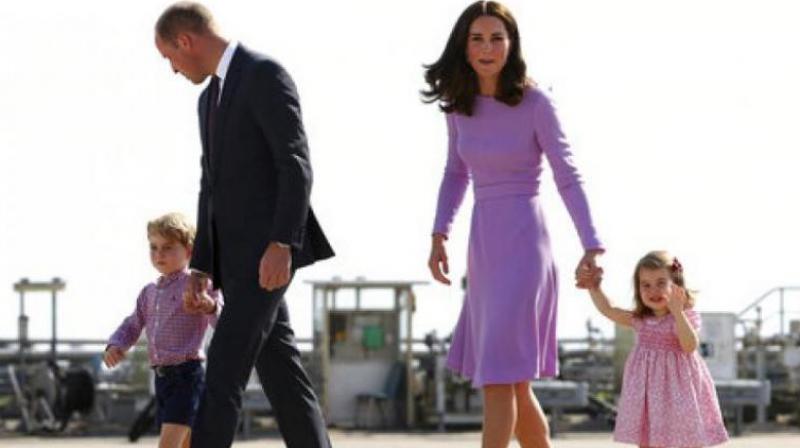 In this Friday, July 21, 2017 file photo Britain's Prince William, second left, and his wife Kate, the Duchess of Cambridge, second right, and their children, Prince George, left, and Princess Charlotte, right are on their way to board a plane in Hamburg, Germany.(Photo: AP)

LONDON: Mary, Alice and Victoria are the favorites for the name of Britain’s Prince William and wife Kate’s next baby according to bookmaker William Hill, as the birth of Britain’s fifth in line to the throne nears.

The baby will take his or her place in the line of succession after grandfather Prince Charles, father William and elder siblings George and Charlotte.

Kate is widely expected to go into labor this month, just a few weeks before the marriage of William’s brother Prince Harry and actress Meghan Markle on May 19.

The most popular name is Mary at 3/1, followed by Alice on 6/1 and Victoria on 8/1, William Hill said. For a boy, the leading bets are Albert, Arthur and Fred or Frederick, all on 12/1.