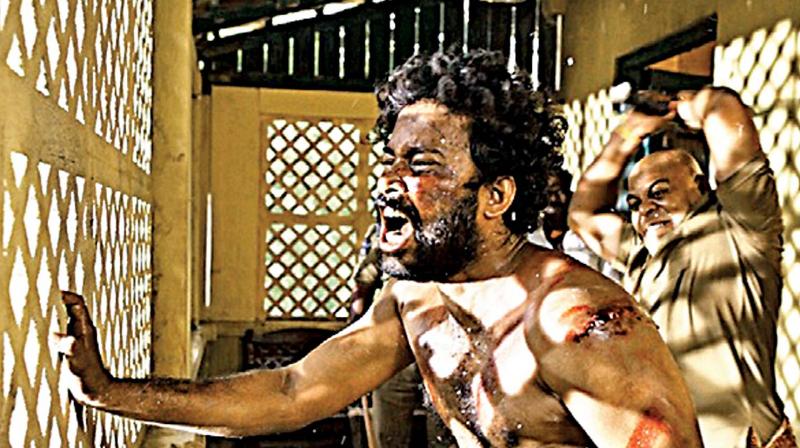 A scene from the National Award-winning Tamil movie Visaranai that deals with police brutality. (Representative image)

A rape victim’s father had died allegedly due to police torture in UP. In another case in Kerala, a young man had been arrested and died in custody, and it was later alleged the police might have taken in the wrong man of the same name. The years-long protest by Sreejith against the custodial death of his brother had also hit national headlines with everyone including film stars tweeting about it.

It has been reported that in 2017 alone, 894 deaths in judicial custody — 74 in police custody — have been recorded in the country with Uttar Pradesh topping the chart with 204 deaths. Despite several such cases, protests, inquiries and recommendations, allegations regarding torture and other ill-treatment by police are being made every now and then from various parts of the country. What is the line that police should draw when it comes to questioning suspects? What is the ideal way to bring justice? We speak to senior police officials, lawyers, activists.

‘Police misusing their power’
Abha Singh, Lawyer and Activist
The police has been misusing their power. They don’t follow the law any more; in fact they have become the law unto themselves. Earlier, under IPC 156, only after the magistrate of the court orders an FIR, could the police arrest someone. However, after this law was revoked, the scenario has changed and the police immediately arrest people. And sometimes there is a media trial. The police has to act under pressure and an innocent person could go through harassment. But the police is never questioned. The problem is that people are not opposing any wrongdoing either. And higher authorities have become corrupt by compromising their duties to bribes.

‘Revamp of political system must’
Vasanthi Babu,Counseller
The mental agony of police officials is seen in all these cases, especially in custodial deaths.  Pressure from higher ups or influentials force them to commit these types of third degree torturous punishments. Mostly these instructions will unwillingly be carried out. But for sure, in many cases, the police personnel vent out their agony over their work situations or superiors on these helpless victims.We need to give them or train them in some relaxation techniques like yoga or meditation. We need counselling cells for them to vent out their inner conflicts.

But above all, in such cases, the political system must be thoroughly repaired and revamped.

Trust is the key
Jubith Namradath, Film Director
All of a sudden, the entire police force could be blamed or prosecuted for these happenings. In actuality, it is a deep-rooted, complex system that works from behind. There is a government, elements within that government, their personal interests and all. Even if a proper system is put in place to find truth, we doubt whether it will act accordingly. Only way is law enforcers learn and adopt more sensible and humanitarian ways to bring justice. They should have trust among citizens and an assurance that vested interest should not be protected at any cost. Once they fail to establish trust people will break into riot. Equally important is to build a generation free from the wrongs of its predecessors. We should begin to invest for a better tomorrow.

‘Do away with Archaic tecniques’
Siddhivardhana, Lawyer
In any scenario, the police cannot use violence for interrogation. It happens more because of the failure of proper police work which results in poor investigation which eventually falls into acquittals. Therefore there is an acceptance of violence from society so to remove all the red tape. Movies propogate this. What is the ideal way to get justice is to get the police better trained scientifically about evidence collection rather than mere interrogation. Since the techniques used by police are archiac and not up to date, it becomes hard to convict someone. Which is the fallout as the society turns a blind eye to accused in police custody as they are already deemed to have convicted the offense.

Suspect’s dignity important’
Anjani Kumar Commissioner of Police, Hyderabad
Police professionalism is tested on various occasions.  However, human dignity and self respect of every citizen including a suspect must be taken care of. Everyone is innocent till he is proved guilty in the court of law. Scientific way of collection of evidence is answer to every situation. We belong to the society and we have to serve them without hurting their dignity. There are moments when some policemen are in a hurry to get result. In the process they go for short cuts which is highly unprofessional.