Woman dangles from swing after harness comes apart during ride 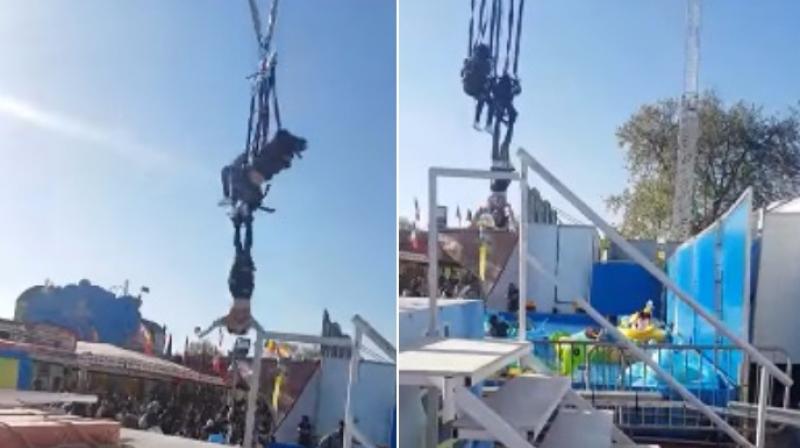 While people tried to catch her mid-way they missed and she escaped a few near-death hits from neighbouring equipment. (Photo: Youtube)

Rides at amusement parks are quite scary but there are many who brave them and have the time of their lives. Some times people are unfortunate to be at the receiving end of scary rides and may get injured like a woman in Paris did recently. The woman on the ride had the scariest experience when she sat on the ride at a fair in Paris; it almost cost her her life.

The video which was posted by Viral Hog has left many people shocked because of the intensity and is all over the internet. The woman was sitting along with another person on a swing-like ride called ‘The Adrenaline’ at a fair in Paris and was dangling few seconds after the ride started to everybody’s disbelief. Unfortunately, the ride was in speed and she was hanging from it by her feet for four swings from one end to the other before it slowed down.

While people tried to catch her mid-way they missed and she escaped a few near-death hits from neighbouring equipment. However, after the ride slowed down she was immediately caught and rescued by a few men. An investigation is underway to question the person managing the ride and it has also been temporarily been shut.