The Reading Social is a series of breakfast meet-ups for people to get together and read. We speak to the duo behind the initiative. 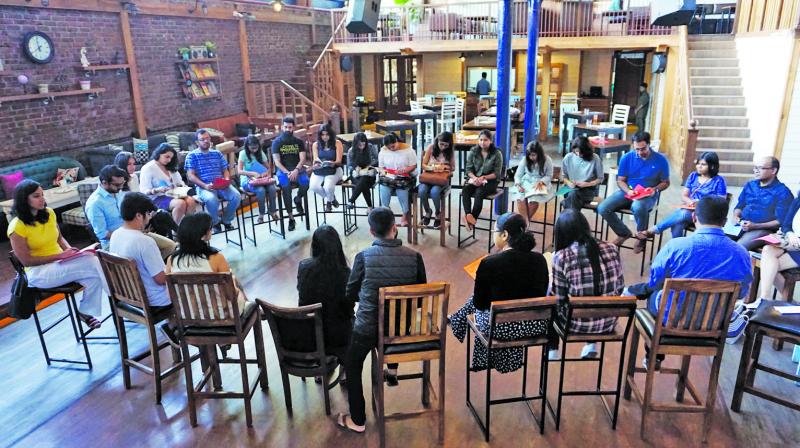 This simple, yet pleasing exercise found acceptance in their social circles.

In a world of hyper socialisation, readers in the city are uniting through a unique initiative. Readers, who always find their cosy corners and prefer sitting in their favourite couch rather than go out and meet people, are coming out in public spaces to do what they love most — read and talk about their favourite books. The Reading Social is a movement which began in August, last year, to popularise the world’s most important lessons through reading.

City-based educationist Rashmi Baruah and management consultant Sandeep Malhotra, would go out of the city to spend some quality time reading their favourite books, brushing aside their weekday hustle bustle. This simple, yet pleasing exercise found acceptance in their social circles. Eventually, they ended up meeting close to 50 members — most of them strangers — at the read ups.

“At one point, we thought that instead of meeting somewhere outside the city, why don’t we utilise the urban space within the city,” says Rashmi, adding, “We ended up combining two things — having breakfast and exploring cafes— which many of us like to do on weekends apart from spending quality time reading.” 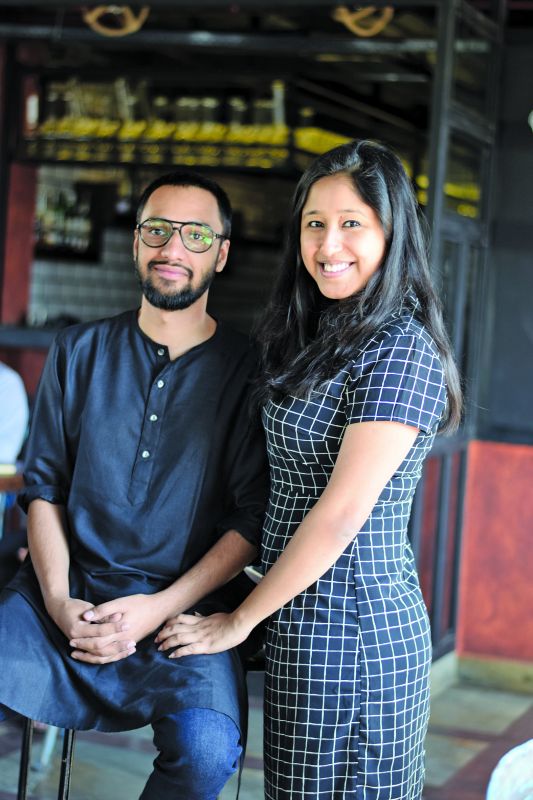 The idea found many takers, and as Sandeep would say, “it was a win-win situation”. He elaborates, “Usually the cafes are empty during the day on the weekends, so when we approached them and asked if we could take it up and organise some reading sessions, they readily accepted.”

The session (usually once a month) is about three hours long, of which the first two hours is meant for uninterrupted reading. And the next hour is spent discussing the different books that the participants have read. “Usually what happens if someone reads at home is that we tend to get distracted. But there’s a certain set of people who end up being more productive if they work at a public space. The power of commitment, pushes people to read uninterrupted,” says Sandeep, 29-year-old management consultant and a “fan” of psychology.

Rashmi points out the variety of topics and books that are being discussed at the read ups. “In every session, we would have fiction lovers, voracious non-fiction readers and even comic book fans. And we end up knowing so much that we otherwise wouldn’t have known if we stayed at home. Often people are too shy to share their perspectives and ideas about the book that they are reading, but we try to make it into a warm and intimate space where everyone can speak up without the pressure of having a debate or being judged,” she explains.

In fact, Sandeep also shares that a couple who met at the read-ups are about to tie the knot very soon. With the upcoming session, the duo is planning to add more feathers by donating the profit to NGOs for the education of the underprivileged. Rashmi, who works with the popular youth empowerment NGO Teach For India, is excited about the new facet of their initiative. “The idea that we would be able to donate towards buying books for children who need them the most is something that is quite fulfilling in a humble way,” Rashmi concludes.

The next session is on April 16, 9.30 am onwards, At Summer House Cafe Mumbai, Todi Mill, Lower Parel Registration: Rs 500