Disagreements, if not managed well and in timely fashion, are sure to lead to conflict. 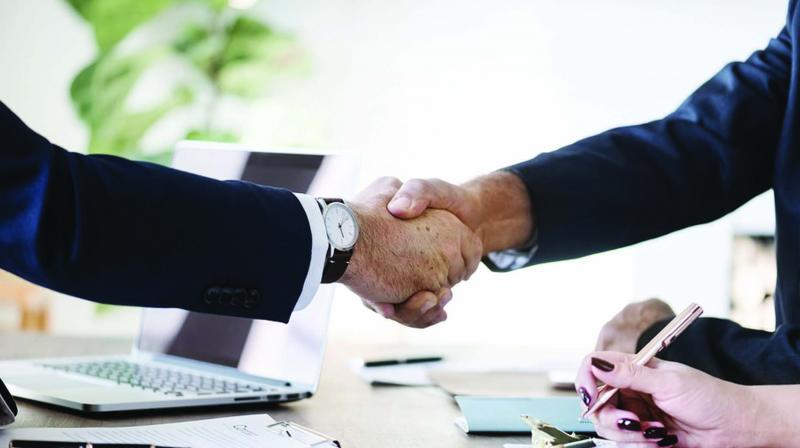 With several high-profile family businesses in India indulging in bitter conflicts, having a family constitution can perhaps help sustain the business for the future generation.

A family can prove to be an impediment even in the best of family businesses, as evidenced by the Birlas, the Ambanis, the Bajajs, and the Jindals, who all split in the second or third generation.

Interestingly, statistics show that only 30 per cent of family businesses survive the second generation and that 60 per cent of those that fail are due to domestic infighting. The latest casualty being the Singh brothers of Fortis.

The Ambani feud has also been held as an example of how blood ties can affect business adversely — thanks to lack of succession planning, leading to an erosion of shareholder value.

Why do cracks appear in some of the most well-established family businesses? “We cannot generalise based on one or two examples. But it’s important to recognise that family ownership and control of corporations will continue and to preserve unity, they need to have strong governance and a sense of professionalism that will keep family and business matters separate,” says Kavil Ramachandran, Professor of Family Business and Wealth Management, Indian School of Business.

B.V.R. Mohan Reddy, Executive Chairman, Cyient says it is important to understand the reasons that lead to conflict within a family business. “Family businesses will have fewer conflicts because they all have the same values and similar upbringing. Any conflict can be resolved by discussion, arbitration, and intervention by a court of law,” opines Reddy. He further adds, “Several of these conflicts can be avoided if there is a family constitution in place before the conflict breaks out. Washing dirty linen in public will not do any good to the families. No purpose is served in litigation either.”

“Indian family businesses are the backbone of the Indian economy as it is the entrepreneurial spirit of Indians coupled with their innate sense of hard work and intelligence, which has driven the economy so far. It is critical to ensure that businesses stay vibrant and leadership transition, succession planning and professionalism form critical parts of maintaining the legacy of a company,” says Sangita Reddy, executive director, Apollo Hospitals group.

However, if and when conflicts arise, how can they be best handled? “Conflicts do not arise overnight. But difIferences build over time if not addressed promptly. The best time to address differences is when relationships are good,” opines G. V. Prasad, CEO, Dr Reddy’s Laboratories.

Opting for a family constitution
Disagreements, if not managed well and in timely fashion, are sure to lead to conflict. And, any conflict within the family impacts the business negatively. “You can’t say conflicts are more or less in a family or non-family business. It all depends on what you call as conflict. In a non-family context, employees have a clear exit route which is not the case with a family  business. Families have to discuss and develop policies for various issues covering ownership, rewards, retirement, rights, duties and responsibilities, all of which lead to the creation of a family constitution. They should start the exercise as early as possible,” explains Kavil Ramachandran.

No wonder then Indian business families are now scripting family constitutions to avoid drama later on. Apollo Hospitals, the GMR group, Burmans and Emami are just some of the family businesses that have put constitutions in place.

The family constitution of Apollo Hospitals Group was drafted after several discussions and  signed by all the family members and the Chairman. “At Apollo, the family constitution has been signed by all three generations with succession planning and clarity of roles as well. The crux of making this successful transition is understanding that businesses exist for the customers, that our employees depend on the company’s success for their livelihood and that a corporate legacy must be protected.

The company’s interests must be placed ahead of family interests every time. It is not easy to do, but if the spirit is imbibed into the family from the very beginning, as has been done in ours, then good corporate governance comes naturally,” adds Sangita.

The GMR group also took all the family members on a retreat to understand each one’s relationships within the group. They laid out a code of conduct and rules for every family member’s entry to the business.

Interestingly, while India has a significant number of family-run businesses, 97 per cent of those do not have family constitutions or succession planning documents, according to India’s leading family business consultant BAF Consultants. “A family constitution is drafted through a process of discussion among all the family members. Normally families sign the final document. The Dabur (Burman) constitution is one example, but many families don’t want to publicise it,” says Kavil Ramachandran.

The families realise that it is better to have a proper framework in place as they seek to grow their business, generate and share wealth, and retain familial relationships.

“We don’t have a lot of insight into these issues as we ourselves have not done much in this direction. However, we are completely aligned on how we run the company and the decision making is always in the interest of the company and not the individuals,” says G.V. Prasad, adding, “But a family constitution will start the process of laying out ground rules and providing clarity to everyone.

As of now, the younger generation is not involved, except for one. The rest still need to complete their education as well as training and they may or may not be part of the company depending on their competence, training and interests.”