The video features women gliding freely in the streets on skate boards as the song "I would not hold you back" plays in the background. 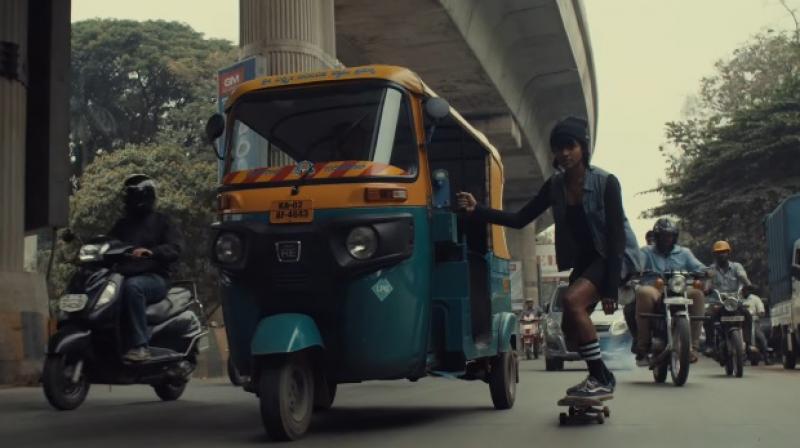 Bengaluru: Initiatives across the world for challenging societal stereotypes for women to reclaim male dominated spaces and activities in the world have provided a thrust to the women’s empowerment. Stepping into the male dominated sport of skating has given girls in Madhya Pradesh, Afghanistan and Cambodia among other places a way to break out of boundaries.

Bengaluru’s year begin with a shocking incident involving mass molestation of women, and now girls from Bengaluru are fighting back against those telling them to stay away from the streets by hitting the tracks on skateboards.

A video going viral features a woman in a saree and donning a nose ring gliding away on a skateboard as men can’t stop staring, she is followed by another girl in a denim jacket and black cap along with a little girl, as the song with lyrics “I would not hold you back.” Plays.