Cosplayers battle it out

Indian cosplayers prove they are as good as the best in the world, at the Indian Championship of Cosplay held in the city. 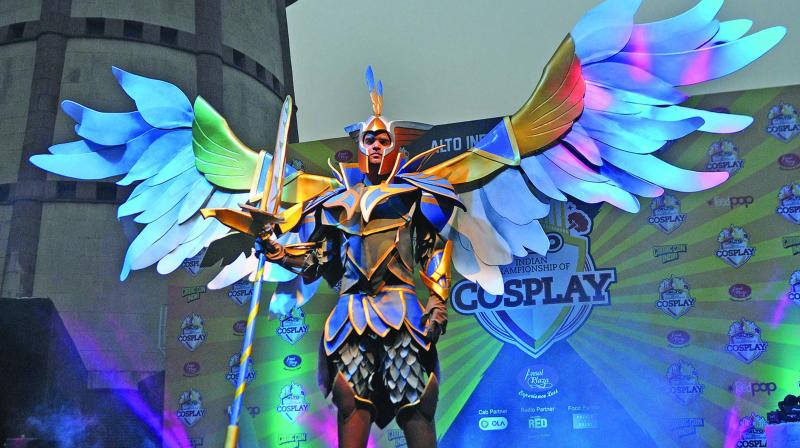 The winner of cosplay championship, Sameer Bundela, dressed as Skywrath from Dota 2

Batman was dancing on peppy tracks along with the Predator as a bunch of Jokers cheered... such was the scene at the Indian Championship of Cosplay held in the city recently. Fans and participants came dressed as various characters leaving spectators amazed with their costumes. The nine finalists, who were the winners of the Comic Cons organised in other cities, gathered to battle it out for the champions’ crown. In what proved a close contest, Mumbai boy Sameer Bundela dressed as Skywrath from Dota 2, won with flying colours. He will now represent India at the Annual Crown Championships of Cosplay at Chicago Comics and Entertainment Expo in April this year.

A photographer and sculptor by profession and a cosplayer by passion, the 26-year-old was delighted with his win and couldn’t stop thinking about performing in Chicago. “It’s like, I am already having performance anxiety. I want to win it for the Indian cosplay community. I have been improvising my costume in every different edition of Comic Con. For this competition, I added the claws-like foot support which gave me an elevation but hampered my mobility to some extent. I don’t know how women walk in heels so comfortably!” he joked.

While Sameer was the jury’s favourite, Akhil Macharla from Hyderabad won the audiences’ heart. A VFX artist, who cosplayed as Daedric from Skyrim, won the Fan Favourite award with maximum votes. He will now be participating in the Indonesian Comic Con. “I took up cosplaying just six months back, and here I am winning the heart of Delhiites. My mom used to get so angry when I would devote so much time to making my costumes and props. She would ask me to get a real job and now when she has learnt that I have won, I have a feeling that she will join me as I sit down to make my new costume,” he said. 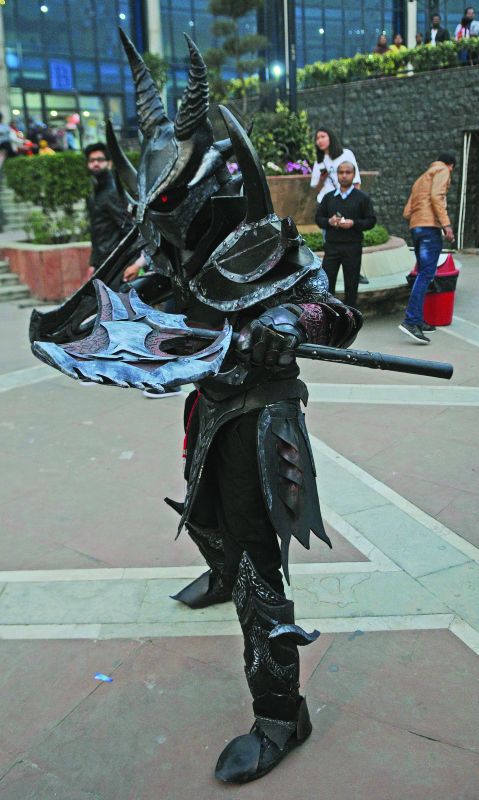 The winner of the fan contest, Anshul Gupta dressed as Daedric Warrior

The finalists were judged on several parameters such as authenticity, technique, fit and overall ‘larger-than-life’ quality of their costumes.

The ambience became electric as people gathered to take selfies with the colourful cosplayers. The finalists were seen discussing the nitty-gritty of cloth work and prosthetics, and those who had lost vowed to come back strong next year.

The palpable energy and atmosphere even took Michelle Krikowa from Australia, one of the judges, by surprise. “When I was asked to judge the Indian edition, I didn’t expect it to be so good. The finalists showed innovation, and the make-up along with creative outfits was phenomenal. I think Indian cosplayers are at par with the global cosplayers,” said Kirkowa, who was dressed as Tidus from Final Fantasy.

Not just the participants, even the fans had a great time. Anshul Gupta, who won the fan contest courtesy his Daedric Warrior get-up, said, “Since I didn’t win at any of the Comic Cons to be competing with the finalists, I came here to, at least, win the fan contest. This is my favourite character and at least now I have a consolation prize for myself.” 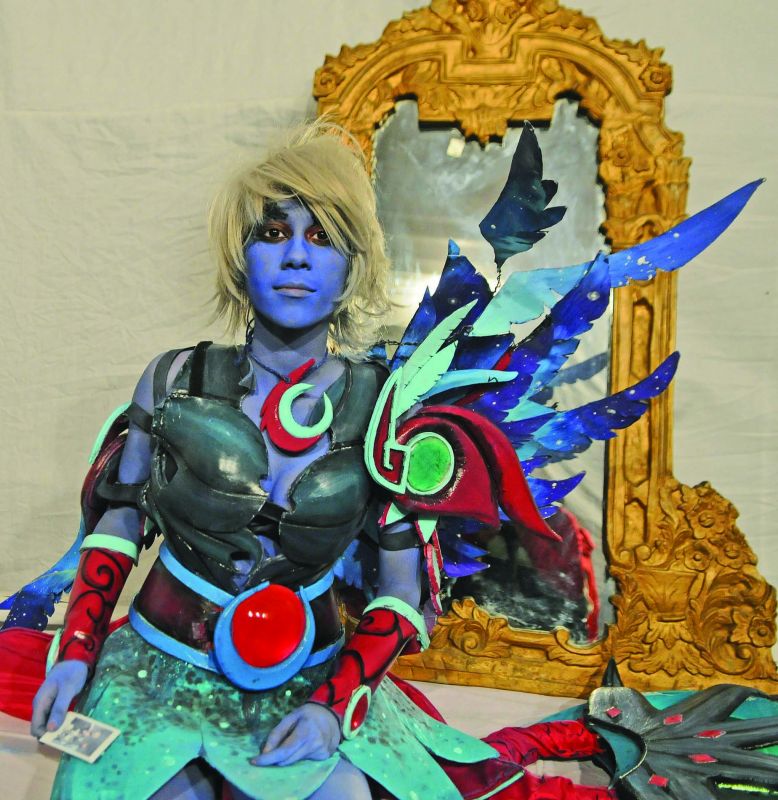 Zara Rebello, a cosplayer, dressed as Vengeful Spirit from Dota

Aimed to encourage local cosplayers to go professional and provide them an International platform as well, the event also saw a Joker Cosplayer congregation. When we asked one of the Jokers on what he had said to another, he revealed, “Harley Quinn is mine.”