The news was well received by actor Mark Hamill who has portrayed Skywalker on screen. 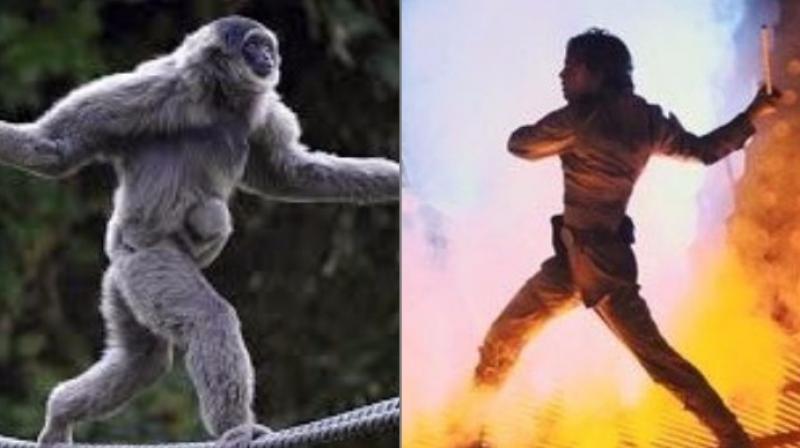 The responses were mostly comparing the gibbon and Luke Skywalker (Photo: Twitter)

Star Wars is one of the most successful movie franchises in the world which has given memorable dialogues, legendary characters and has garnered a huge fan following among audiences consisting of generations across the decades.

Luke Skywalker has been a widely followed character played by different actors over the years and the popularity is such that scientists impressed by the character decided to give the name to a new species of Gibbon which they discovered in south-west China.

The news of the Hoolock Gibbon named Skywalker was welcomed by Mark Hamill, an actor who has played the character previously.

So proud of this! First the Pez dispenser, then the Underoos & U.S. postage stamp... now this! #GorillaMyDreams #SimianSkywalker #JungleJedi https://t.co/JKCe5kZFmJ

Giddy over the Gibbon news-Gobsmacked that ANY species of animal could be named in honor of my character! I'll stop now. #MakeAMonkeyOutOfMe pic.twitter.com/pEdSVkXeMu

The actor’s reaction to the news of the species swinging between trees being named after the iconic character was followed by tweeple giving their own hilarious take on it.

@HamillHimself of course, now I have King Louie in my head

"Now I'm the king of the swingers whoa the jungle VIP" #MakeAMonkeyOutOfMe pic.twitter.com/Jw2tbu8EmB

The Gibbon is not the first species to be named after a popular icons, as outgoing US president has a fish, lizard and parasite named after him among other things and a spider was recently named after a hat in Harry Potter.