Biker Vinay Maurya is set to journey across India to spread awareness about safe riding and the importance of helmets. 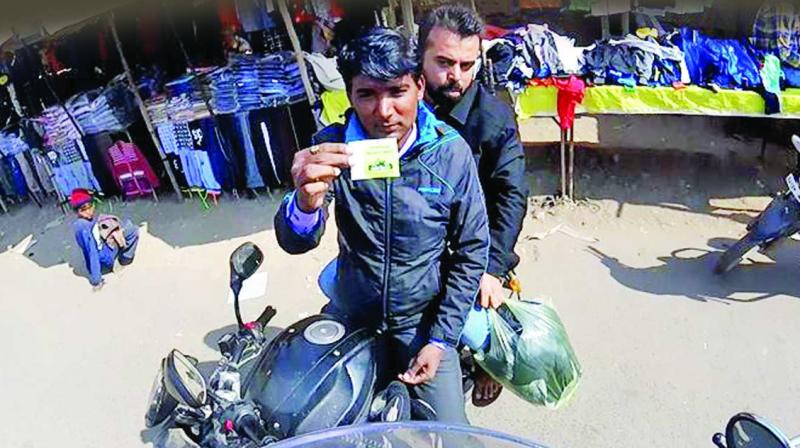 Bikers without helmets who were given the sticker

Though Vinay Maurya has been riding a bike for over two decades and has done his fair share of long-distance trips, the importance of a helmet was hammered home to him recently when he saw an awareness video by Sachin Tendulkar. The #HelmetDaalo campaign that Sachin had begun had a champion in the Mumbai biker.

“When I actually started to take note of how many people ride without helmets, I was shocked. Within the city, people are scared that they’ll be charged or fined by the police. But as soon as you go beyond the city limits, the highways are full of riders who don’t use helmets at all,” sighs Vinay.

Realising the situation, Vinay delved further into research and the number of accidents and deaths due to a lack of helmet made him want to take matters into his own hands and make a difference. “I go on long rides ever so often anyway. So, this time when I decided to take a trip, I decided to use it to spread awareness about safety and why wearing a helmet matters,” he explains.

Although the biker wanted to do an all-India journey, he decided to do a pilot journey through Maharashtra and Gujarat from December 4 to 9, to test the waters. “At first I felt a bit awkward going up to people on the road and asking them to put on helmets but eventually, I would go up to people on their bikes and pass them a sticker that asked them to put on a helmet. I also got in touch with local bike groups, who supported the endeavour fully,” he explains. 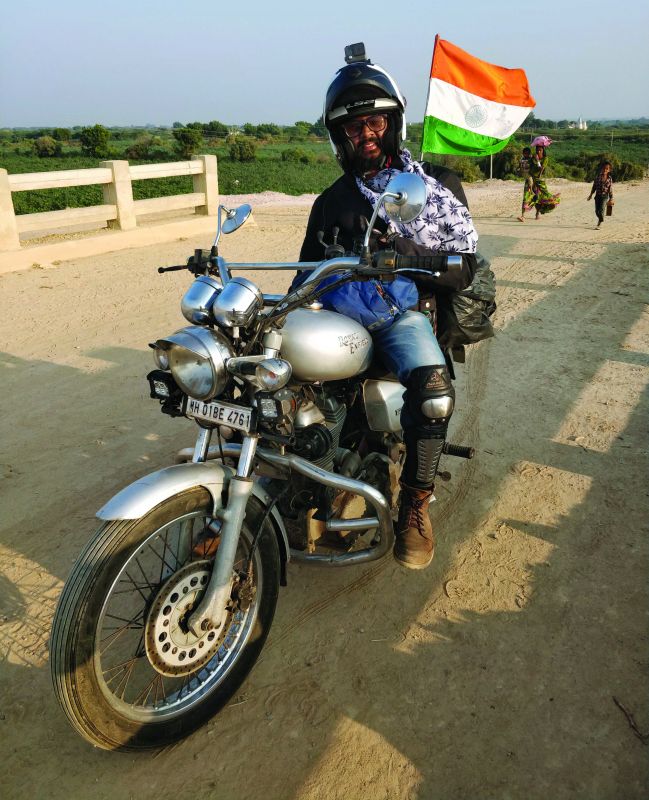 Though the initial trip was a small one, Vinay says that he won several small victories. “I was riding from Baroda to Ahmedabad on the day that cyclone Ockhi was supposed to hit. I decided to check out the weather was and though it was raining heavily, the conditions weren’t so bad that you couldn’t ride. On the highway, I saw two riders who were riding without helmets. So I pulled up beside them, handed them the sticker and kept riding. After a while I realised that they were following me. When I pulled over, they came up beside me to show that the rider was now wearing the helmet that had earlier been dangling from the handlebar,” he recalls with a smile.

With the test ride complete, Vinay is all geared up for his all India tour. The journey will take him through most of the states, including Delhi, Rajasthan, Haryana, Punjab, Kashmir, Uttarakhand, Uttar Pradesh, Himachal Pradesh, West Bengal, Jharkhand, Chattisgarh and Odhisa as well as all the South Indian states. “This time round, I want to be more prepared. So I have already started to reach out to schools, biker groups and iconic bikers in different cities. I’ve expanded my journey to almost every state aside from the Northeast ones. I want to cover those the next time,” explains the biker.

It’s not just the safety of the biker but also of the pillion rider that often gets neglected. Vinay believes that each evil needs to be addressed in time. “You wear helmets to survive, much like you eat to survive. As soon as people realise this, and the culture becomes one where all riders wear a helmet, I’m sure that giving helmets to even pillion riders will become a natural progression,” he asserts.