Entrepreneur with a social conscience

From Thai cooking to farming, this creative mind has always looked to helping society in his endeavours. 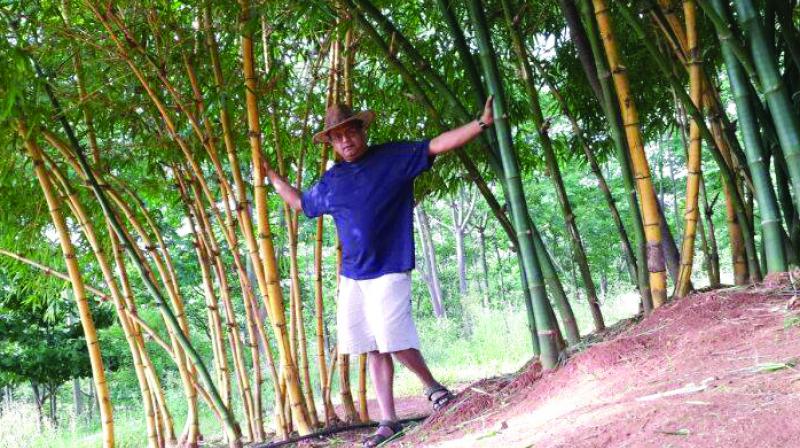 The moment one realises his calling, there’s no looking back. Several years ago, OK Sanjit left behind a high-flying IT business and plush lifestyle in the US to convert a 100 acre barren land in Mysuru into a thriving sty farm (pig farm). CEO of DLG Farms Private Limited based in Kochi, he shifted focus from competition to contribution. Doing it in manifold ways, he has found joy in the simplest and finest things in life.

His entrepreneurial side is just one part of his personality. A well rounded picture comes full circle with his forays as a discerning social thinker, concerned about the education of under-privileged children, the well-being of older people, and someone who finds happiness in preparing a simple meal for his wife and four daughters and master chef of his 10-member kitchen that specialises in a myriad of pork dishes.

Cooking happened, and now his kitchen pursuits tell a different tale. In his early 20s, Sanjit had already made a mark as a successful businessman in Thailand when his company sent him on a 14-day vacation to the US. Smitten by the West, he wanted to make his career flourish there as well.

“I needed sponsorship and an Indian family agreed provided I work as their house help. In the nine months I spent there, I learnt cooking,” he recalls. Upon obtaining a masters’ in computer science, he built his career, brick by brick, gradually creating a world of his own.

His signature cuisine is Thai, something he has imbibed from his four-year stint in Thailand. From cooking for his family, he decided to commercialise his skills.

“At first, I took catering orders in the neighbourhood, and it became successful. The central kitchen was a team of 10 and as master chef, I helmed it,” he adds.

The barbeque expert is nick-named the celebrity pit master. His processed pork products brand is a gourmet hot-pick. The green farm land in Mysuru rears a variety of animals for meat, eggs and milk.

A philanthropist at heart, when it comes to giving back to society, he believes “It is a responsibility, and you can do your bit quietly, you need not have to show what you are doing to others.” For a whole year, he sponsored education for tribal children in a school at Wayanad in Kerala. But, he stopped on finding a large misappropriation of funds. He helps an old-age home at Shoranur in Palakkad, Kerala whenever they ask for help.

Some years ago, Sanjit was also a part of conducting a mass-wedding for 50 financially-backward women. Thanks to his farmland in Mysuru, and the hundreds of employment opportunities it generates, the education and living standards of people living around the area have improved considerably over the years.

But he is forever ideating and learning. Next on agenda is a mobile app to home-deliver cooked products from the kitchen, and a restaurant to serve his signature dishes to foodies.