From tweets to toots

With rampant trolling and account suspension on Twitter, netizens weigh in on German social media platform Mastodon as its replacement. 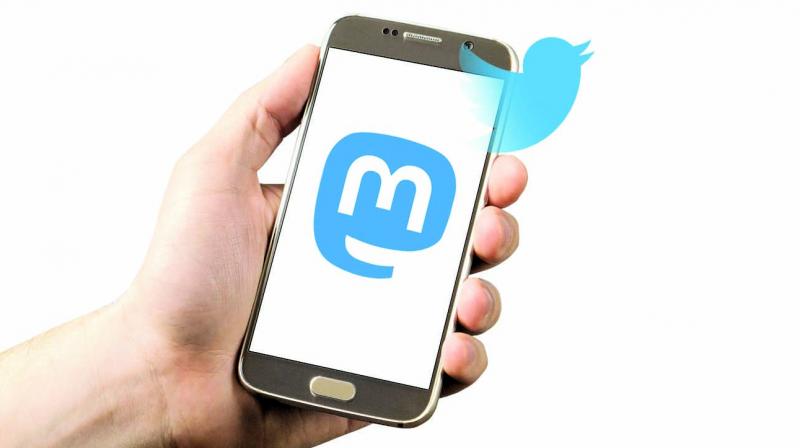 As Twitter indicated that it would not be restoring Hegde’s account, some of the most strident voices on Indian Twitter have decided to boycott the platform and join Mastodon.

Last week, when micro-blogging site Twitter suspended veteran Supreme Court lawyer Sanjay Hegde’s account over some flagged posts, a competitor social media platform called Mastodon started trending on Twitter. As Twitter indicated that it would not be restoring Hegde’s account, some of the most strident voices on Indian Twitter have decided to boycott the platform and join Mastodon. Created by a 26-year-old German software developer Eugen Rochko, the platform has been in existence for three years, and is touted as a decentralised, friendly, and safe social network, unlike the troll-laden Twitter.

“I moved to Mastodon because Twitter is suspending accounts of users who are speaking against the government, thereby disregarding the right to express their opinion,” asserts Advocate Swaraj Jadhav, who recently joined Mastodon. Another user and social media strategist Sonali Agarwal adds that the new platform has a more user-friendly approach. “I have been on Twitter for the last nine years, but it has become insane over the last few years. It has become more like a troll’s space. People start exploiting you for your views,” says Sonali, who joined Mastodon because she finds that users have the freedom to choose their circle of people, and there is no trolling so far.

Upon first look, the design and user experience is akin to Twitter, except that posts are called toots. Toots can be up to 500 characters, a sharp increase from Twitter’s 140. While one would think this can be used for bad as much as for good, users are taking this app as a fresh start and an opportunity to stay away from political biases. While it is unclear whether people have deleted their Twitter accounts for Mastodon, there are several users who plan to be on both platforms. Pune-based entrepreneur Sachin Talreja explains: “As of now, I will be using both platforms just to check which one is better. Mastodon is not very attractive or very different as an app, but Twitter policies are not very clear. I will try Mastodon to check if they have maintained balance,” he says, adding that Twitter is suspending accounts over unprovocative content. “At times they allow verified profiles to write anything unparliamentary and still go unpunished,” he rues.

Lately, Twitter has been at the receiving end of allegations from activists, who note that despite their statement of no public verification of any account, it has continued to verify some users on their side, pointing to discrimination. The social media platform has defended itself saying all their decisions are impartial, but some users still mention that Twitter policies are driven by profit and users are not their primary priority. On the contrary, Mastodon allows users to create their private network and it doesn’t collect user data to sell. The codes of conduct are open source and thus easier for users.

“Mastodon as a platform should potentially learn from where Twitter went wrong, and incorporate the learning in their operations,” says cyber law expert Pawan Duggal. He explains that Twitter hasn’t done much to stop trolling, which was essential. “Victims of trolling on Twitter don’t have any effective remedy, and Mastodon has to provide quick remedies with legal foundation and process to make it more consolidated,” the expert suggests.

Survival of the fittest

However, in an age where social media apps are a dime a dozen, with only a handful continuing to be universally used, one can’t help but wonder whether Mastodon will die a quick death as well. For example, while Instagram became more popular than Facebook, Telegram has not yet outdone Whatsapp. While Sonali thinks that it will survive if the organisers keep a tab on the trolls, public relations professional and Mastodon user Atharva Kale seems dismissive. “I am not sure how long this platform will survive, because using Mastodon is quite difficult. If they upgrade their interface, then they may see more people joining the platform,” she believes. Pawan agrees with Atharva, saying that Mastodon should work on making the app more adaptable and un-alien to Indian users. “Users are becoming more mature, so if Mastodon can come as a viable operator and create a troll-free space as their USP for Indian markets, then it will see more people migrating,” the cyber law expert concludes.