Sri Sri said this in response to student who asked how he should deal with ill-treatment over his sexual orientation. 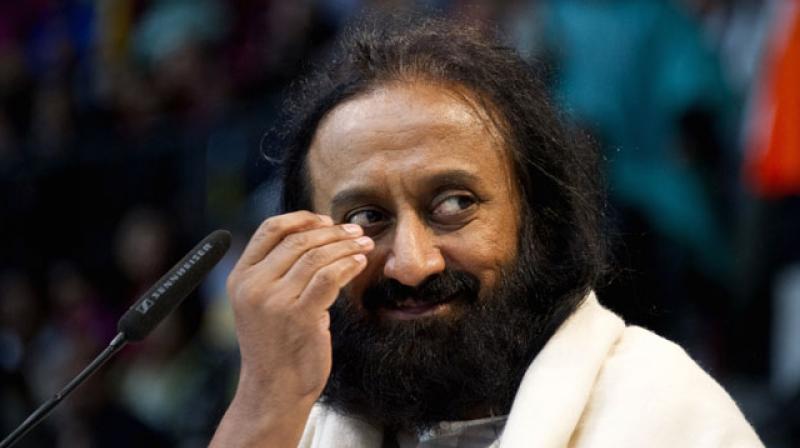 Another Indian leader does it again! Speaking at JNU on Monday, the well known spiritual leader Sri Sri Ravi Shankar said that being homosexual is a ‘tendency’ that ‘may change’ later.

Sri Sri said this in response to a student who asked how he should deal with ill-treatment by his friends and family over his sexual orientation at the 13th Nehru Memorial Lecture at the prestigious university.

His remarks, needless to say, were not taken without a pinch of salt.

Tuesday saw actress Sonam Kapoor correct him in a tweet which read "Homosexuality is not a 'tendency' it's something you are born as and is absolutely normal. To tell someone you can change is irresponsible."

Homosexuality is not a ‘tendency’ it’s something you are born as and is absolutely NORMAL. To tell someone you can change is irresponsible.

According to a story published in The Scroll, this is what Sri Sri had said, “If you stand up, nobody can insult you, but if you feel bad about yourself, nobody can make you feel better. This is your tendency now...just acknowledge it, accept it, and know that this tendency is not a permanent thing. It may change. I've seen many men who were gay later turn into heterosexuals, and there are those who are normal, who are called straight people, end up being gay later in life.”

However, not all were happy,

What is Your expertise in this field? On what basis you are making such definitive statement?

While one montoo questioned the validity of news site claims,

How can an intelligent person like you fall prey to news sites and their claims? Don't you know how they can quote you out of context. It happens to the likes of you everyday. Reacting to some news site was foolish and irresponsible @sonamakapoor

And Kalyani Oswal wrote that things should not be misquoted.

HE never said - ‘You can change’ .. He said ‘tendencies change’..Hear the whole talk and pls stop misquoting..

But there were a few who thought on similar lines,

Because tendency or not, it is high time us Indians learn to stay out of people's pants and not judge someone based on what they prefer doing inside the bedroom. #Srisriravishankar #delhiqueerpride2017 #homophobia #homosexuality

While someone else said,

Cool! He can join hands with Ramdev to ‘cure’ it too 🙄Want to know how many followers he lost?