An upcoming jewellery auction at AstraGuru brings together antique pieces from the royal families with exquisite detailing. 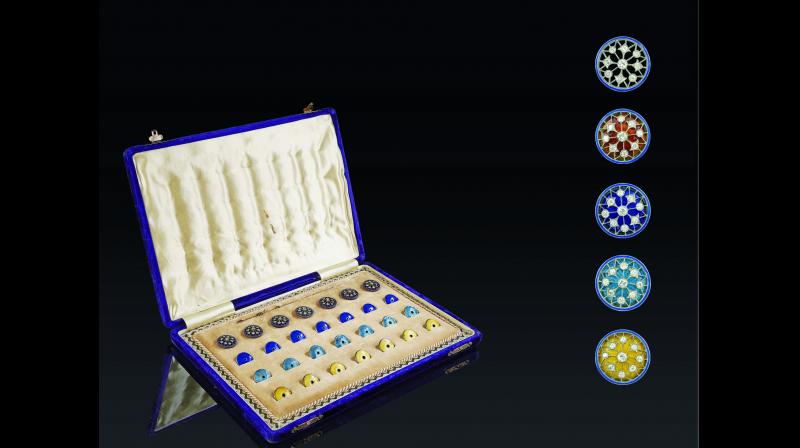 Ranging from 50 to as far as 120 years old, you can find pieces from the Victorian era and Art Deco style pieces.

From detailed chockers to stone-studded bangles and elegant earrings, the Heirloom Jewellery and Silver auction at AstraGuru brings out the best-hidden treasures from the royals of the country. Ranging from 50 to as far as 120 years old, you can find pieces from the Victorian era and Art Deco style pieces as well. Comprising precious materials such as diamonds, emeralds, rubies, gold, and platinum, these intricately made pieces have stood the test of time and will bring a little history to the wearer’s collection.  The online auction will take place on 20th and 21st October.

Talking about the highlights of the collection, jewellery consultant Jay Sagar says, “My favourite is Basra pearl necklaces. Basra pearl is basically natural pearls, and it’s a very nice collection because it’s difficult to come across a collection with one even tone, which is very important in Basra pearl. There is also the spinel necklace that we have; the Mughals considered spinel a very powerful stone. All the royal family will have one, if not multiple, spinel necklaces because they believe the stone protected them.” Sitting at the top of the tier, the five-row Basra Pearl necklace with gold terminals is expected to go for as much as 2 crores.

Apart from the heavy traditional jewellery, the auction also features a few pieces from the Art Deco era, which was the golden era of design in Jay’s eyes. Explaining the impact of the Art Deco style — which came up in France just before World War I — on jewellery, he says, “The Art Deco period was influenced in many things – buildings, jewellery, artefacts and clothes. As far as jewellery is concerned, the designs are very geometrical and there are clean-cut lines and simplicity. Most importantly, the metal used for manufacturing during that time was always platinum, because platinum was the desired metal. Not everyone can manufacture with platinum as it’s a dense metal and tough to work with. But French jewellers developed the jewellery in such a way that it stood out,” the consultant explains.

Highlight-ing a piece from the same, Jay says, “There is one brooch in particular which is made with rock crystal, diamonds and onyx. Such a beautiful small piece, but a perfect example of art deco design.” Made on a base of platinum, the brooch is expected to go for upwards of 3.75 lakhs.

A quick scan through the catalogue and you’ll find pieces with a contemporary feel, like the fluted emerald necklace, priced at 27 lakhs. Jay explains that it’s the work that went behind it makes it a unique piece. “Normally, emerald beads don’t come in this shape. There is a technique where you make grooves in the bead, so it’s not very common to come across beads like this. It’s the facet of the bead, it’s fluted, they look slightly melon-shaped which is rare, that’s the reason we decided to add this,” he says.

Apart from heirloom jewellery, there are also unique pieces like the sherwani button set and gold cardholder. These men’s accessories were included as to not leave them out. Explaining in detail about the button set, Jay says, “These buttons we have were made by Hamilton & Co., an English jeweller based in Calcutta whose main clients were royal families. This set that we have is an interchangeable back disk, means the disk at the back has got different shades of enamels so you can use the button set four times without feeling that you repeated it because it’s four different colours. And back in the day, royal families would wear sherwani buttons every day.”

Even with a slowing economy, Jay is not worried about the auction as he feels that there are always buyers for old jewellery. “What we want to do is educate people that vintage jewellery is the way to go forward now. It’s in terms of an investment, whatever the market scenario is, you would always have collectors or people interested in old jewellery at any point of time,” he concludes.