Delhi residents have once again started to feel the suffocation. 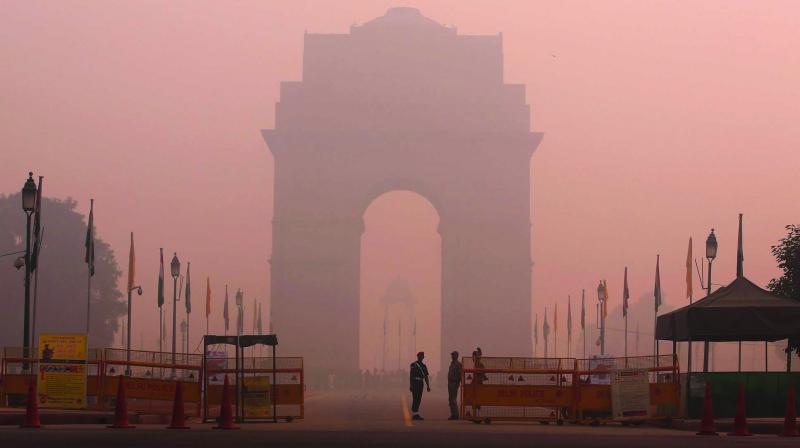 Winter is the time when people usually get to experience the city’s beauty, spared by the scorching sun.

Poor air quality has always been a major problem for people in Delhi. It has been one of the main causes behind many health issues such as breathing problems, skin allergies and so on. Even though Delhiites could breathe easy in the last few months, the air quality index has again plummeted to new lows in the past three days. The national capital witnessed the air quality index shoot up to 256, from 222 on Saturday and 208 on Friday. Delhi residents have once again started to feel the suffocation.

While mask-clad city residents can be spotted everywhere, wearing a mask all the time is not a concrete solution to the constant rate of fall in the quality of air.  Abha Bisht, a 22-years-old Delhiite shares, “I travel on a daily basis from home to office and while doing that I encounter a lot of pollution. I am not able to step out if I do not have a mask.” She then adds that even after wearing a mask, she often suffers from itchiness in her eyes at the end of the day.

Abhinandan Sen, another Delhiite feels that despite the government taking steps like banning plastic and traffic rules, the air quality/pollution continues to remain a challenge. He says, “The air pollution is so bad that it often gives me a feeling of dizziness and headaches. I would seldom have breathing troubles since my college is in Bhubaneswar. But, I can feel the difference in the air quality as soon as I land here.” Sen then adds that the Government’s new plans to control the pollution might be useful and hopes people abide by the rules and measures this Diwali.

But, the steps taken until now have clearly had no long term effects. “It’s a severe issue considering most Delhiites have gotten respiratory diseases from the bad quality air over the past years. It is shocking to see that over the past years, the air quality has seen a notable deterioration, and despite the government making a number of recommendations to combat the problem, we still see that there is no major change as such,” says Riya Gupta, a college student.

Winter is the time when people usually get to experience the city’s beauty, spared by the scorching sun. Nandini Agarwal, a college student, laments, “It’s honestly not a nice experience to go out during the day anymore because of how much the weather is affected by the pollutants in the air and it has really interfered with our lifestyles.”