In the name of God

The Indian community in Australia is offended at Lord Ganesha being featured in an ad to promote consumption of lamb meat. 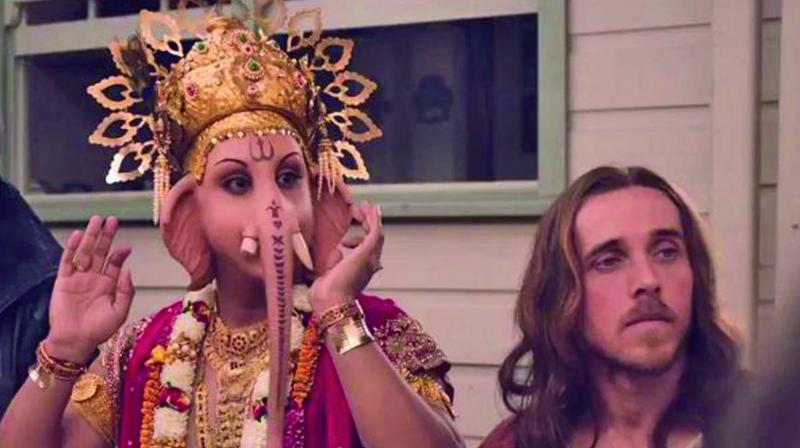 Be it the TV commercial from industry group Meat and Livestock Australia.

An Australian ad that shows Lord Ganesha having lamb has  raised two pertinent questions — how ignorant is the West about Indian culture and how offended should we be. Authors who write on mythology answer.

The Indian community in Australia is offended at Lord Ganesha being featured in an ad to promote consumption of lamb meat. In the TV commercial of Meat and Livestock Australia, a number of religious figures including Lord Ganesha, Jesus and Buddha are seen enjoying a lamb-based meal and raising a glass to the meat. The elephant-headed Lord, according to Hindu mythology, is a vegetarian, as are most of our gods. Many took to social media to express their anger and the Indian High Commission in Canberra said it had taken up the issue with the Australian Government over the ad that “hurt the religious sentiments of the Indian community”. In the past, incidents like supermodel Heidi Klum dressing up as Goddess Kali and singer Katy Perry posting an image of of Kali had strongly offended the Hindu community all over. Closer home celebrity hair stylist Jawed Habib had to apologise for a print ad that showed Goddess Durga and other Hindu gods and goddesses at one of his salons. But are we being logical in demanding an apology from people who seem to know little about our culture?

Author Anand Neelakantan thinks that the ad was stupid because Ganesha is the Elephant God and an elephant will not eat lamb. “Even if the ad filmmakers had chosen to be insensitive; at least they should have done their research to choose the right kind of god. They greatly lacked common sense,” he says and goes on to explain, “The West has always been insensitive to every other culture except its own. This is nothing new. Leaving aside the scholars, people in the West know next to nothing about Indian or Chinese or Japanese culture. Also in cultures where one believes in only one absolute god, the tendency is usually to mock other god-like figures. In India too, don’t we make fun of the sub-cultures?” 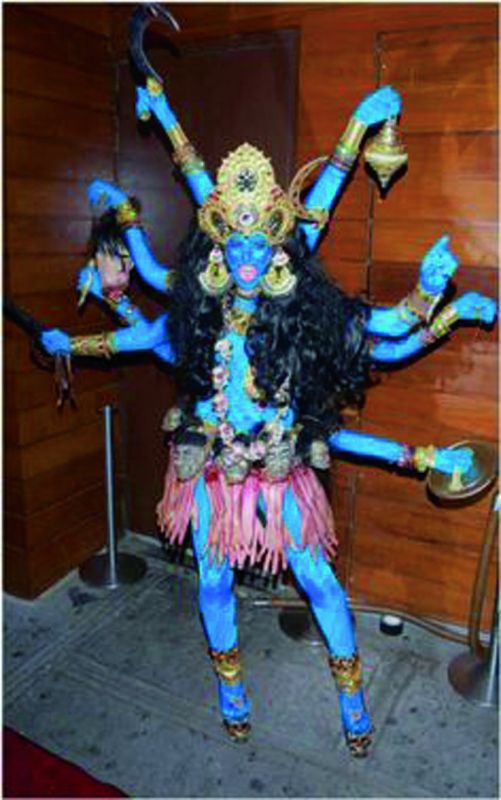 Based on her impression from the internet, author Meenakshi Reddy Madhavan thinks Europeans, Americans, Australians et al are fascinated by our deities, and not necessarily find it funny. “Hinduism, with so many gods, is like no other religion and thus, it becomes a subject of interest. Foreigners get excited to visit our temples that have so much life and colour in them. When celebs do it, I think they do it out of ignorance and thoughtlessness. They don’t do it with the aim of mocking any religion, they are just too lazy to learn about the significance of the image. The fierce-looking Goddess Kali could appear to be a symbol of feminism to someone,” says the author of The One Who Swam with the Fishes.

While Hindi author Aasha Prabhat thinks that there should be some procedure in place to ‘teach a lesson’ to those who mock someone else’s religion, Anand feels we are overreacting. “Everyone has the right to be idiotic. We are so bothered because we are insecure. We want respect from the West. We are carrying a colonial baggage. The matter really is nothing to be worried about... every religion is playing the competitive game of getting offended. We have seen fatwas on mere cartoon sketches. A lot of godmen narrate a lot of jokes on gods and their devotees laugh at the jokes. It doesn’t make them less of a believer. So, we shouldn’t really lose our sense of humour,” suggests The Rise of Sivagami author. 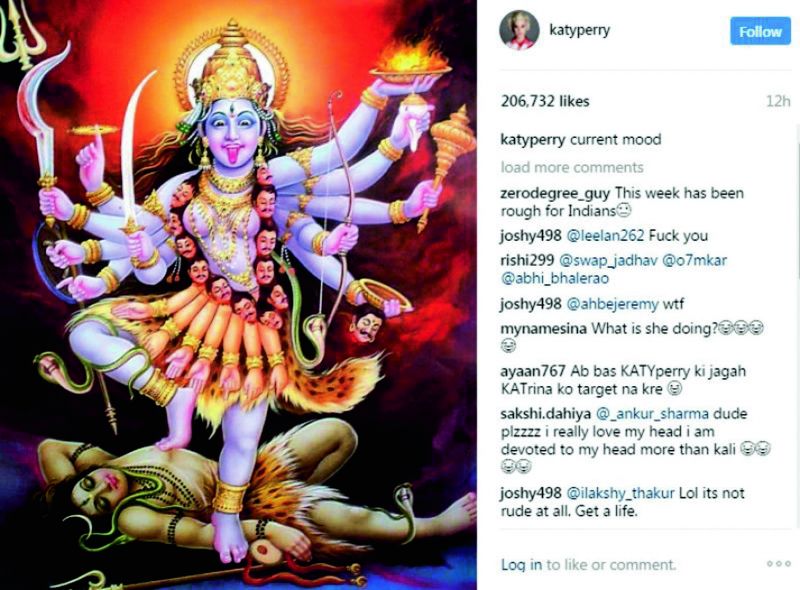 Meenakshi offers a solution for ‘getting back at them’. She says, “As we get more modern, our religions have to evolve in a sense that we need to have more conversations than protests. An image or video that mocks the deity has to be answered with another image or video that explains the religious context of why the deity looks like that.” 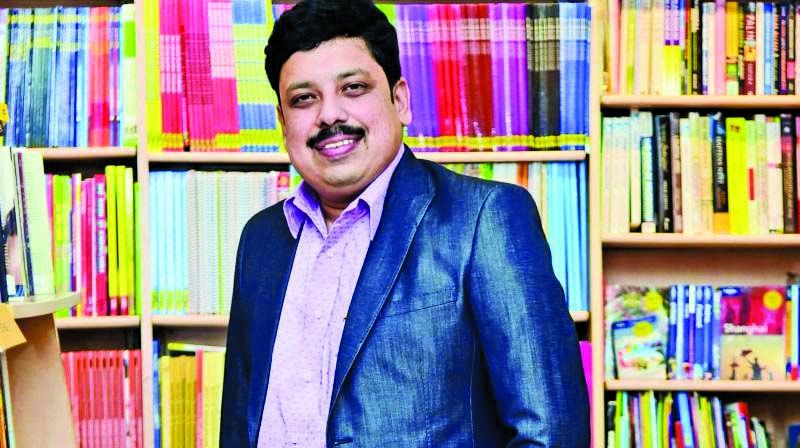 Unlike Anand and Meenakshi, Sita: Warrior of Mithila author Amish Tripathi is yet to see the ad. “I won’t generalise but like Indians are ignorant about foreign cultures, foreigners also don’t know a great deal about the Hindu religion. There are many who know a lot about other cultures and also those who are completely unaware. As far as whether we should be offended or not, I’d say if someone has the right to do something, another person has the right to oppose it, as long as they both don’t indulge in violence. The freedom of expression works both ways. When there can be no difference of opinions, then it becomes an elite privilege,” he says.