The far northern tip of a remote Scottish island is up for sale after being uninhabited for almost 80 years. 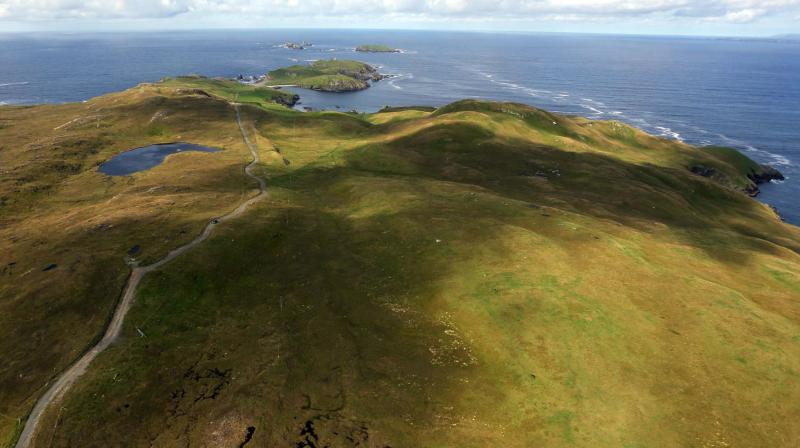 The Shetland Island owned by David Murray is now on sale for £600k. (Photo: NeilRisk.com)

The 98-hectare Fethaland croft, in North Roe, Shetland has been a part of David Murray's family for over 150 years, but he is selling it because of health reasons.

His father, Douglas Murray, was the last person to be born there, before moving to North Roe in 1944.

"Fethaland itself is unimaginable, there's no place like it,' he said to the Daily Mail. "The wildlife is just phenomenal. You quite often see killer whales, puffins, even ospreys. I can't do it justice."

He added that selling the property was heartbreaking for him, and that he preferred to sell the whole estate altogether.

It's on the market for £595,000 alongside three smaller crofts, one of which has a four-bedroom family home. Murray blames health reasons for the sale.

The Fethaland is the largest of the four crofts and encompasses the north-most point of the mainland. It contains a number of archaeological sites, this includes an Iron Age house and a Viking quarry.

Although it is uninhabited, Fethaland is a popular scenic site and is frequented by walkers and tourists. There is also evidence of human settlement from prehistoric times on the island.

The Shetland Museum in Lerwick allows visitors to explore the area virtually, by means of a video-game style simulation. Letting people 'walk' around the landscape and learn about its history.

The remains of 23 buildings are situated on the property, although a number of these structures have collapsed due to coastal erosion according to a survey by Historic Scotland and Shetland Amenity Trust (2010). More structures are thought to be at risk.

The peninsula is also part of a Site of Special Scientific Interest, and is protected and administered by Scottish Natural Heritage (SNH). This means that the SNH's consent is mandatory for any development on the site, this includes building, demolishing and even modification of any features.

The site is being sold by Neil Risk Solicitors. The Daily Mail reported them saying, "Fethaland is known for its incredible scenery, and maritime and Viking history. Along with the other crofts it would be ideal for someone looking to experience rural living in arguably one of the most beautiful places in the UK."