Depicting the plight of the fourth pillar

While Indians are only waking up to the need of the hour, the threat to women journalists worldwide has been around for years. 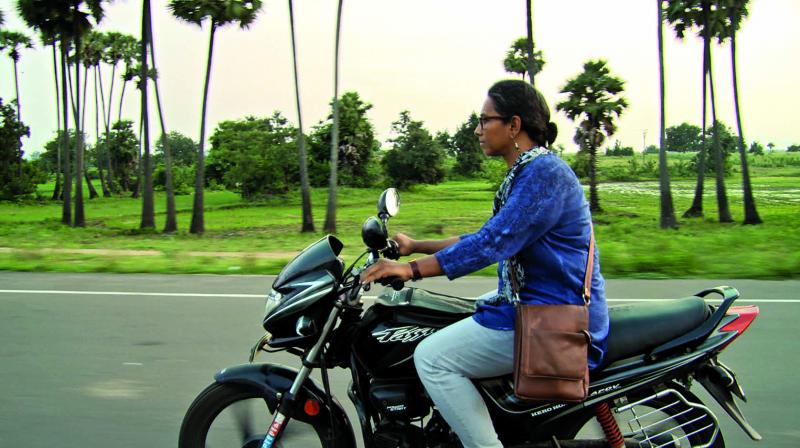 Nupur Basu’s documentary on the plight of women journalists in a world that finds them dispensable if they err on the side of dissent, comes at a much-needed time.

While the country’s fourth pillar is still reeling from the blow dealt to it through Gauri Lankesh’s murder, one journalist has been cautioning them about the gap in safety faced by women journalists for months. Through her documentary film Velvet Revolution, former TV journalist, documentary filmmaker and media educator Nupur Basu, has shown the plight of female journalists in a world which no longer hesitates to end the life of one of their number.

The film, made in association with The International Association of Women in Radio and Television (IAWRT), combines the work of six journalists from across the globe who sought out relevant stories from their countries and sent them to Nupur, who collated them according to her vision of the film. While the initial screening of the film happened in March, the film is now being screened in the city, in light of recent events.

While Indians are only waking up to the need of the hour, the threat to women journalists worldwide has been around for years. For years now, Nupur has been reiterating the fact that we are “missing our own story”. “There has been a worldwide alert by organisations monitoring journalists’ safety issues on how the numbers of attacks and targeted killings of women journalists is on the rise. I have been concerned about this issue for a while. When the opportunity came to make a film on this, I decided to take it. That is how Velvet Revolution came about. Gauri’s horrific assassination has just brought the issue close to home for Indians,” explains the ex-television journalist.

When IAWRT asked Nupur to make a film on issues that women journalists face today, she wanted to go beyond the age-old topic of women being marginalised in the work field and barred from the newsroom. “I came on-board as the executive producer and decided to make the film on the challenges that women face in covering conflict worldwide. I worked with five other women filmmakers from IAWRT in different parts of the globe and made the film. We have journalists from Philippines, India, Bangladesh, USA, Cameroon, Afghanistan, Syria and the UK telling us how state and non-state actors are attacking them and made their profession a really dangerous one,” she says.

The challenges that these women face are two-fold — the physical threat to their person, and the threats piled upon them via social media. While some countries have it worse than others, India too has joined the list of nations where the voice of dissent is silenced violently. “It has been seen that women journalists face double threats — first, in the form of personal attacks and secondly with the atrocious trolling on social media platforms in the most misogynistic way where they are threatened with rape and kidnap of their loved ones. You are seeing its ugliest face even post Gauri’s assassination. It is truly unbelievable that there are open threats by trolls to assassinate other women journalists,” argues Nupur, who has felt the lack of safety keenly herself when covering events across the world. “There have been times when one has felt insecure while filming in places like Peshawar in Pakistan or in Sri Lanka, or Afghanistan but today, very sadly, in India too we women and men journalists who speak truth to power, feel unsafe,” she laments.

One of the stories that Nupur especially wanted to tell was that of the present editor of the Bangladeshi blog, Muktomona, Rafida Bonya Ahmed, whose husband was murdered before her very eyes and who herself escaped death by a hair. Another is the story of a Malini Subramaniam of Bastar, who was driven out of her home for stating uncomfortable truths about the state of tribals there.  “It is tragic that we had to lose Gauri to draw the attention of people to the issue of growing attacks on women journalists. But to be fair, Velvet Revolution has resonated very well with the audiences that have seen it in different countries so far. I think the gravity of the subject will only get sharper after our personal loss in Bangalore,” she signs off.

The screening will take place on September 29, At Godrej India Culture Lab