With many incidents of animal cruelty being reported, experts and Delhi-ites weigh in with their analysis, views and suggestions. 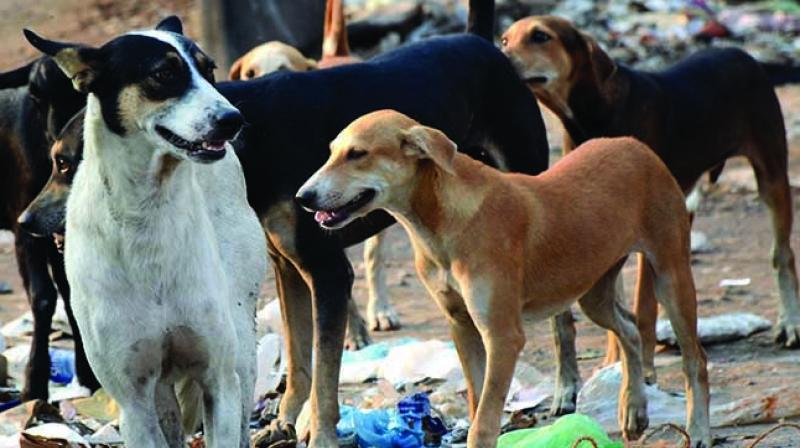 Numerous incidents have been reported where dogs have been brutally slaughtered.

There is a possibility that some day there may be no animals on this planet. According to the IUCN, more than 28,000 species are in the threatened category meaning that they are almost on the verge of extinction.

That is just the tip of the iceberg. Animal cruelty has skyrockketed to a degree that a stray domestic animal cannot even seek shelter. Recently, a stray-dog Lucky was allegedly beaten to death by a few security guards in a Worli building in Mumbai. During the course of treatment, Lucky was in Coma and died after fighting for his life after 13 days.

The incident triggered immense anger prompting Anushka Sharma to start a campaign called #JusticeForAnimals. John Abraham too expressed empathy for Lucky in a series of tweets. Whereas, Sonam Kapoor Ahuja too took to Instagram posting a picture of Lucky severely injured Lucky.

Another incident that has made people cringe is the ongoing poaching and hunting of baby seals in Canada. But, that is not where animal cruelty ends. Last year a goat was allegedly gangraped and then died. It was also noted that the goat was pregnant.

In order to understand what causes humans to be mean to animals to the extent that they are harmed. Dr Anuneet Sabharwal, MBBS, MD, Physiatrist, says, “People may abuse animals due to lack of education and awareness, disrespect towards other beings. Animal cruelty is also regarded as an indicator of dangerous psychopathy. He then adds, “Animal cruelty in childhood is linked to anti-social and criminal behaviour later in life. In most cases,animal cruelty doesn’t feel like an immoral act to the person who commits it. There is a complete lack of insight. On the same subject, Dr Malini Saba, psychologist, says, “If someone is mean to an innocent animal, it means there is something wrong with that person. It's possible that they could be sociopaths or schizophrenic. And if they hurt animals for fun, then I think the word ‘sadist’ suits them.” She  points out, “Many researchers have shown that people enjoy animal cruelty if they’re associated with Homicidal Triad which happens due to parental abuse, parental neglect and witnessing brutality.”

Triad which happens due to parental abuse, parental neglect and witnessing brutality. They learn thisantisocial behavior in their childhood from the people around them,” adds Dr Saba.

There has also been a phenomena where there have been instances which show photos and videos uploaded on social media to which Dr Sabharwal elaborates, “Repeated exposure to violence and cruelty normalises it in the person’s mind. Further still, the exposed persons are at risk of acting out similarly themselves, role modelling after what they see on social media.” Dr Saba adds, “It certainly shows that we as a human have started endorsing pain for laughter. It always shocks me to think of someone standing by with their mobile phone, filming an animal being abused and does nothing to rescue that animal. The person who likes or share these videos start enjoying the pain which is a trait of sadistic personality.”

Divya Parthasarathy, founder, Tails of Compassion and an activist, feels that incidents of cruelty may not have increased in the last couple of years but they have been reported more openly. “We are looking at the world with a very distorted lens. It is almost like a pyramid that we are like self-proclaimed beings,” she says. She feels that there are two ways where people can made to love animals. She believes that law enforcement may not make someone love animals, but it is something that is enough to instill fear amongst those who would think of indulging in activities related to cruelty. She also does not define cruelty as abuse solely.

She cites the example of Jallikattu (bullfighting in Tamil Nadu) wherein she met a person who is a dog lover but is okay with jallikattu. “It’s like culturally conditioned compassion. You like dogs, you feel pain then what about the bull?”

She points out that people are not even aware that they are causing harm to animals in their activities. “The sacrifices we have during festivals, people talk about a certain festival but what about other festivals? That’s where the problem is; people bring in religious sentiments; it’s not about religion, it’s about cruelty.”

Vidhi Panwar, an animal lover expresses, “The whimpering of stray animals on the street is not a foreign sound to many of us living in India. Despite the stringent laws were created to protect the voiceless, animals in India are victim to violence and abuse. The overall lack of compassion and empathy is what I would attribute to the heartlessness shown towards animals.’

Another animal lover, Khyati Arora, expresses, “People don't understand that animals needs the most care as they can't express their feelings which most of the humans are privileged.” She then adds, “Each and every animal needs care and help to have  a healthy growth and life. From food to physical and mental health.”

Dr Saba suggests, “There is no easy solution for preventing animal cruelty, it’s directly linked with the parents and upbringing environments. Parents should have pro-social behavior like feeding birds, treating pets as a member of the family, can make a positive lasting impression on children.”