Stories at the museum 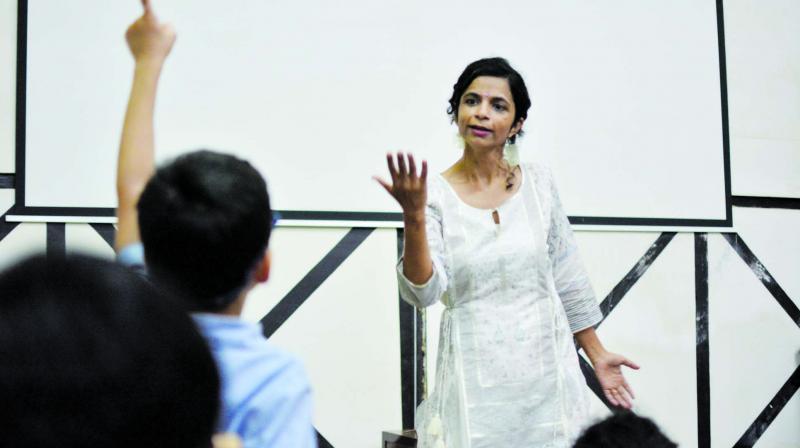 They say storytelling is an art, but Ulka Mayur marries storytelling with various art forms, like music, drama and dance to tell stories in a fun way. At Discovery of India with Folk Tales, an event put together by Dr. Bhau Daji Lad Museum and Story Circus - a storytelling platform founded by Ulka and her husband – one got to witness this mesmerising confluence firsthand. At the event, Ulka, a versatile artist who dabbles in writing, direction, dance and storytelling, performed four lesser-known folktales for the audience; and though the target audience was children, the presentation garnered applause from the little ones and their parents.

“When my son was little, I realised that there wasn’t enough diversity in children’s stories. The ones available were either fairy tales or mythological stories. India has a rich tradition of folktales, so I decided to collate folktales from different regions and devise an interesting way of narrating them,” says Ulka, who has been performing stories for the past seven years.

Inside the museum’s Education Centre, where the event is underway, children watch in awe as Ulka transforms from one character to the next. There is the meek Bhopoluchi from Punjab, who braves her own insecurities and two conniving relatives, to find freedom and happiness. Then, Ulka moves to Tamil Nadu, where a boy called ‘The Jasmine Prince’ disperses the flower’s fragrance every time he laughs. This story saw Ulka metamorphose into Tamanna, a parsimonious man who refuses to spend even one rupee on a coconut. “One rupee for a coconut? Aiyyo! What is the world coming too,” was his refrain. 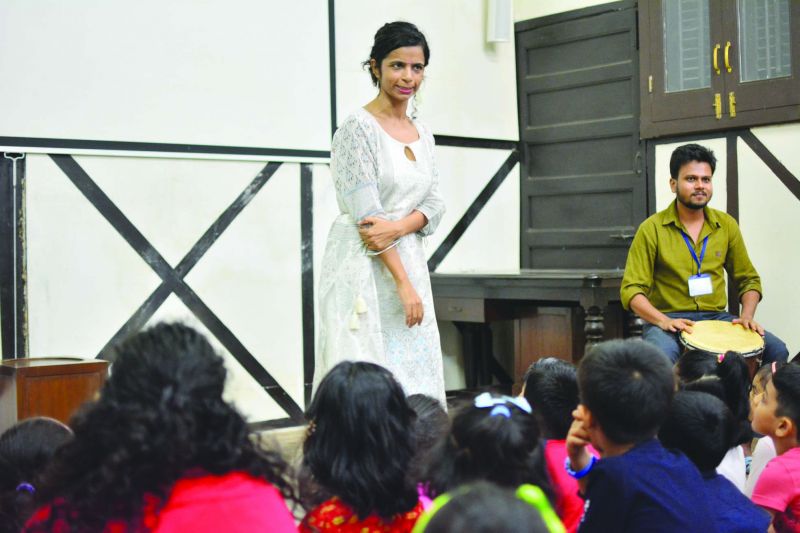 “Most of my stories have at least one catchy refrain,” explains Ulka. “It keeps children hooked to the story as they anticipate it, and gradually, even join in saying it.” While Ulka’s stories are inspired by folktales, she makes a few tweaks to keep the story relevant and age-appropriate. “Sometimes I combine multiple stories, rewrite a few parts or create new, layered characters to make the stories interesting. I also try to infuse information about the culture of a region as this helps children discover diverse traditions and practices,” reveals the artist.

And there isn’t a dearth of diversity at all, as Usha now moves to Maharashtra, where she tells the story of two girls named Ekeshavli and Donekeshavli (because they have one and two strands of hair respectively). While the story imparts a poignant message, that of the importance of kindness, Ulka fuses the layered narrative with music created on a keyboard and djembe. “You have to think of every performance as a rock concert. Music, when coupled with exaggerated expressions and dialogues, helps capture the attention of children,” opines Ulka. 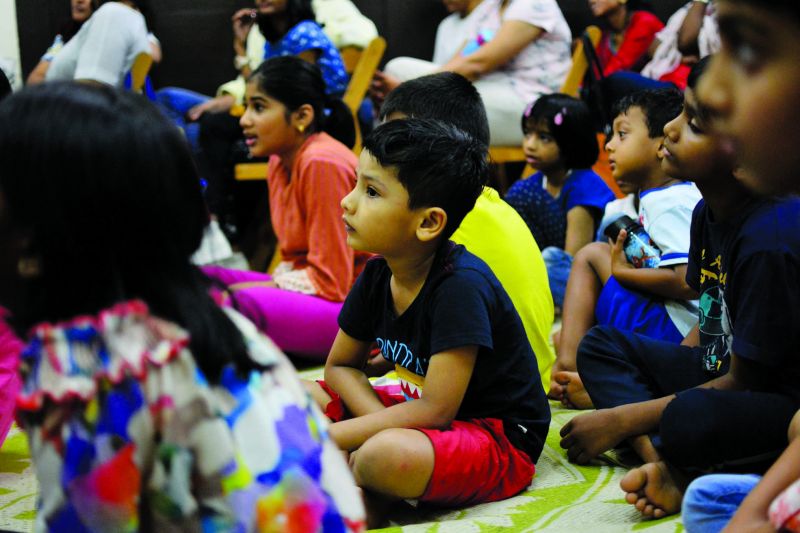 A child listens with rapt attention

Ulka’s last story is located in Madhya Pradesh, where a little boy, who loves drums, is rewarded time and again for his benevolent actions. After the story, Ulka instructs the children to think of one gift they would like to give their mother. “But what about the fathers,” asks one dad in the room, and the audience burst into laughter.

The storyteller isn’t a stranger to sticky situations, as she says. “Children can be a handful sometimes, but I’ve realised that they are the most honest critics. I believe that I have grown so much as a performer because of their feedback. As adults, we have developed the art of masking our disinterest, but children are unable to do that; their candid reactions motivate you to stay grounded and work hard,” she concludes.