One such trend that has set social media abuzz is a smoking new dessert that allows one to blow out smoke without a fire. 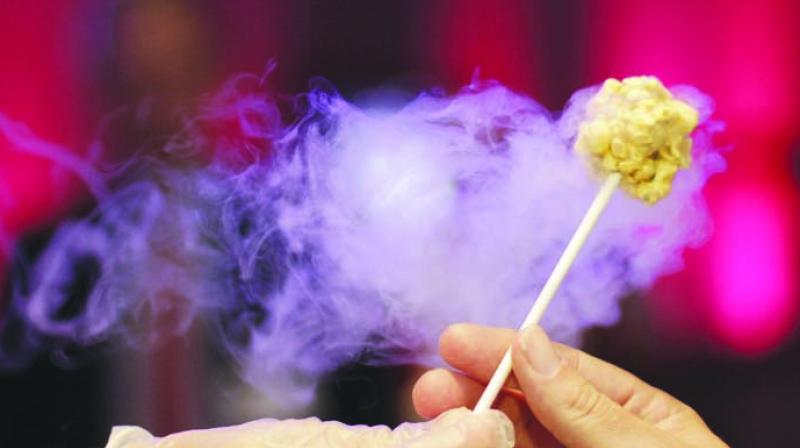 After the dangerous Kiki challenge, social media is abuzz with a smoking new dessert that allows one to blow out smoke without fire. The ‘Dragon’s Breath’ trend involves eating candy dipped in liquid nitrogen, that can actually lead to serious health issues.

Molecular gastronomy is a scientific discipline which is taking cuisines to the next level, but its misuse can lead to serious health issues, warn industry experts.

One such trend that has set social media abuzz is a smoking new dessert that allows one to blow out smoke without a fire. ‘Dragon’s Breath’, invented by Chocolate Chair, a cafe in LA, actually lets one breathe like a dragon! But unlike the fire breathing dragon, in this case, the smoke is actually caused by liquid nitrogen.

And while liquid nitrogen may be the trendiest element in modern cooking, is it really safe? Recently, a man from Delhi gulped down a drink mixed with liquid nitrogen only to experience extreme abdominal pain and breathlessness. Doctors later found a huge hole in his stomach!

Zorawar Kalra, who runs several restaurants based on molecular gastronomy (such as Masala Library, Masala Bar and Farzi Cafe), feels, “Molecular is a much-abused word and there are many restaurants that use it as a gimmick.”

Chefs are using cryogenic techniques in their gastronomy, but celebrity chef-turned-entrepreneur, Ranveer Brar says, “Right now, because of lack of regulations, everybody is trying their hand at it and that’s what is causing chaos. There needs to be a certification, and only a certified handler should be able to use liquid nitrogen.” 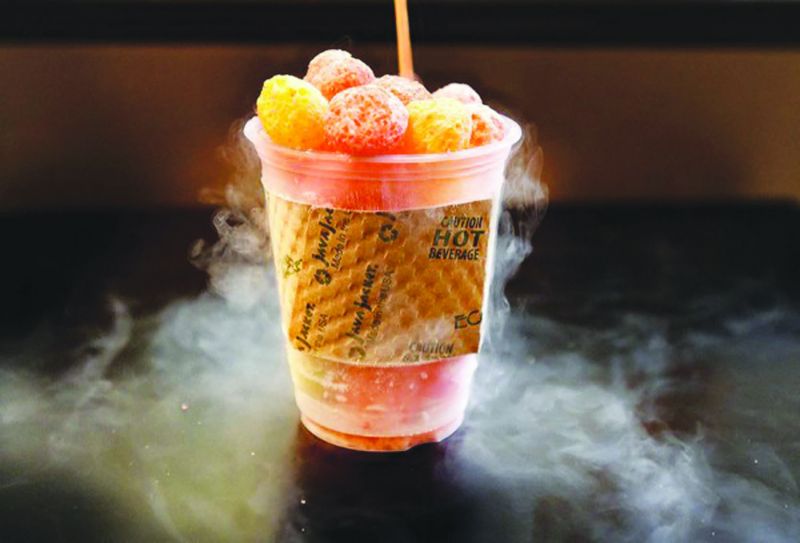 ‘Dragon’s Breath’ was originally created by dipping flavoured cereal balls in liquid nitrogen to freeze them. It had a dramatic vapour effect when eaten due to the difference in temperature.

It’s a fact that molecular gastronomy uses liquid nitrogen in abundance. Be it delicious desserts or fancy cocktails, many restaurants serve them with white cloud-like smoke that adds drama to your dish or drink. Shankar Krishnamurthy of Deli9 warns, “As a chef, I would say food should be sensible. While trends are fun, it has to be 100 per cent safe from all angles. There are enough opportunities to add the fun quotient in every area of life. But it has to be logical and definitely not harmful to oneself or anyone else.” He adds, “We should know the science of food and beverages and the fundamentals that don’t cause any harm on consumption.” However, in spite of warning signs that liquid nitrogen can be dangerous and one should not touch or ingest it, breathing “smoke” is often shown in appealing videos on YouTube and other social media.

“Liquid nitrogen, if used properly and using protective gear like gloves and eyeglasses, is safe for the staff. But direct consumption will create issues. By itself, it’s ok, but only after the drama of gases dissolves, is it safe for use,” adds Shankar.

But what could possibly go wrong after having candies that taste like cereals dipped in liquid nitrogen? Shatbhi Basu, Beverage Consultant and Master Mixologist, explains, “Dragon’s Breath was originally created by dipping flavoured cereal balls in liquid nitrogen to freeze them. It had a dramatic vapour effect when eaten due to the difference in temperature. However, most people worldwide have stopped this because of the many accidents that it has caused. The extreme cold from liquid nitrogen can burn your mouth. Unless you use it with knowledge and care, it’s extremely dangerous.”

The fad started in the US and these colourful icy candies are attracting many around the world, especially teenagers and young adults. “While liquid nitrogen looks beautiful in food presentation, I personally believe it shouldn’t touch the food that we consume. The fast cooling and then consuming could change the texture and composition of the ingredients. And there is no way of knowing the harm it could do,” says Chef Chalapathi Rao.

Unfortunately, many people get taken in by these fads. “My advice to people in the food and drink business is not to encourage the use of liquid nitrogen. Nothing justifies even the chance of getting hurt,” warns Shatbhi. 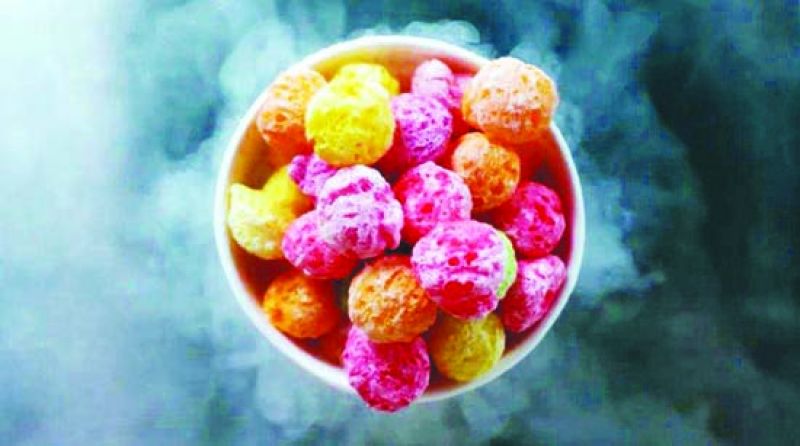 While this may seem to be a fun and harmless activity, it is as dangerous as it gets. Already, reports of people experiencing pain, swelling and suffocation are making headlines everywhere. “The small drops of liquid nitrogen on your skin or tongue usually shouldn’t pose much of a hazard, but extensive contact from drinking the liquid or the snack could cause severe damage to your mouth, esophagus and stomach. Liquid nitrogen must be fully evaporated from the meal or drink before serving and consuming to be safe. Avoid use in kids and pregnant ladies and avoid direct contact with the eyes,” cautions Dr Shaeq Mirza, consultant physician, Apollo Hospitals.

Since this food science involves liquid nitrogen fumes or dry ice, concern about its repercussions on our health is but natural. But most experts say too much of anything can be dangerous. “I don’t think we should restrict chefs and bartenders, but we should certainly equip them with the right knowledge,” sums up Chef Ranveer.